Along with Portrait Photography, Landscape Photography is one of the most popular forms of photography. Capturing images that do the great outdoors justice can be difficult, but so long as you're willing to put a little work in, it's certainly not too difficult.

In this article I'll share five tips that will hopefully help you understand more about what it is that really makes a great landscape photo. 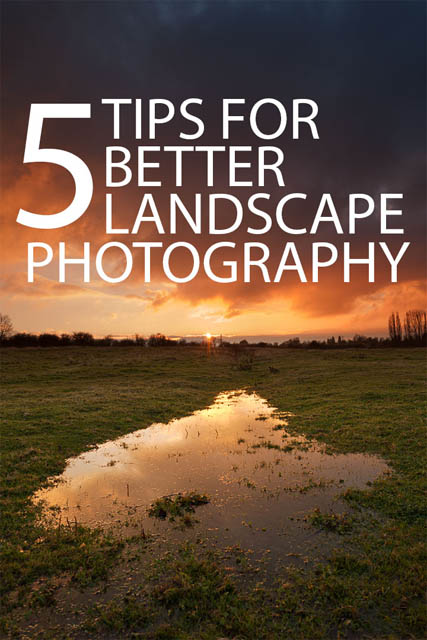 People often seem to think that you need to travel to exotic locales or National Parks for great landscape photos. But in truth, you're much better looking for landscape opportunities in your local area.

One of the keys to a great landscape is the lighting. If you travel somewhere new, what are the odds that you'll find a subject / scene that would make for a great landscape shot, plus lighting that really complements the scene?

A scene can also look quite different, just by shifting your camera a few feet. Combine this with the differences brought about by time of day, weather, and seasons, and you can get a large variety of great landscape photos from just a small area. 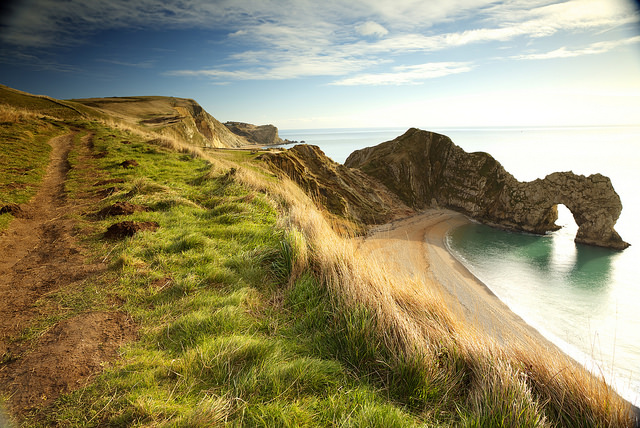 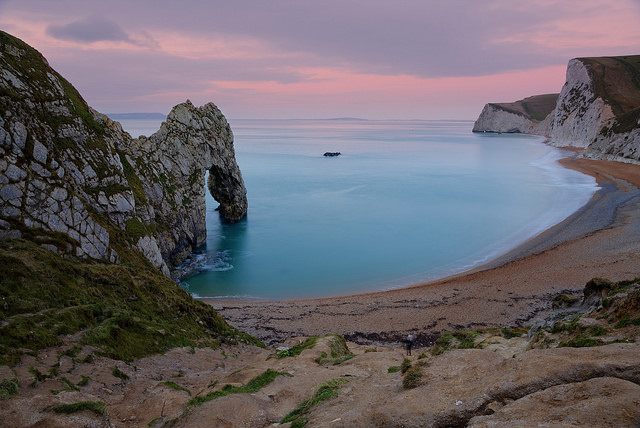 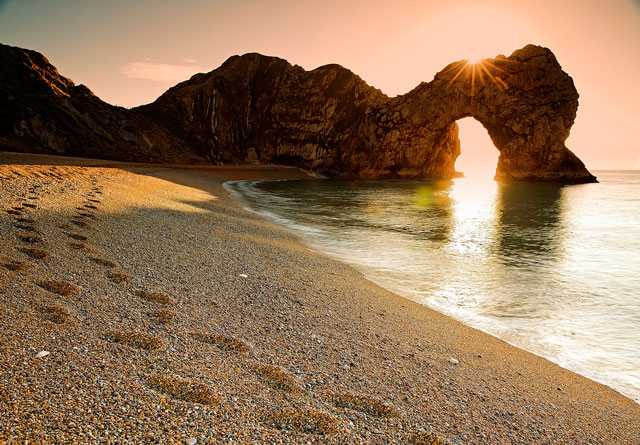 Another good thing about shooting close to home is that you can feel much freer to experiment and make mistakes. This makes it much better for learning and improving your photography. If you've never shot HDR before (for example), it wouldn't make sense to try it when traveling somewhere new, and possibly ending up with a messed up photo of a location you can't go back to.

Whereas when taking photos locally, you can feel free to try it out. If it doesn't work out, you can just try it again. You can gradually hone your technique, learning how to use it effectively in a variety of lighting conditions. There's no pressure to get it perfect straight away.

You don't need an expensive camera

You can get great images with any camera, and this is particularly true with landscape photography. With a landscape photo you typically want as much of the scene in focus as possible. And you'll often be shooting in light levels that allow you to hand-hold the camera. For scenes in lower light levels a tripod and slow shutter speed can be used, as the scene won't move so you don't need to worry about getting a blurry image.

So you don't need an expensive DSLR with a fast lens that can give you a shallow depth of field and allow you to shoot at fast shutter speeds in low light. If you have expensive gear, feel free to use it for landscape photography. But the results won't be massively better than a compact camera, or even a phone camera with an app that offers manual exposure control. 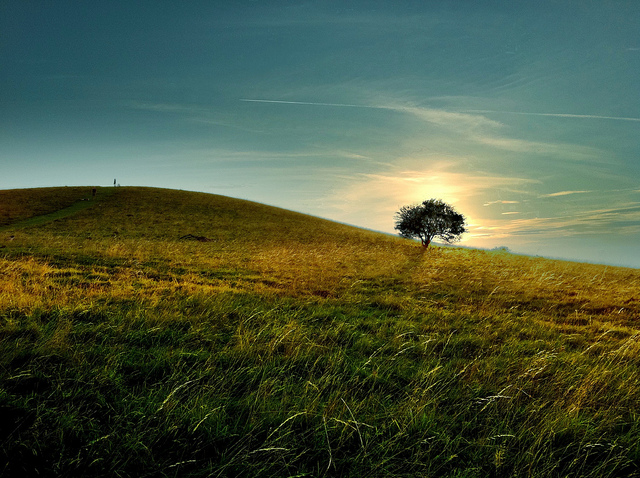 An expensive camera can make things a bit easier. Or allow you to produce large prints of your work. But really the camera is pretty unimportant. Light, exposure, and composition are much more important to a good landscape photograph than the camera you use.

Understanding exposure is very important, not just for landscape photography, but for all types of photography. Learn about the exposure triangle, and the way the ISO, aperture, and shutter speed settings play off one another. 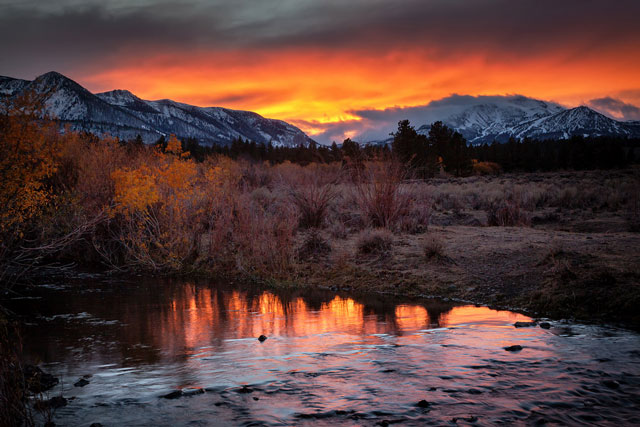 Learning how the exposure settings affect the image is not just learning how to control how bright or dark the image is. But rather it is learning about how the settings work together, and which settings to change to get the image brighter or darker without negatively affecting a different aspect of the image.

Carrying on with the subject of exposure, one of the big issues with landscape photography is dynamic range. The dynamic range of an image refers to the range of brightness levels that the image contains.

A common theme of many landscape photographs is shooting towards the sun when the sun is low, near the horizon. This results in a scene with a very high dynamic range - the sun is very bright, but the landscape in front you, particularly areas that are in shadow, will be comparatively very dark.

A common method used by landscape photographers is to use a split neutral density filter. This is a filter that you place in front of your lens. One half is transparent, the other is slightly darkened. The dark half you align so that it covers the sky, bringing down the exposure for the sky. You can then expose for the landscape, and get an image with both the landscape and sky exposed nicely. 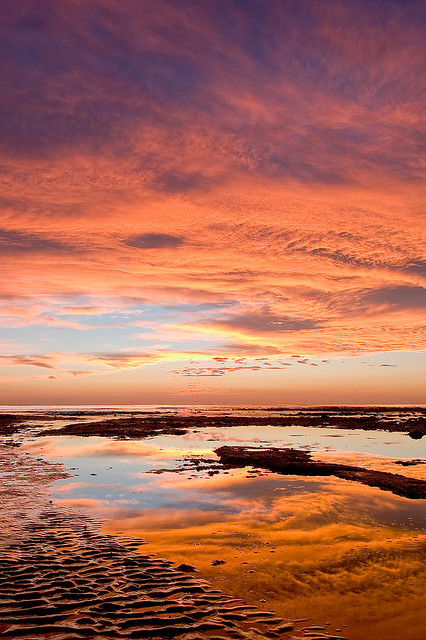 I don't want to go too much into these filters here, but they are available in a range of strengths and fittings. I recommend a 2 stop (ND0.6 / ND 4x) or 3 stop (ND0.9 / ND 8x) hard edge (or even better, reverse grad if you can afford it) slot type filter.

Another quite common method to deal with this issue is set your camera to auto-bracket exposure. Set your camera to a medium exposure where the sky is a bit overexposed and the landscape a bit underexposed. Then bracket the exposure, ±2 stops usually works well.

The three (or more) images can then be blended into a single image, taking parts of each image to give a single image where all of the image is exposed nicely. 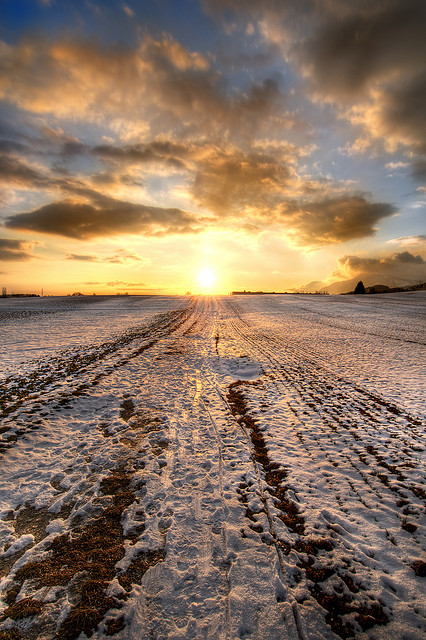 There are various methods you can use for blending the exposures together into a single image: 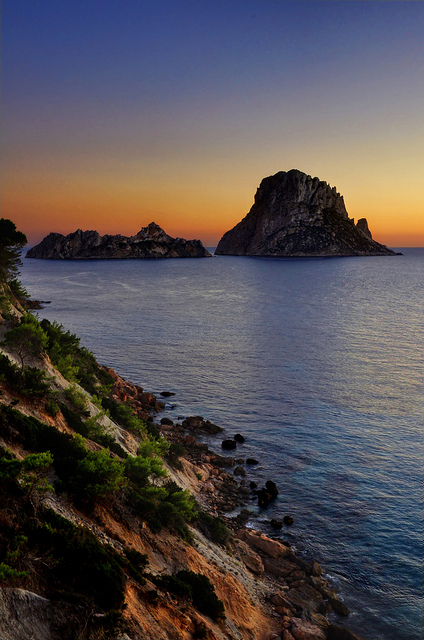 A technique that has started to gain ground recently is that of shooting in RAW format, under-exposing then pulling up the shadows when processing. You expose the image keeping detail in the sky, which will result in the landscape appearing very dark.

Then when processing the image you apply a large boost to the shadows, to brighten the landscape. In some cases this might require multiple passes of +100 shadows, or a shadows adjustment plus a boost to shadow / midtone brightness using a tone curve. 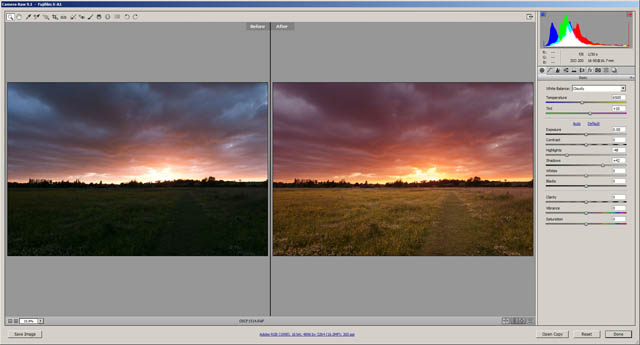 This process is only really suitable for modern DSLRs and Mirrorless CSCs. The latest large image sensors in these cameras retain a lot of detail in the shadow areas of the image, and this detail can be pulled out by brightening the shadow tones. This does increase noise levels in the image but these sensors have very low levels of noise, and so noise is not usually a problem.

If you try this technique with an older DSLR or a camera that has a small image sensor, such as most compacts, or a phone camera, you'll find it doesn't work so well. As well as bringing out any details recorded in the shadows, you'll bring out a large amount of noise, so much so that any details are likely to be swamped by the noise. But for modern ILCs this can be a very useful technique.

Composition is all about how you place the various elements that make up an image within the frame. It's about the shapes and lines that are created by items in the scene, and how well they work together. Read up on composition, learn the guidelines, try them out, and even try breaking them.

A couple of basic tips that work well for the majority of landscape photos are to look for leading lines, and / or to try and include something of interest in the foreground of the image. Leading lines refer to lines that lead back into the image, such as a road, path, or fence leading off into the distance. They help draw the viewer's eye into the image. 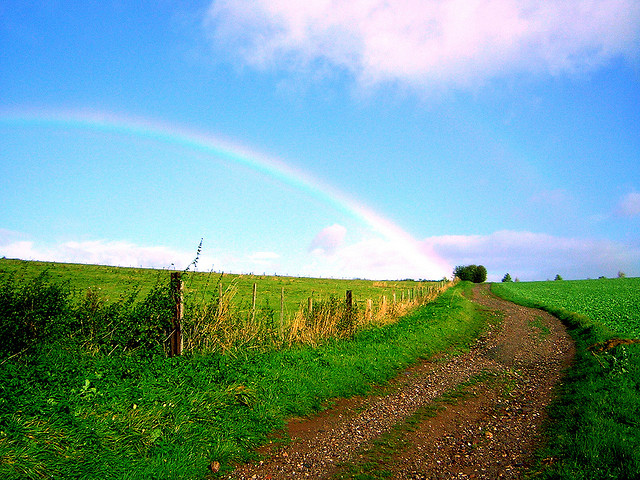 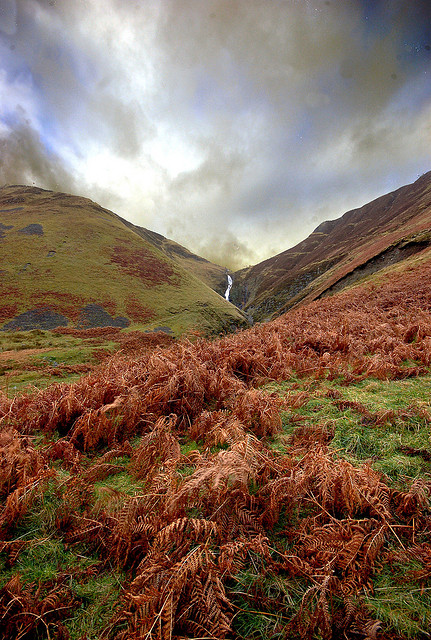 Learning the knowledge for great landscape photos is a matter of reading, and again, practice. Keep at it, learn from your mistakes, and you'll find your photography continually improving.