What does Lens Speed mean?

A term that you might come across when reading photography articles or forums is that of Lens speed. This relates to all cameras, but you are particularly likely to see it used when lenses for interchangeable lens cameras are discussed.

Sometimes it may be mentioned that you need a fast lens, or that a certain lens is too slow. In this article we'll look at what lens speed means, and what makes a lens fast or slow. 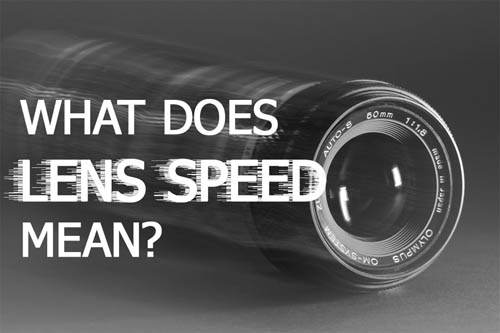 You would be forgiven for thinking that the speed of a lens related to how fast it could autofocus. However, speed usually refers to the maximum aperture size of the lens. The aperture is the size of the 'hole' in the lens that light goes through to get to the camera's image sensor.

A fast lens has a large aperture, while a slow lens has a small aperture. Think of it in the way that a fast lens lets in more light, and so allows you to use a fast shutter speed. A slow lens lets in less light, so you must use a slower shutter speed. If you don't understand how a large aperture lets you use a fast shutter speed, I have an article on exposure that explains their relation to each other here: Photography Basics – Exposure. 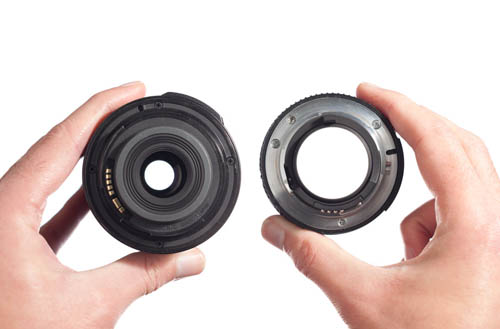 Aperture is measured as a fraction related to the lens' focal length (f), e.g. f/2.8 or f/5.6. This is known as an f-number. Note that because it is expressed as a fraction, the smaller the f-number, the larger the aperture. So an aperture of f/2.8 is larger (lets through more light and gives a shallower depth of field) than f/5.6.

The f-number gives a standardized way to compare the amount of light that a lens will pass (and the depth of field) across lenses regardless of the focal length.

To sum up, a fast lens has a large maximum aperture e.g. f/2.8. When used at this aperture the lens gathers more light (compared to slower lenses), so you can use a faster shutter speed or shoot in lower light levels. It also results in a shallower depth of field.

A slow lens has a small maximum aperture e.g. f/5.6. The lens gathers less light than a faster lens, so you must use a slower shutter speed or have more light. It also results in a larger depth of field. 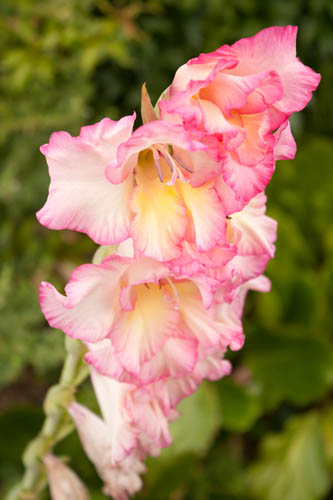 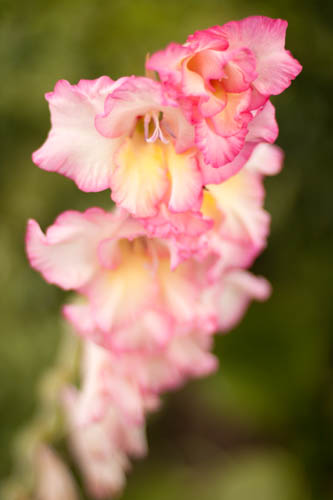 The speed of a lens is only relevant when shooting at the lens' maximum aperture. If you have a 50mm f/1.4 lens and a 50mm f/2.8 lens, and shot them both at f/8, there wouldn't be any difference. The difference only comes in to play when using them at their maximum aperture (f/1.4 is faster than f/2.8).

Actually, it isn't strictly true that a lens' maximum aperture size only matters when shooting with the lens wide open. For cameras that use a through the lens optical viewfinder (DSLRs), then the view through the viewfinder will be darker with lenses that have a maximum aperture slower than f/2.8. However, this is very rarely something anyone would be bothered about.

As the aperture is expressed as a ratio of the physical aperture opening diameter to the focal length, it should come as no surprise that the focal length of a lens dictates to some extent how practical it is to create a 'fast' version of that lens.

Taking a 500mm super-telephoto lens as an example, the top models feature an aperture of f/4. This is the fastest aperture practical for this focal length. A 500mm f/1.4 lens would require an aperture diameter of 357mm. This would result in an absolutely ginormous lens. It would also be extremely difficult and expensive to make the pieces of glass needed for the lens at this size while keeping good optical quality.

As an aside, there is actually a 200-500mm lens with a maximum aperture of f/2.8 produced by Sigma. So f/4 is not strictly the fastest aperture used for 500mm lenses. But just take a look at the size of the lens (which requires its own battery), and you'll understand why f/4 is the fastest practical aperture for a lens of this focal length. 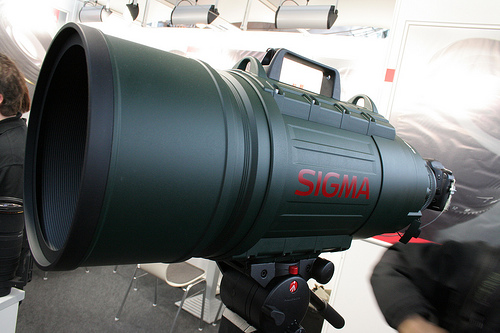 In theory then, you'd think that wide angle lenses would have the largest apertures. They have short focal lengths, so using a large aperture doesn't mean the lens has to incorporate massive pieces of glass.

This doesn't quite work out in practice though. The way wide angle lenses are constructed means that the larger the aperture, the more technically difficult it becomes to create the lens. If you'd like an understanding of the technicalities, you can see this post on photo.stackexchange: Why do wide angle prime lenses have relatively small apertures?.

The 50mm focal length represents the best compromise, the technical difficulty in creating the lens is not too great and the glass elements that do not need to be too large. Therefore, it is not surprising that the fastest lenses tend to be 50mm lenses, and a 50mm lens with a large aperture can be purchased pretty cheaply.

When people talk about 'fast lenses', you do need to bear in mind the sort of focal length they are talking about. For a super-telephoto lens a fast lens might have an aperture of f/4. But for a 50mm lens, an aperture of f/4 would be slow.

So, whether a lens is considered 'fast' or not, can also depend on the context. Some people may argue that a 50mm f/1.8 lens is not a 'fast' lens, since f/1.8 is pretty standard for a 50mm lens. However, if someone was talking about using a fast lens for photography at night, they may well mean something like a 50mm f/1.8 lens. f/1.8 is not fast for a 50mm lens, but it is fast in comparison to the maximum aperture of most other lenses.