When you find an interesting subject or location for landscape photography, it makes sense to think about the composition of your image in order to maximize the photos impact, rather than just taking a quick snapshot. If the light is changing quickly it may be a good idea to set up your camera and take a quick shot, just so you have at least one shot 'in the bag'. But after that, take a look around the area, and think in more detail about the composition of the photo. 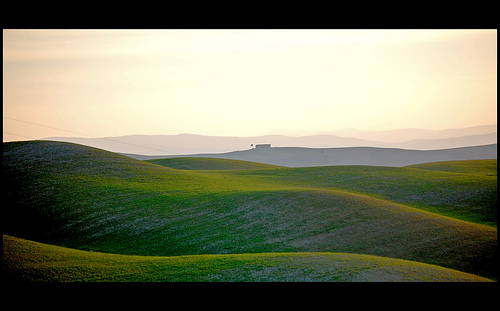 Other than the light, the landscape won't suddenly disappear like a shy creature might, so you can take as much time as you need. By walking around the area you want to photograph you can consider the different viewpoints and compositions for the image, and find that which is strongest.

There are a variety of compositional tips, not all of them will be suited to every photograph, but bear them in mind when you are looking for a strong composition.

Whenever composition is talked about the rule of thirds is mentioned. It is one of the easiest compositional aids to use, and is used, either on purpose or by accident, in most photos. To use the rule of thirds, you split your image into thirds horizontally and vertically, creating a 3x3 grid. Important items in the photograph should then be placed on these lines, particularly where the lines intersect. 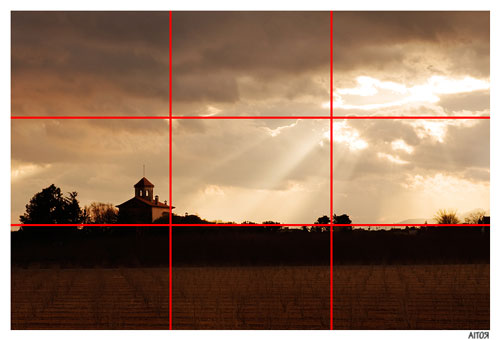 You don't need to be deadly accurate when placing important parts of an image on thirds lines, so long as the parts are placed 'around' the thirds it will often improve the composition.

You can make your subject stand out by leaving some negative space around it. This draws attention to your main subject, and helps to balance the image. Without negative space the image can feel cramped and squashed. 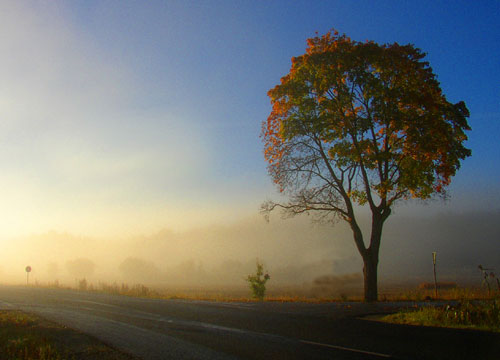 Usually these lines also converge into the distance. A road, river, fence, etc. leading off towards the horizon can also give the image a good sense of scale. 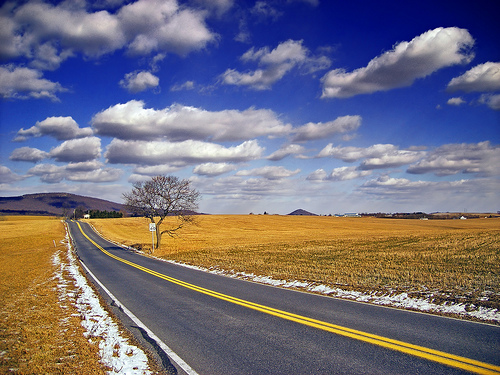 Think carefully about what elements you are including in your photo, and whether they add or detract from the image. If something doesn't add to the image, try and remove it, either by moving your position, changing your framing, or physically removing it from the scene (might be difficult if it is a tree). 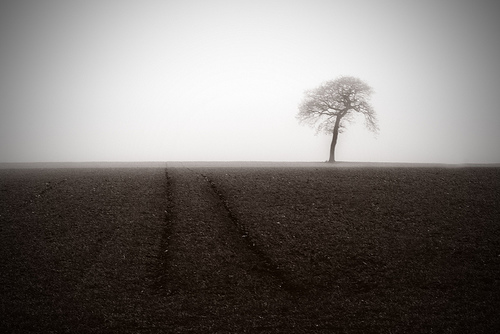 Think about the edges

When framing your photo, make sure to pay attention the edges of the frame. If you have some branches of a tree slightly impinging on the edge of a frame, it is better to change the framing to remove them completely, or include more of them. If only a small part is included it detracts attention away from the main subject of the photograph, and the viewer will wonder whether you meant to include it or not.

Be careful also about including elements at the edge of the frame that lead the viewer's eye out of the image. Anything that creates a converging line leading out of the image should be avoided.

Often in landscape photos it can be hard to get an idea of how large the landscape is. By including an object that the viewer will know the rough size of, such as a person, car, or house, you give the image a greater sense of scale. 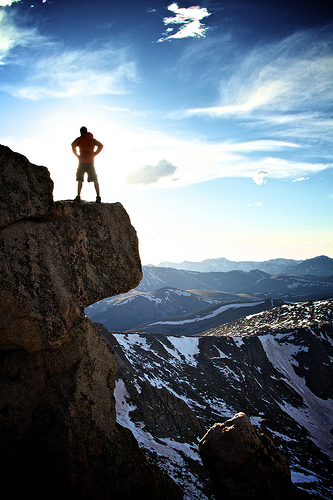 Remember, only some, or maybe even none of these compositional tips will improve the composition of a particular photo. This is why you should take your time and evaluate the different possible compositions for a photo before deciding on the best one.