The shutter is an essential part of every camera, without it you wouldn't be able to take photos. It opens to allow light to reach your camera's sensor, and then closes after a predetermined amount of time to complete the photo. The amount of time the shutter is open for can effect the exposure and look of your photo, and different shutter speeds can be used for different creative effects.

There are three types of shutter that you are likely to come across:

Electronic shutters are silent, which makes them very suitable for photography where you don't want to draw attention to your subject that they are being photographed, such as candid and street photography.

Depending on the model of sensor, it may also suffer from an effect known as 'jello' when photographing objects moving at high speed. This occurs on camera sensors where each row of pixels is read out one row (or column) at a time. If the electronics for reading the rows off the sensor aren't fast enough, an object can move between one row being read off and the next row being read off.

You can see this phenomenon in the photo below, where the slow sensor read-out makes the propeller blades appear curved: 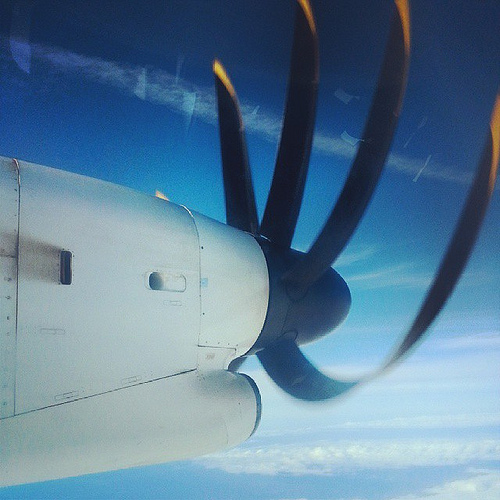 Took this on the way to PE today. Can anyone explain why the propellers appear to curve when photographed? by Dave Duarte on flickr (licensed CC-BY-SA)

Not all cameras with electronic shutters suffer from this though, and cameras with focal plane shutters also suffer from a similar phenomenon. You are most likely to find it in cameras that use a CMOS sensor and have a slow sensor readout, such as camera phones.

Leaf shutters tend to be found in specialist medium format and large format lenses, rather than cameras. They operate as an iris, consisting of a number of blades that slide open to form a circular hole the light can travel through. Leaf shutters typically can open and close fully faster than a focal plane shutter, though not as fast as an electronic shutter.

Their fast maximum shutter speed means that they can sync with strobes at faster speeds than a focal plane shutter can, making medium format cameras and leaf shutter lenses popular for high end fashion and studio photography.

Having the shutter built into the lenses usually makes leaf shutter lenses slightly larger and more expensive than an equivalent lens without a shutter. Leaf shutters are also usually limited to a maximum shutter speed of around 1/500, which is not as fast as most electronic shutters, or as fast as focal plane shutters can go when used above their x-sync speed.

Focal plane shutters are found in all DSLRs, and in many other cameras as well.

This video shows this in action:

The shortest period the entire sensor is exposed after the first shutter opens, but before the second shutter starts to close, is known as the flash sync or x-sync speed. This varies between camera models, but is usually around 1/200s - 1/250s. At shutter speeds faster than this, the second shutter starts to close before the first shutter has finished fully opening. This means that the light burst from a flash (which is typically around 1/10000s) would only light the part of the sensor that was open at the time the flash fired. 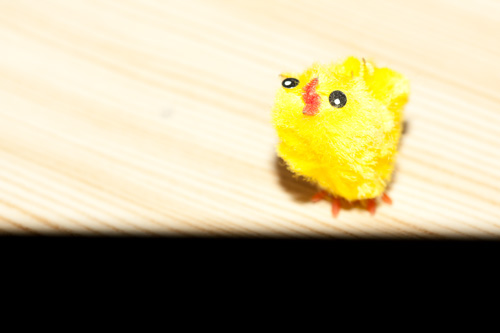 This problem can be avoided by using continuous lighting. Alternatively, many cameras and flashes feature a High Speed Sync (HSS) mode. In this mode you can shoot at shutter speeds faster than the normal flash sync speed of the camera. The flash pulses its light on and off for the duration of the normal flash sync speed. This results in an even light across each part of the sensor as it is exposed. Unfortunately, pulsing the light for a duration of 1/250s means that the amount of light output by the flash will be much less than it would be normally. For this reason, High Speed Sync flash is not used very much.

Another problem with focal plane shutters is that due to the way they move, you can get an effect often known as 'jello' when a fast moving object is in the frame. This is especially true at high shutter speeds where only part of the sensor is exposed at any one time. The fast moving object is recorded at different points as the shutter moves down (or across) the image sensor.

Compared to electronic shutters (which are silent) and leaf shutters, focal plane shutters are quite noisy, which could be a problem in some types of photography. They can also cause vibrations that could affect image quality, though this is only a very minor concern.

To set your camera to use a specific shutter speed, set the camera to manual mode or shutter priority, on the camera's mode dial this is usually indicated as S or Tv. 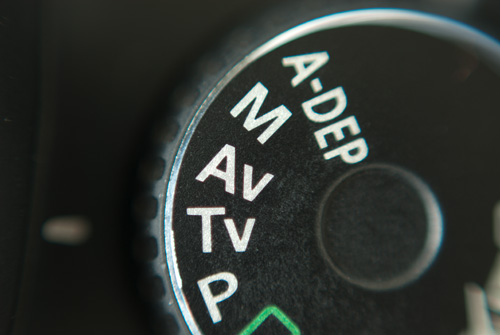 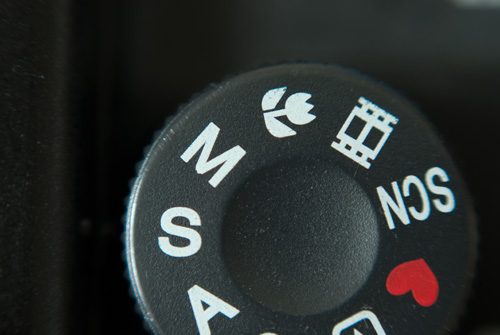 Or you could keep your aperture the same, but decrease your ISO speed by one stop for each stop that you decrease your shutter speed. Again, all the following settings would give an image with the same exposure:

If you are shooting handheld, you do not want your shutter speed to drop too low, or you will end up with a blurry photo due to the camera / lens moving slightly while you were taking the photo. A good rule for handheld photography is that the shutter speed should be at least 1 divided by the 35mm equivalent focal length of the lens you are using. So for example, with a 100mm lens:

The way that image stabilization is marketed depends on the manufacturer, Sony uses 'Super Steadyshot' (SSS), Nikon uses 'Vibration Reduction' (VR), Panasonic uses 'Mega Optical Image Stabilizer' (Mega OIS), Canon uses 'Image stabilization' (IS), Tamron uses 'Vibration Compensation' (VC), Simga uses 'Optical Stabilizer' (OS), Pentax uses 'Shake Reduction' (SR), Olympus uses 'Image Stabilizer' (IS). If you see a camera or lens with one these, you will know it will help you shoot handheld photos at slower shutter speeds. Bear in mind that some lenses are available in both image stabilized and non-stabilized versions. The non-stabilized versions are uaually quite a bit cheaper, so make a better deal if you don't intend shooting handheld at slowish shutter speeds.

Most cameras / lenses with image stabilization have the option to turn it on or off, so make sure you have it turned on if you are relying on it to steady your hand-held shots.

When using a tripod, you can use any shutter speed and not have to worry about camera shake at all. However, you do still need to think about things that are moving in the frame. Using a tripod to photograph a football game at night means you can use a slow shutter speed without having to worry about camera shake, but unless the players are standing perfectly still, you won't get any good shots!

For things involving movement like sports, children, wildlife, etc. you will want to use a fast shutter speed to capture the action. To keep the images from being too dark, you may need to use a large aperture, high ISO speed, or flash, or a combination of all three. 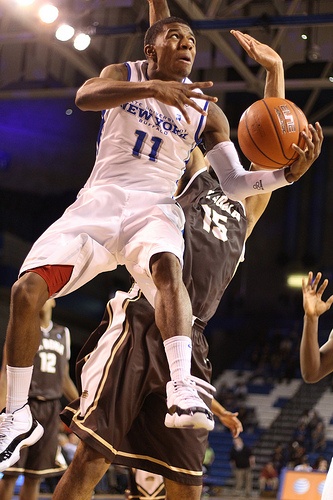 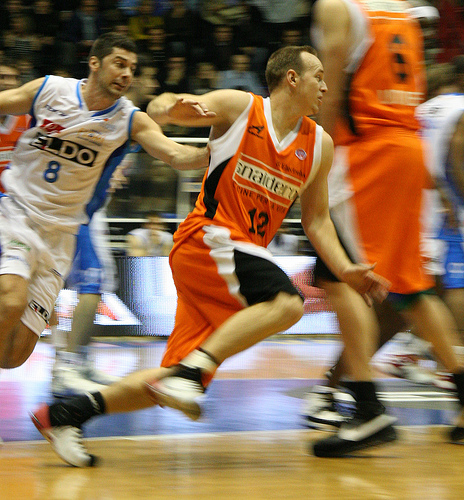 Capturing movement can also be used in landscape photography. A long shutter speed can be used to blur moving water, clouds, long grass blowing in a field. This works best with the camera mounted on a tripod to avoid camera shake, and something static in the scene to contrast against the movement. 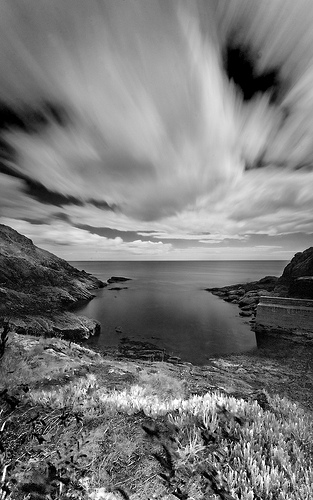 For long exposures, you can either wait until night, where there is little light, or you can use a neutral density filter to reduce the amount of light that enters the camera. Use the lowest ISO setting available on your camera, and depending on how much depth of field you want, you may want to use a very small aperture as well.

For keeping the camera's shutter open in bulb mode, you don't want to be actually holding the shutter button down on the camera. This would likely lead to camera shake unless you can keep your hand 100% still. Instead, use a shutter release cable that can be locked into keeping the shutter open. Most shutter release cables do this by allowing you to push the button on the release down, and then sliding it back into a locked position. When you think the exposure should be finished, just slide the button on the release back to the unlocked position. 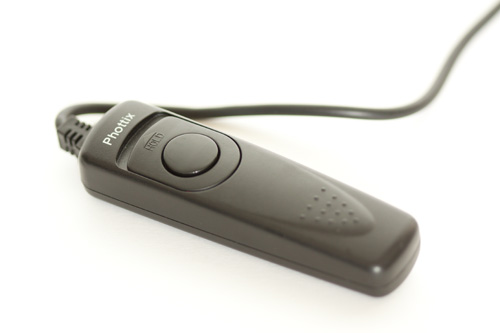 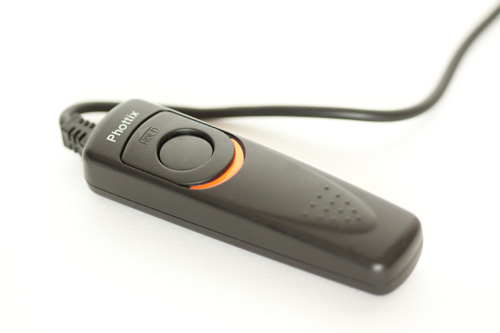 Many cameras feature long exposure noise reduction (also known as dark frame subtraction) where they take another (blank) photo after any long exposures. This helps reduce 'hot pixels' in the image, but also means you need to wait as long as the original exposure again until you can use the camera. So for example, if you took a photo where the shutter speed was 60s, the camera would then take another photo afterwards for another 60s, meaning your camera is locked up for 120s in total. 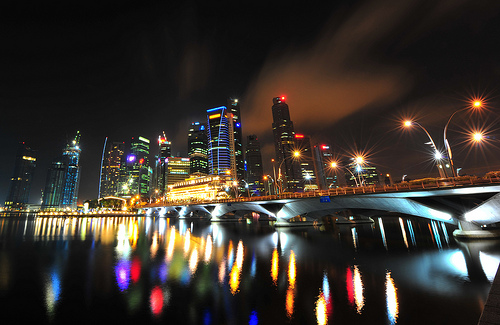 For long exposures, I would recommend first setting your lens to the widest aperture, and using a high ISO speed. You can then take a few test shots to check your focus and the needed exposure settings relatively quickly. Now you can reduce your ISO speed and aperture to the correct settings you want to use, and reduce your shutter speed accordingly.

In cases with very slow shutter speeds, like the example above, make sure your camera has enough power. Use mains power if you can, otherwise a newly charged battery. If you use a DSLR, consider a battery grip that allows the camera to be powered from 2 batteries.

Slow shutter speeds can be useful for landscape and city photography at night, and also star trails. Typically for star trails though, you take a large number of shots at 15s - 30s shutter speed, and then merge them together on the computer. 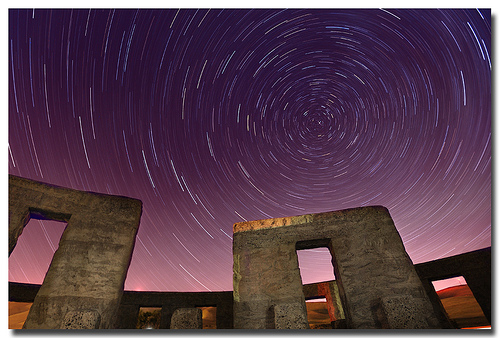 One of the things to look for when purchasing a new camera is the shutter life rating. If a camera uses an electronic shutter, then you don't need to worry about this as no physical shutter exists. But for most DSLRs and other cameras that use a focal plane shutter, the shutter mechanism will eventually wear out and break.

With DSLR cameras you are unlikely to have a problem with shutter lag, but you may come across this phenomenon with compact cameras. Shutter lag is the delay between when you press the camera's shutter button, and the camera actually taking the photo. If you have ever tried photographing fast moving sports with a compact camera, you may have found the shutter lag quite annoying, even if the delay is only a fraction a second.

If your camera does suffer from shutter lag, there may be a couple of things you can do to reduce its effect. Most cameras will autofocus and calculate the auto exposure when you press the shutter button, and then take the photo. The time taken for the autofocus and auto exposure to be calculated can add to any shutter lag your camera has, so the simple solution is to lock these beforehand.