If you own an interchangeable lens camera and are looking at purchasing a new lens, you may wonder what all those different numbers and letters that form part of the lens name mean. Or you may just be wondering what they mean on your current lens / camera. 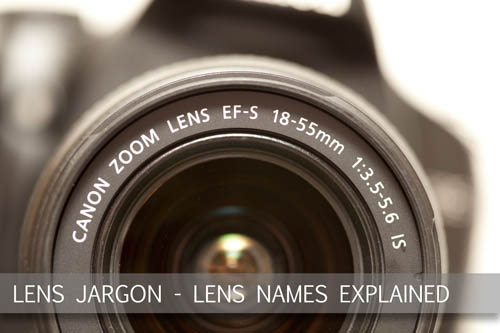 The numbers and letters are included as part of the lens name by manufacturers to give brief information about the lens. Unfortunately, different manufacturers tend to use different nomenclature, which makes comparing lenses difficult.

So, in the end it can often seem like they are included more for marketing purposes than anything else. A lens with a lot of different acronyms after it's name might sound better in the same way that people sometimes list their qualifications or organizations they are certified by after their names.

First, let's look at an example of a lens name:

Now, let's break that down.

Is the lens manufacturer's name. In some cases third party manufacturers produce lenses under several different brand names, for example, Samyang, Walimex, Bower, and Rokinon are all names used for branding lenses produced by Samyang.

Is the lens mount of the lens. For this example, it means that the lens will only work with cameras that have an EF compatible lens mount. You can read more about lens mounts in this article: Lens mounts and interchangeable lenses.

Is the maximum aperture value of the lens. (The smaller the number, the more light the lens can let in, and the greater the control you have over the amount of the image that is in focus).

Sometimes the aperture may be expressed as a ratio, for example 1:2.8 instead of f/2.8.

Is a designation used by Canon to denote this lens is part of their high end 'Luxury' series.

Indicates this is the second version of this lens model. When a manufacturer improves a lens design, but doesn't add any additional features, then they will add a version number to distinguish from the previous version of the lens.

Note that manufacturers may sometimes make small improvements to a lens, and release it without changing the version number. In this case the only way to differentiate a newer model from an older one is using date codes or serial numbers printed on the lens.

Means that the lens contains an ultrasonic motor (used for autofocus). This is a Canon specific designation, we'll look at other manufacturers in a minute.

So far we just looked at a single lens from a single manufacturer. There are lots of different lenses produced by different manufacturers, and they use different acronyms to mean the same or similar thing. I'll try and make sense of these in a way that should hopefully make comparing lenses across manufacturers easier below. For most of the acronyms I've linked them to where you can read more information about what they mean. 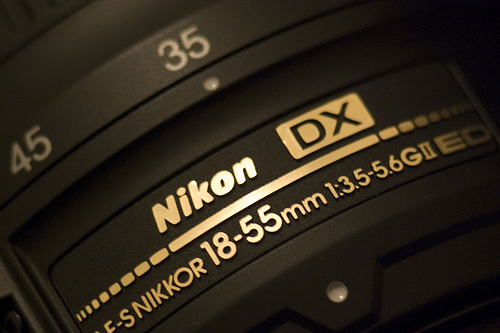 A lens labeled with macro means it can focus closely for good enlargements of small subjects. It does not necessarily mean that the lens is capable of true macro, some lenses may be capable of greater enlargements than others. You will need to check the maximum reproduction ratio for the lens to see just how macro the lens really is. You can read more on true macro and reproduction ratios here: What is macro photography?

You can't really tell the focusing performance of a lens just from the type of focus motor used. So this information isn't that useful. To check performance you are best off reading reviews of the particular lens you are interested in.

There are an incredible number of different notations used by lens manufacturers to denote the optical properties of glass and coatings used in their lenses. As with focusing, I wouldn't pay much attention to these when judging a lens.

The effectiveness of the coatings and glass used in best judged by reading a review of the lens and looking at photos taken with that lens in situations similar to how you would use it.

An image stabilization system may be built into the lens. This helps you shoot at lower shutter speeds without blurring from camera shake. 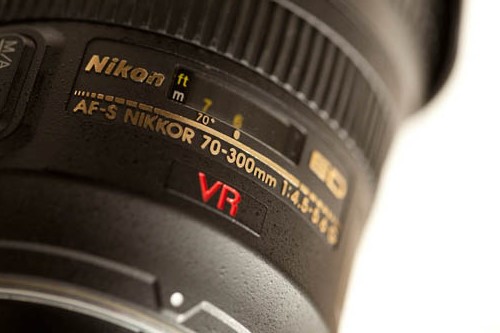 Some manufacturers build image stabilization into their camera bodies. In this case a lens with stabilization doesn't offer any benefit, since any lens used with the camera will be stabilized.

Interchangeable lens cameras are produced with a variety of different image sensor sizes. The main issue is with DSLR / SLT cameras, where you can purchase cameras with APS-C and 35mm full frame size sensors. (See What is Crop Factor? for more information).

A lens designed for use with a smaller APS-C size sensor will not work properly on a camera with a 35mm full frame size sensor. The edges of the frame will likely be solid black, and the image will exhibit very bad vignetting. So, lenses are often marked to designate if they are only designed for cameras with APS-C size sensors.

Some manufacturers also label their lenses to indicate a certain level of build quality.

There are other acronyms you may see used as part of a lens name or description as well, but the above are the main ones. The only bits you really need to pay attention to are:

The other things, such as image quality, focusing speed etc. you can only tell by using a lens or reading a review. If a lens can produce good quality images, it doesn't really matter whether it does that by including super extra low dispersion glass or not.

How to create postcards from your photos Why use a UV Filter?