What is Crop Factor?

Sometimes when reading photography articles or camera reviews, you may find that they refer to 'crop factor'. Crop factor is only really relevant to interchangeable lens cameras, but it is worth understanding what crop factor means.

Crop factor all comes down to the fact that most digital cameras use a smaller image sensor size than a frame of 35mm film. Where this comes into play is (primarily) when looking at lens focal lengths.

This will be relevant to you if you are used to using film cameras, or you want to switch from a camera that has a certain crop factor, to a camera with a different crop factor. The same lens / focal length will give different resulting images depending on the crop factor of the camera it is mounted on. 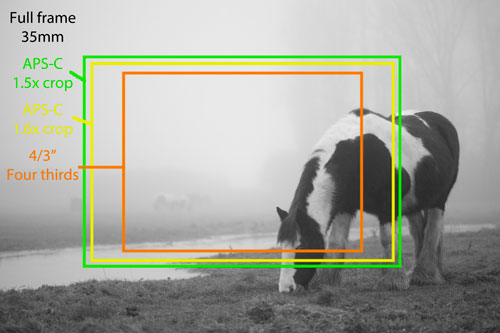 The image above shows the most popular crop factors used in interchangeable lens cameras. You can see that if you were standing in the same place and using the same lens on all cameras, the larger the crop factor, the smaller the field of view.

The common crop factors are:

Digital cameras with no crop factor are often referred to as full frame or 35mm, as they have an image sensor the same size as a frame of 35mm film. Nikon refers to their full frame cameras as 'FX'.

1.5x crop cameras often referred to as APS-C cameras. This is because the image sensor size is approximately the same size as a frame of APS-C film. This is the most common crop factor used in DSLR and SLT cameras. Different manufacturers use different labels to indicate this crop factor: 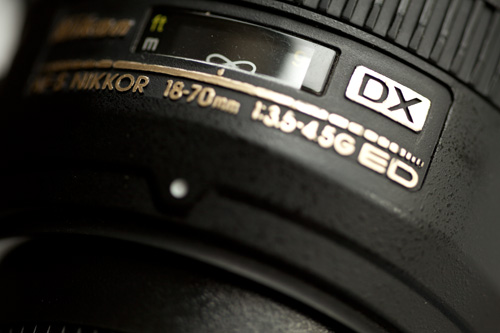 Not a lot of difference to 1.5x crop cameras, 1.6x crop cameras are also commonly known as using APS-C sized sensors. Canon uses the 1.6x crop factor in most of their DSLRs, and also their MILC. They use the designation EF-S to distinguish from their full frame (EF) cameras.

Four thirds and micro four thirds cameras from Olympus and Panasonic both have a 2x crop factor compared to 35mm film.

You only really need to pay attention to crop factor if you are used to using film cameras, or are looking to switch from a camera that uses one crop factor to another with a different (or no) crop factor. The reason for this is that if you are used to the field of view a 100mm lens (for example) gives on film, and then you start using a 1.5x crop camera, you will now find that lens acts like a 150mm lens (thanks to the crop factor).

When digital cameras with interchangeable lenses were first introduced, crop factor was a big issue, as there weren't really any lenses designed for use on the digital cameras with their smaller sensors. Photographers had to use film lenses, and adjust for the difference in view they were used to.

However, over time manufacturers have produced lenses specifically for their crop cameras. Because these lenses only have to cover the 1.5x (or less) crop, they can be made smaller and lighter than if they had to cover the 35mm full frame format. 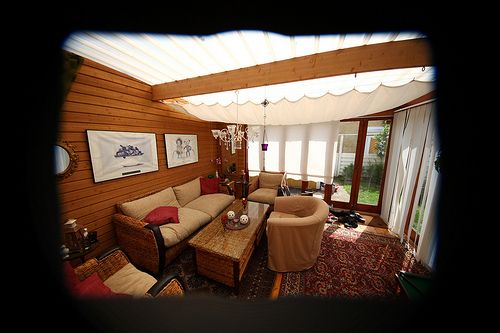 The good and the bad of crop factor

So, to sum up, there are both advantages and disadvantages of crop sensor cameras:

If you don't plan on changing from one crop format camera to a different crop format camera in the future, then there is no need to be concerned with crop factor at all. But if you're moving from film to digital, would like to use a film SLR with your digital SLR lenses, or are thinking about upgrading to a full frame DSLR/SLT in the future, then it is worth considering crop factor.