Shooting into the Sun

Obviously, when shooting into the sun you must be very careful, especially if you are using a telephoto lens. Don't look straight into the sun when photographing it, and generally try and keep to shooting later and earlier in the day when the sun's brightness isn't quite so intense as it can be during the day time. 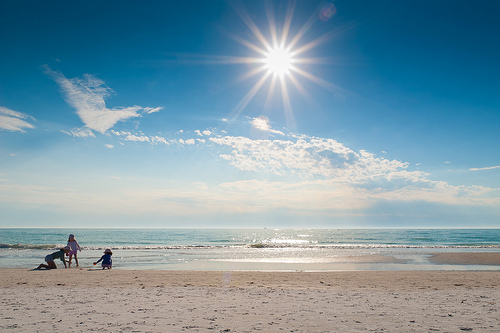 If you take a photo looking into the sun on a clear day, you can achieve a nice starburst effect from the sun. You will want to use a wide angle focal length and stop the aperture down to around f/8.

Because of the large difference in exposure between the sun and your subject, you may also need to use a split Neutral Density Filter. Alternatively, you can bracket your shot and combine the exposures in Photoshop or similar software. By doing this you can ensure that you capture the starburst effect of the sun while keeping your subject exposed properly. 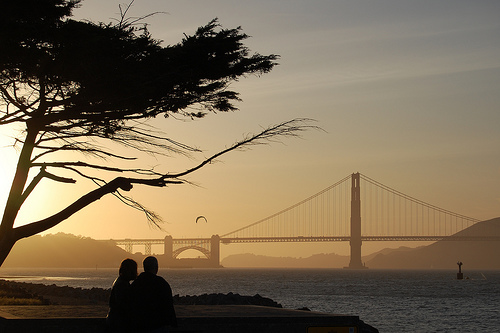 On days where there is light hazy cloud cover, mist, or fog, you will find it hard to get a starburst effect from the sun. However, these conditions are very good for taking photos into the sun.

These sorts of conditions often occur around sunset and sunrise, when the sun gives off a beautiful warm glow. Depending on how much of the sky is lit up orange, you may want to go for a medium to long focal length. You can then ensure that all the sky captured in your photo is lit up the orange colour.

When the sun is hiding behind clouds, you can sometimes capture sun beams bursting through small holes in the clouds, or over the edges of the cloud. This can make for a dramatic photograph.

Other obstructions in front of the sun can also produce sunbeams in a similar way. You can sometimes find sunbeams in forests, caused by the sun passing through the trees and the moisture-rich air. 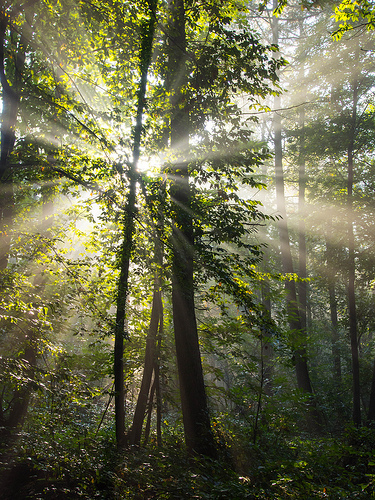 Again, you are most likely to be able to see the sunbeams clearly early or late in the day. If there is some atmospheric distortion, such as dust or haze, this should make the sunbeams more visible.

When taking the photograph, you may need to slightly underexpose to ensure the sunbeams are visible and not too bright. 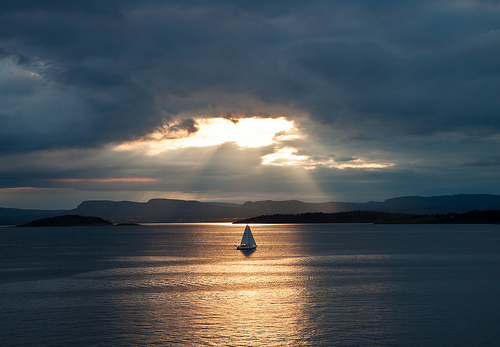 Interesting effects can be achieved when photographing the sun reflected in water. You can also capture reflections from the sun in any reflective material, such as ice, a wet road, or the glass and steel structure of a building.

When photographing the reflection of the sun, you can often exclude the sun from the photo altogether. Veiling flare, which reduces the contrast of the whole photo can often occur when shooting towards the sun. Using a lens hood or your hand to shade the lens from the sun will help reduce lens flare. 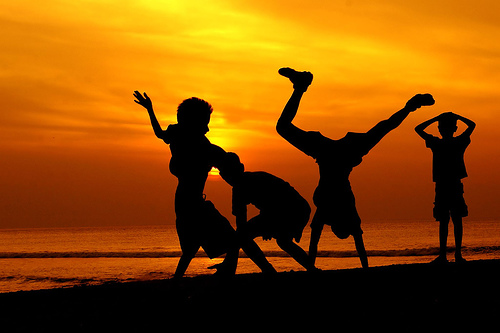 By shooting into the sun and deliberately underexposing your subject you can create a great a silhouette photo. Silhouettes work best when the subject has a definite shape and form that can be easily identified by its outline.

Silhouettes require a strong backlight to create a good contrast between the silhouetted subject and the background. The sun makes a perfect backlight for creating silhouette photos.

Tagged with Back lighting, photography techniques, Shooting into the Sun, Silhouettes, Sunlight

How To Get Into Landscape Photography Lens Flare