Lens flare is caused by light hitting the camera's lens and reflecting around off the internal elements of the lens. Generally lens flare is unwanted, although it can be used to good creative effect in some instances. You will often find lens flare in your photos when shooting with a bright light source (such as the sun) in or just outside the frame. 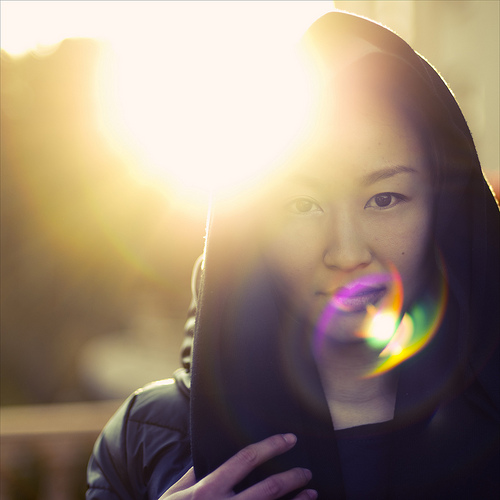 Lens flare is caused by light bouncing about inside the lens, and reflecting off the internal surfaces of the lens. Most modern lenses include special coatings on the glass in order to reduce the likelihood of lens flare.

Some of these coatings are very effective, which, while a boon for most photographers, could be an issue if you want to include lens flare in a photo for creative effect. A simple way to get around this is to purchase a cheap UV filter. Cheap filters typically don't have very good coatings, and are likely to introduce the lens flare you are looking for.

(And conversely, make sure you don't use cheap filters on your camera if you don't want lens flare).

Lens flare can come in more than the form of veiling flare or iris flare (or both together).

Veiling flare is a type of flare that reduces contrast across the image, and is not visible as a defined artifact. This sort of lens flare is more common when the light source is placed just outside the frame. 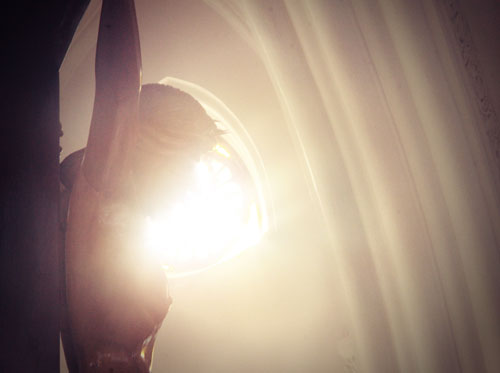 This is where flare forms well defined shapes in the image, with the flare taking on the shape of the lens' iris (aperture). If you are using a lens wide open or with a rounded aperture, you will get smoother, circular lens flare.

If you are stopping down the lens, you will get a hexagonal or octagonal shaped lens flare, depending on the shape of the aperture of the lens you are using. 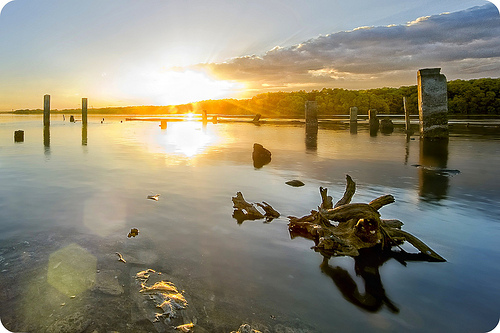 If you don't have a lens hood with you, you can try shading the lens with your hand or a piece of paper.

If you are shooting straight into the sun, there may be no way to avoid lens flare at the time of taking the photo. However, what you can do is to take one normal photo, and then take another where you block out the sun, which should remove any lens flare. 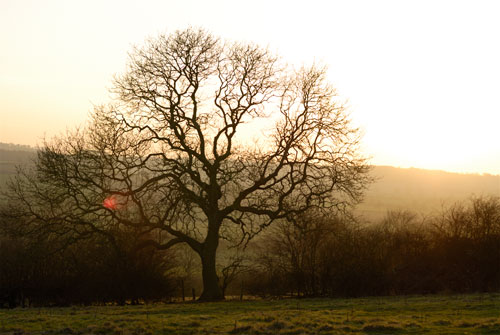 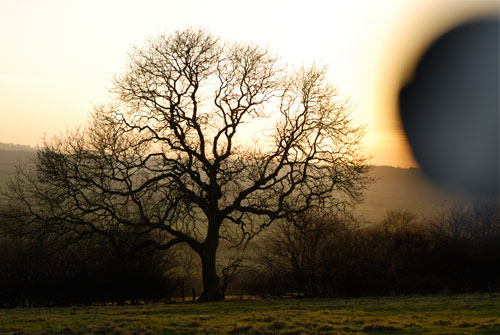 Photo with sun blocked out and no lens flare

Then on the computer, using Photoshop or similar software, you can combine the two images using a layer mask to remove the lens flare. 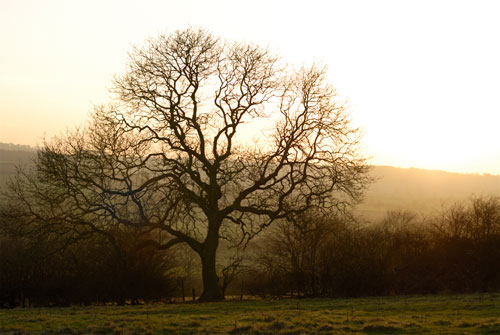 Photos combined to result in a photo with no lens flare

If you have an existing photo with some lens flare that you want to remove, you can do this using tools such as the Clone stamp, Healing brush, Patch tool, and Content aware fill in Photoshop.

The best thing to do is to try and eliminate any unwanted lens flare at the time the photograph is taken.

So, after reading this article you should now know how to take photos with lens flare when you want it, and how to avoid flare (or remove it) when you don't want it. If you've any questions or comments about lens flare, please do leave a comment below.

Shooting into the Sun Practice Photography For Fun