Using the Levels tool in Photoshop etc. to correct and enhance your photos

The levels tool is similar to the curves tool, in that it allows you adjust the brightness / darkness and color of the tones in your photos. Levels is slightly simpler than curves in that it only allows you to adjust the black point, white point, and mid point, whereas curves will let you adjust those and any point in between.

If you want to follow along with the examples in this article, you can download the images used here: image-1.jpg image-2.jpg 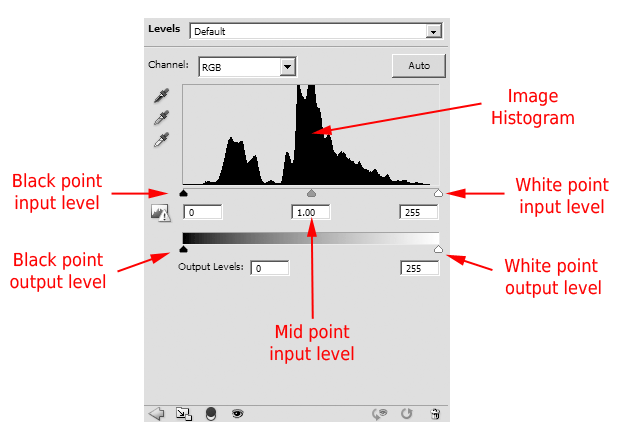 Above is a description of part of the Levels tool. First we will cover the output slider, though you should have little need to modify it in real use.

The black input slider maps black to the value of the black output slider. So, for the image above, Levels is mapping black in the image (value 0) to black (value 0). (The values range from 0 pure black to 255 pure white). If you moved the black output slider up (e.g. to value 27), black in the image would then be mapped to the new, brighter, value of 27. All values above black would also be shifted up in brightness accordingly.

For example, here is an image with no adjustments: 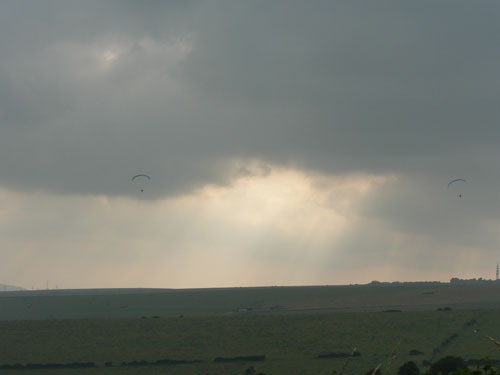 With the black output slider moved to 27: 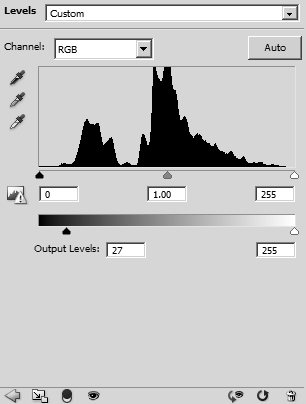 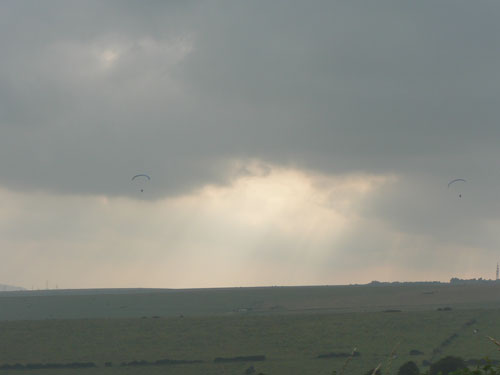 As you can see, changing the black output level brightens the image and lowers the contrast. For the white output slider, the situation is similar. Moving it down means white and bright tones are mapped to darker tones, resulting in an image that is darker with less contrast.

How often do you have an image where you want black to appear brighter than black (or white darker than white)? Not very often, if at all, I suspect. So normally you will want to leave to leave the output slider levels as they are. Hopefully the above helps to show the relationship between the input levels and the output levels though.

Now, onto some real-world uses for Levels. If you look at the Histogram for the image, you can see that we have no pure black tones and no pure white tones.

Pure black is the very left edge of the histogram area, and pure white is the very right edge. For more on reading histograms, see this article: Stop Exposure Problems Ruining Your Shot. 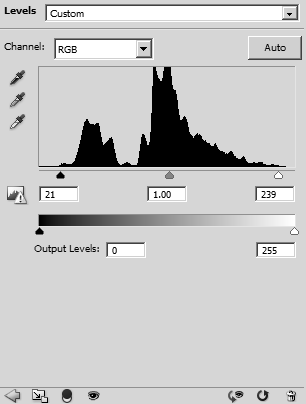 After making these adjustments, the image looks like this: 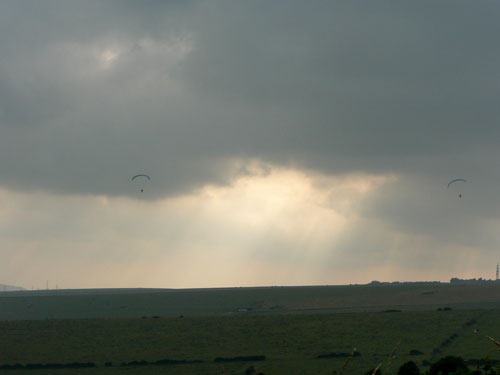 The midtone slider is the grey slider in the center, underneath the histogram. We can use this to adjust the brightness of the image without affecting the black and white points.

Moving the slider to the left means that the darker tones are now mapped to the midtones, so they become brighter: 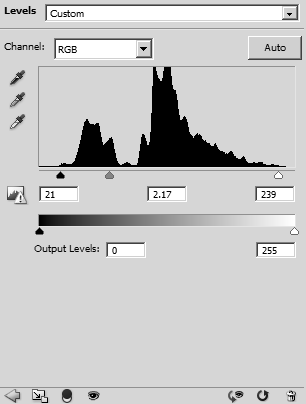 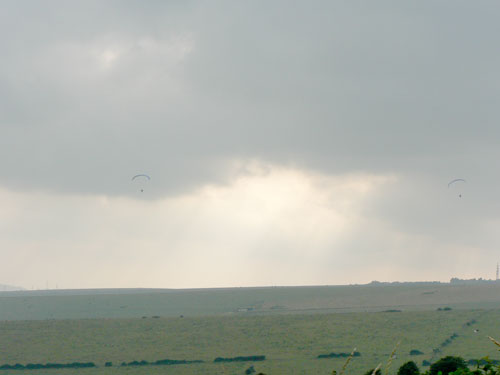 Moving the midtones slider to the right will change the brighter tones to become midtones, and so darken the image: 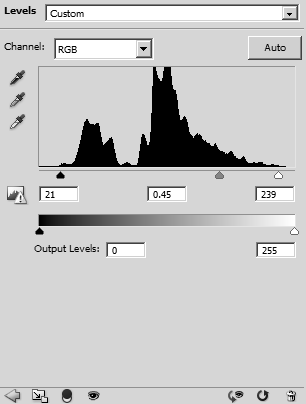 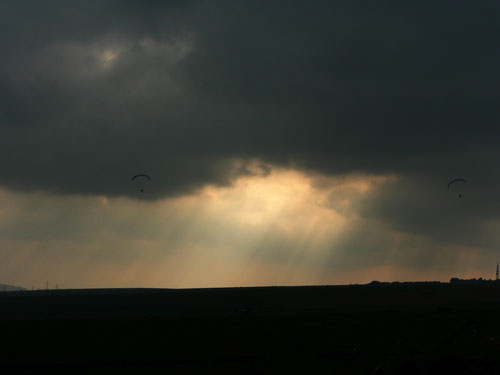 Next let's look at the eyedropper tools, which give us an easy way to set the black, midtone, and white points, and perform color correction also.

This is what the image looks like with no adjustments: 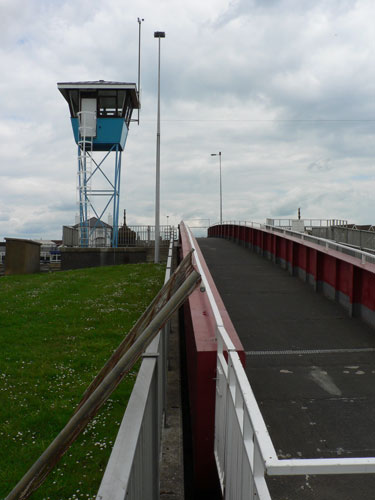 And here is the Levels panel for this image, pointing out the eyedropper tools: 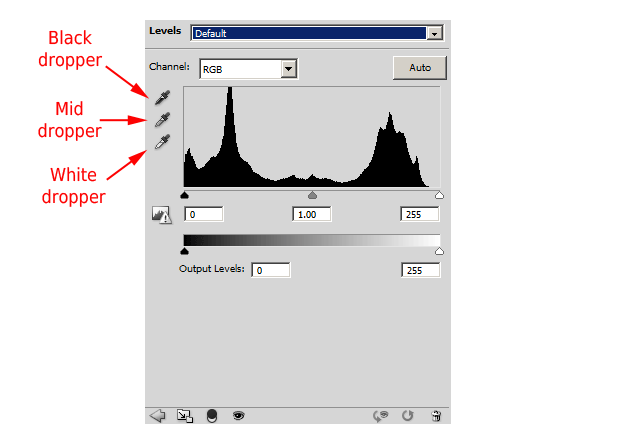 Click the black point eyedropper, then click on an area of the image that you want to be pure black. For this image I chose the shadow area under the bridge.

Now, click the white eyedropper and then click on an area of the image that should be pure white. For this image I chose a highlight at the top of the clouds.

Lastly, click the middle gray eyedropper, and click it on part of the image that should be middle gray. I chose the gray metal railing for this. 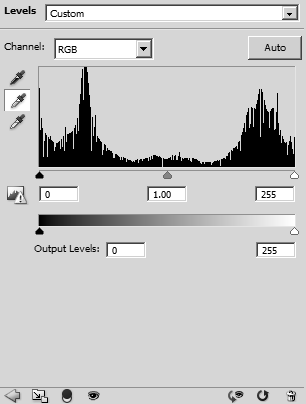 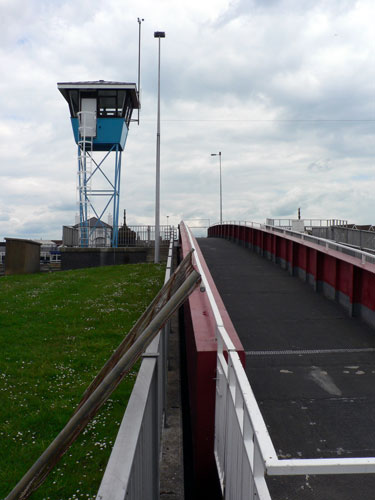 Using the eyedropper tool adjusts not just the overall tone of the image, but each color channel individually. You can see this by checking the individual color channels: 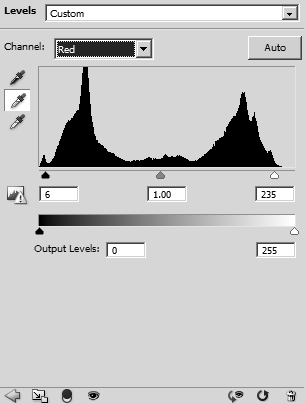 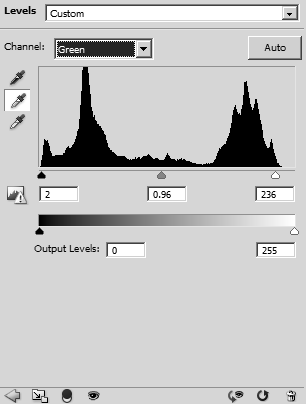 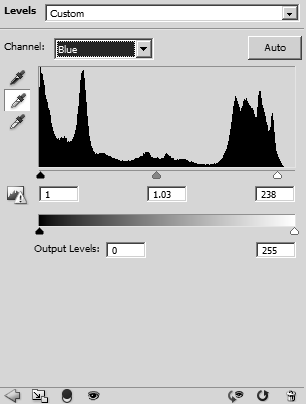 Below is a corrected version of the first image using the eye dropper tools to set the black, mid, and white points. The black point was set using the bush at the bottom right corner, white point on the highlight in the middle of the clouds, and midtone on the clouds. 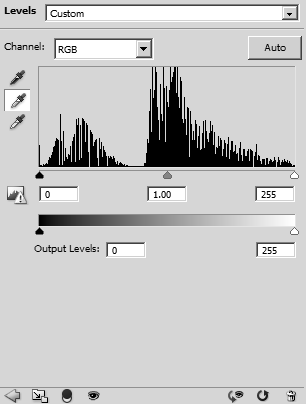 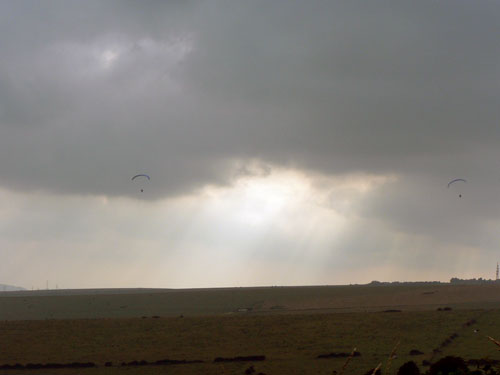 With the red and blue channel adjusted, but no other adjustments, the image looks like this: 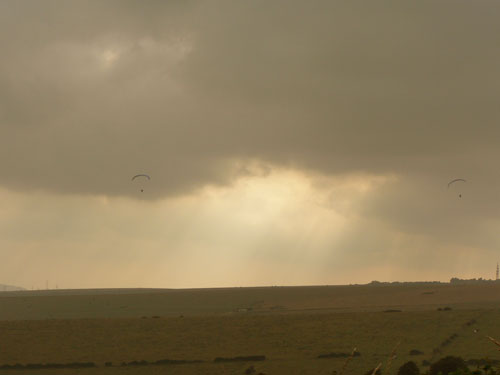 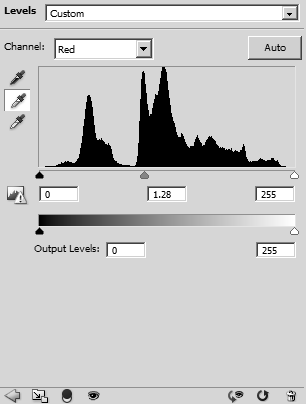 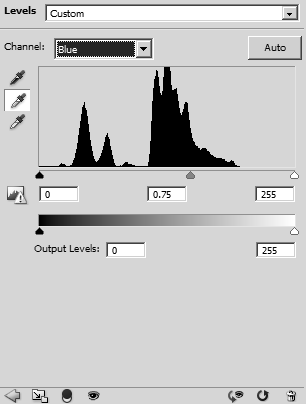 The adjustments to color are very similar to what you can do using curves, except you are using the midpoint slider of levels instead of adjusting a curve up and down around its midpoint. For more information and examples, see the article Image editing – adjusting color with the curves tool.

I hope that gives you a good overview of the Levels tool, and how it works. Personally, I prefer to use the curves tool, but it is worthwhile knowing how to use both curves and levels.