High speed photography refers to the capture of an event that happens too fast for the human eye to see. Things like a splash of water frozen in mid-air, an egg as it smashes, or an insect in mid-flight.

In this article we'll look at how you can take high speed photos, including how you can achieve super fast effective shutter speeds like 1/10000s even if you camera's shutter speed doesn't go that fast. 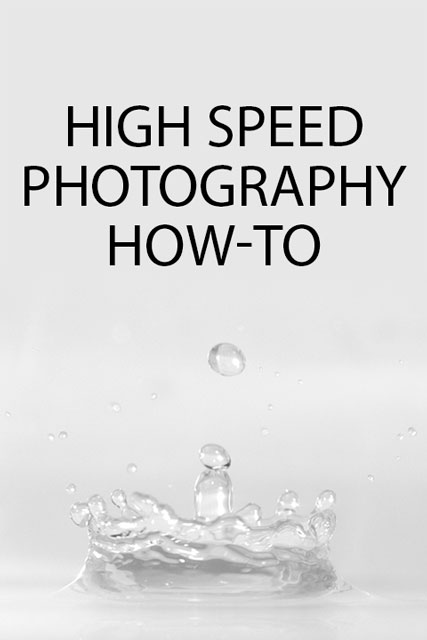 The most obvious method of freezing fast action is to simply use a fast shutter speed on your camera. This can be done by putting the camera in shutter priority or manual mode, which will then let you select which shutter speed to use. Most cameras have a fastest shutter speed of 1/4000 or 1/8000s, which is enough to freeze most fast action. 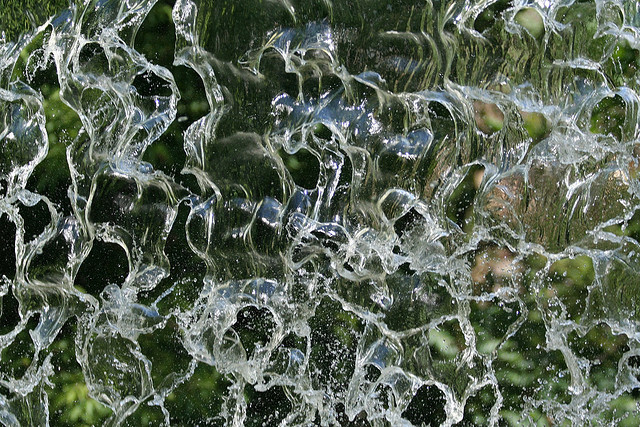 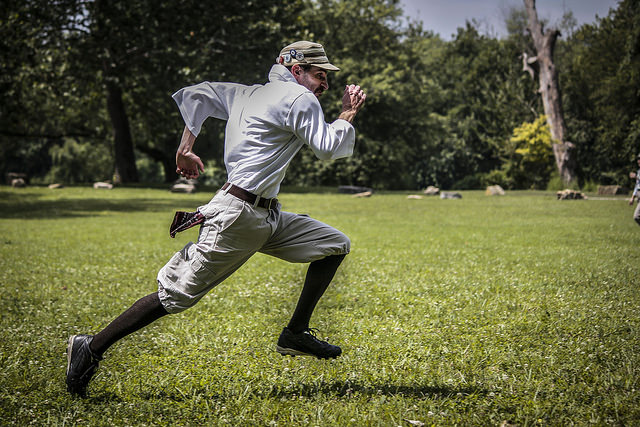 Using a high shutter speed can work well for capturing subjects like athletes in action, your kids having a water fight, or birds in flight. 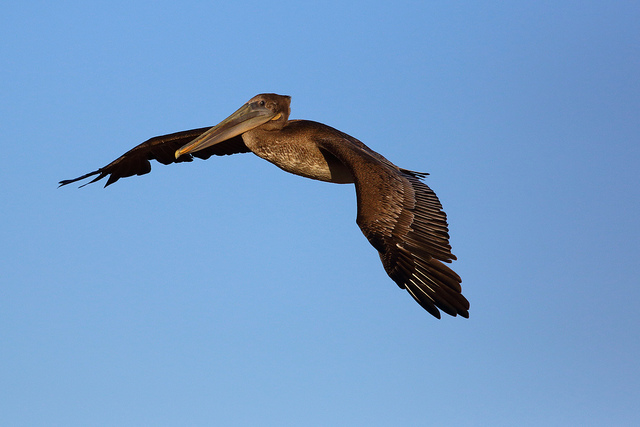 The problem with a fast shutter speed is that it requires a lot of light. You're only opening the shutter for a very small amount of time, but you still need to get the same amount of light through to the camera's sensor as you would for a normal image. If you don't, you'll end up with a grossly underexposed image.

On a bright sunny day in summer you may be able to achieve a fast shutter speed and get a properly exposed image without too much difficulty. At other times you can try using 'fast glass', i.e. a lens with a fast maximum aperture, such as f/1.8. The larger the aperture, the more light the lens lets through - an f/2 lens will let through twice as much light as an f/2.8 lens.

Bear in mind though, a large aperture also means a shallow depth of field. And this can often be an issue in high speed photography. You may not be able to get all of your subject in focus with a shallow DoF. This is particularly true if you're using pre-focusing and trying to photograph an unpredictable subject such as a water splash.

Using a high ISO setting can also help. This boosts the sensitivity of the camera's sensor to light, but this comes at the cost of increased image noise. 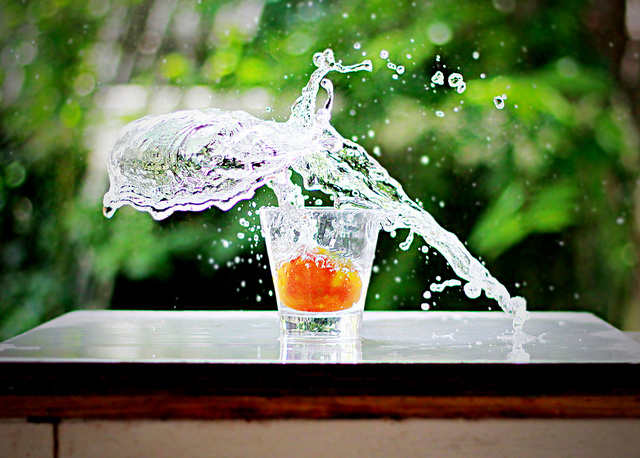 Freeeeeeeeze! by Rakesh Rocky on Flickr (licensed CC-BY) - a combination of both high ISO (1250) and large aperture (f/2) were used to get a good exposure at a high shutter speed (1/4000s)

The alternative method of capturing high speed action is to use flash. With this method, the duration of the flash becomes your effective shutter speed.

This method is well suited to tabletop / studio style high speed photography. Capturing water splashes, eggs smashing, or balloons full of water just as they burst can all be done with flash. 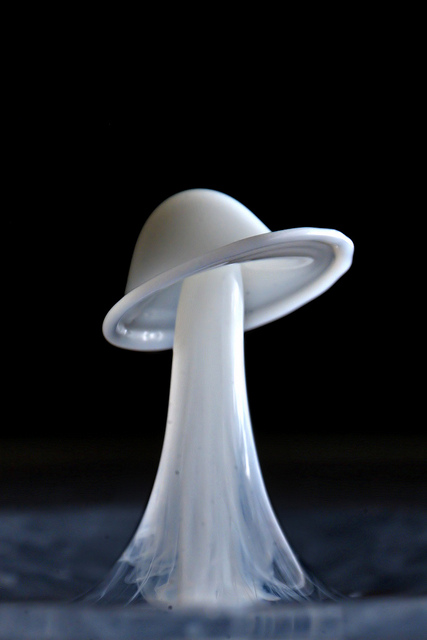 The majority of cameras have a maximum flash sync speed (sometimes referred to as the X-sync speed) of about 1/200 - 1/320s. This means that you can't use a shutter speed faster than that with flash. (The reasons for this are down to how the mechanical shutter in a camera works).

So, you might be wondering how you can use flash for high speed photography if your maximum shutter speed is limited to 1/200s? The answer is to cut out all ambient light (shoot in a dark room) so that the only light in the image is that provided by the flash. At full power most speedlight flash guns have a flash duration of around 1/1000s. And at lower powers the duration can be much faster, such as 1/40000s. 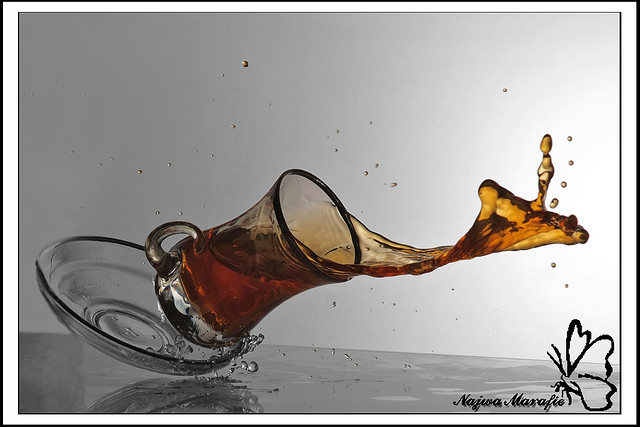 Because you have no light contributing to the image other than that provided by the flash, the flash duration becomes the effective shutter speed.

Some flash units offer a high speed sync mode that allows them to be used at shutter speeds faster than the camera's maximum sync speed. However, this is not particularly useful for most high speed photography.

The way the high speed sync mode works is by pulsing the flash as the shutter travels over the camera sensor, in effect firing multiple flashes. Because of this, each 'flash' is much lower power than a standard full flash.

You will be able to get a faster effective shutter speed and the same exposure by using the flash at the camera's sync speed, with the flash at a relatively low power, so long as the ambient light level is low.

Where high speed sync flash can come in handy is if you want to capture fast action and combine flash with ambient light. 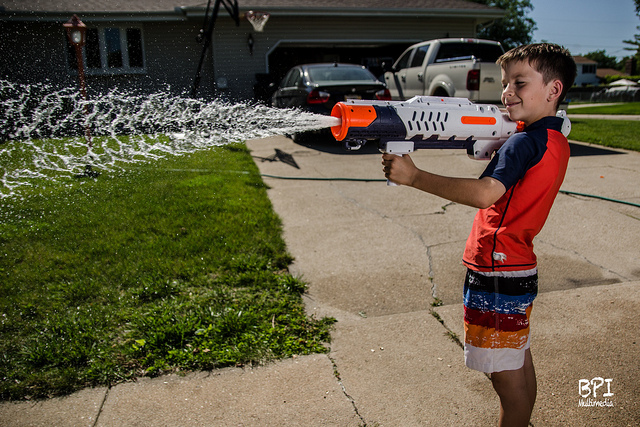 For high speed photography with flash, you want to position the flash as close to the subject as possible. The closer the flash, the less power you'll need, and so the faster the flash duration.

The relationship between flash power and the flash duration varies between different models. If you want to find out the different flash duration for each power setting on your flash, you may find the information in your flash's manual, or on the web. 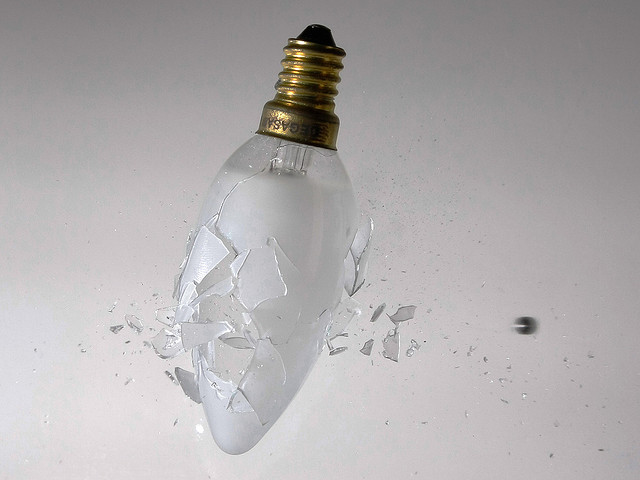 An overly general guideline might be to expect a flash duration of around 1/10000s with the flash set at 1/16 power. To be honest, I wouldn't worry too much about the exact flash duration - you just want it fast enough to freeze the action. If you take a photo and the action is blurred, then you know that you need to use a lower power setting for a faster flash duration. (And make sure there's little or no ambient light contributing to the image that could be causing the blurring).

Whether using flash or a fast shutter speed, actually capturing a high speed event at the right moment is the most difficult part. One way to do it is just through trial and error.

For example, if you're trying to photograph water splashes. You can keep dropping drops of water to create a splash and manually triggering your camera at what you think is the right time. The majority of photos won't be captured at the correct moment, but so long as you try enough times, some will. 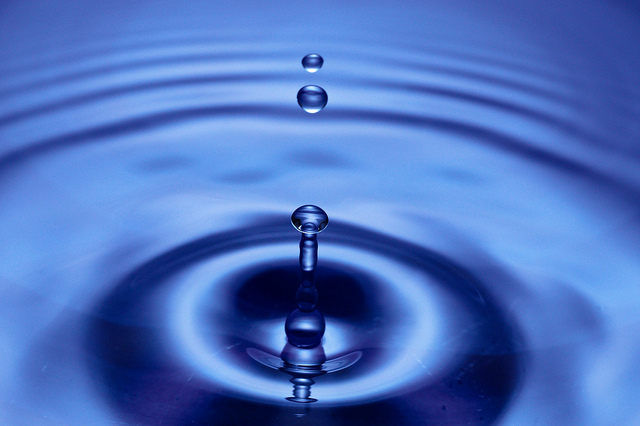 The alternative, though more expensive option, is to use some sort of triggering system. A couple of popular trigger systems, for example, are the Triggertrap and the Camera Axe. There are a variety of systems available, you can trigger by sound (such as the sound of a light bulb breaking). Or trigger by something breaking a laser or infrared beam (useful for animals, water splashes, and anything you want to capture mid-air). 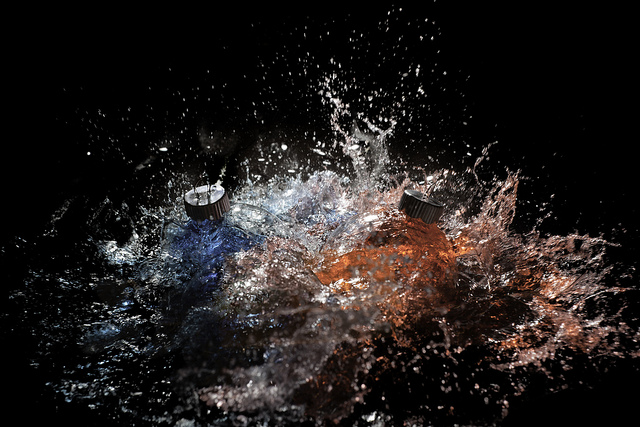 Some of these triggering systems can be used to trigger your camera. While other ones are just suitable for triggering a flash.

With either method you need to have your camera pre-focused on where you think the event you want to capture will occur. There is not enough time for your camera to focus and then take the photo - the event will be over before it has even had enough time to focus.

If you are using a triggering device that will trigger the flash rather than the camera, then you actually have to take a long exposure photograph. You prepare the shot, then eliminate as much ambient light as possible. With the camera in bulb mode, you open the camera's shutter.

You then start the event you want to capture. The triggering device triggers the flash to fire at the correct moment. And you can then close the camera's shutter and raise the ambient light levels back to normal. 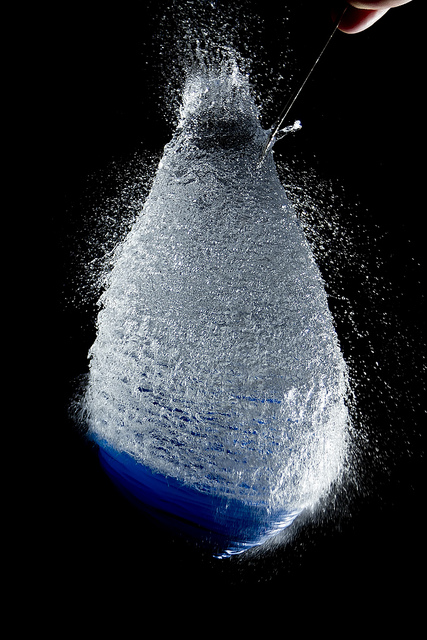 For other events, you may actually want a delay between the trigger and the actual photo being taken. This is usually the case with water drop photography. You drop the drops through an infrared / laser beam, which triggers as the drop breaks the beam. But you want the camera / flash to fire as the drop actually hits the water. The majority of triggers include the ability to delay the trigger signal by a very small amount of time, to make this possible. 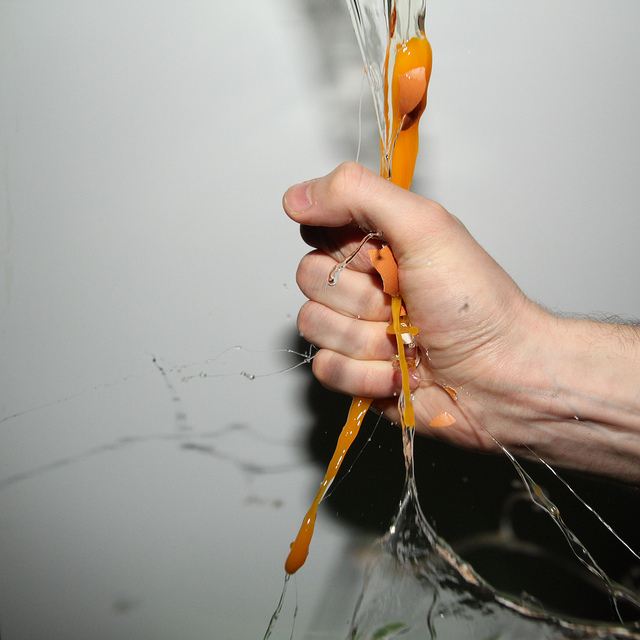 High speed photography can take some time to set up, and typical subjects such as splashes or items smashing can be quite messy too. But it allows you to get fantastic images, freezing a moment in time you would never see with your eyes.