How to use flash gels to color your lighting

Flash gels are thin pieces of colored plastic that you can place over your flashgun, studio strobe, or any other artificial light source to modify the color of the light. (Actually they don't always have to be colored - we'll look at some neutral flash gels at the end of the article).

The reason they are known as gels is because they were originally made from gelatin. Plastic is a lot more long lasting, cheaper, and easier to use, so you're unlikely to find any flash gels still made from actual gelatin today. In this article we'll look at how you can use flash gels for balancing flash with ambient light, creative use of gels for colored lighting effects, how they can be used for reducing the light power, and creating softer lighting. 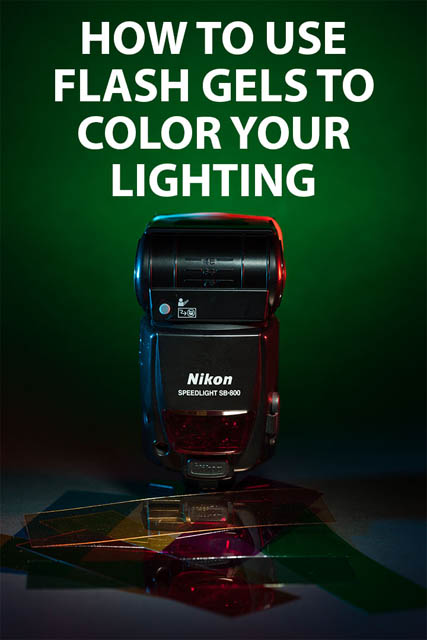 Lighting gels come in a wide range of sizes. You can buy small pieces designed to cover the end of a speedlight flash. Or you can buy large sheets designed for use with theater lights. 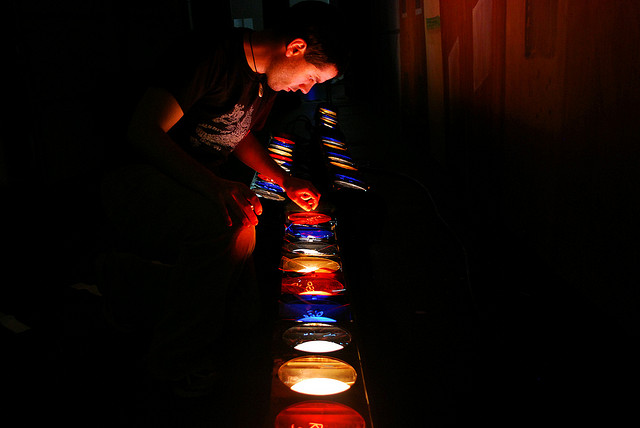 There are many sellers that sell a kit of various colors in sizes suitable for use with speedlight flashguns, and I would recommend purchasing one of these for most photographers. These kits are quite cheap and give you the most common colors you're likely to want. And all in the correct size for a flash, so you don't have to spend time cutting down larger filters.

There are a wide range of manufacturers making lighting gels. The largest two are probably Lee (who also make photographic filters) and Rosco. There are plenty of unbranded gels available too, but the kits made from Rosco or Lee filters tend to be very reasonably priced as well as being good quality.

Attaching lighting gels to your flash

If you don't want to add velcro to your flash, you can find plastic gel holders that attach to the front of the flash. Or you can just use an elastic band.

Use of gels with hot lights

If you are planning on using gels with a light that gets quite hot, such as a studio strobe or non-LED continuous lighting, then you should check the gel can handle the temperature. You don't really want to melt a colored gel to your light.

Speedlight flashes can get hot, but generally not really hot. I don't think I have ever heard of anyone melting a gel to their speedlight. And regardless, if you buy one of the gel kits designed for speedlights, then you can be sure they are suitable for that purpose.

All lighting gels will cause a certain level of light loss. The deeper / stronger the color, the more light power will be lost. Often the gel manufacturers will publish information on how much light loss the gel causes. In most cases it will be less than one stop of light.

Since flashes allow you to control their power in stops, it is easy to compensate for any loss of light caused by a filter gel. If the gel causes half a stop of light loss, just increase the flash power by half a stop to compensate. With some gels you may find the loss of light is so minimal it's not even worth compensating for.

Being made of plastic, flash gels are pretty durable. They don't tear easily, and while they can get scratched or fold marks, these don't affect the lighting.

Over time the colors in gels can fade, but the dyes used in modern gels are very good. If you leave your gels out in the sun for a very long time you'd probably notice some ill effects, as with anything made of plastic. But used in a normal way, they should last you several years.

One of the main uses of flash gels is when you are photographing under colored lighting (e.g. tungsten, fluorescent), but need to add in a bit of extra lighting with a flash. Flashes are color balanced to daylight, whereas fluorescent lighting has a green tint, and tungsten appears quite orange. 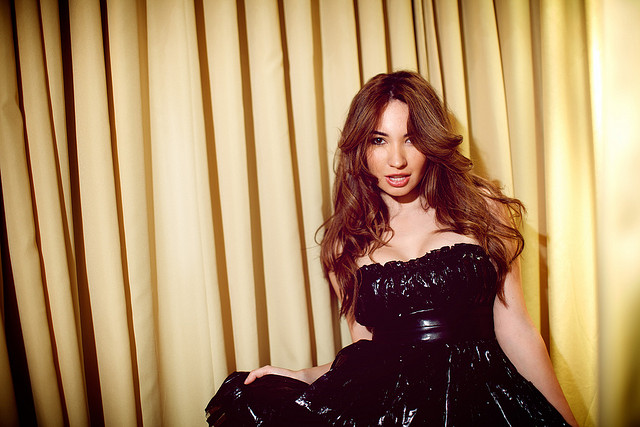 The solution is to gel your flash so that its color matches that of the ambient lighting. By adding a green gel to your flash, the flash will no longer look magenta, but neutral, as the fluorescent white balance setting neutralizes the green color.

CTB
Color Temperature Blue isn't that useful for color correction with flash, but can be used over a tungsten light to bring it to a similar color temperature to daylight.
CTO
Color Temperature Orange can be used to make a daylight balanced light (like flash) match tungsten lighting. A light orange can also be useful for matching sunset / sunrise light.
Green
Often called 'plus green' or 'window green', used to make a daylight balanced flash match fluorescent lighting.

These gels are all available in a number of strengths, typically quarter, half, and full. This allows you to adjust the amount of color you add to your flash, so you can match it carefully to the ambient lighting. Not all lights will have the exact same intensity of color, some will be stronger than others. So you can adjust the intensity of the colored gel you use to match. 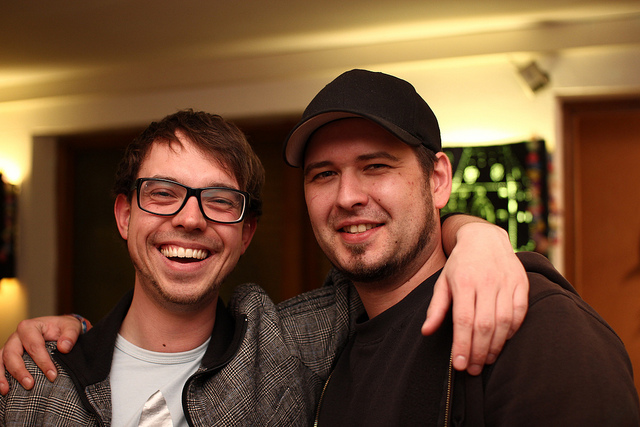 If you're wondering how you tell what strength of gel you'll need, well that's a bit trickier. It's just a case of testing. Set your camera to the correct white balance for the ambient light. Add a gel to your flash and take a test shot. You should be able to see whether the output of your flash matches the ambient lighting or not.

If the flash is over-corrected, use a weaker gel. If it's not corrected enough, use a stronger gel. You can double up on gels to create a stronger effect too. Two half CTO gels will have the same effect as a single CTO gel. 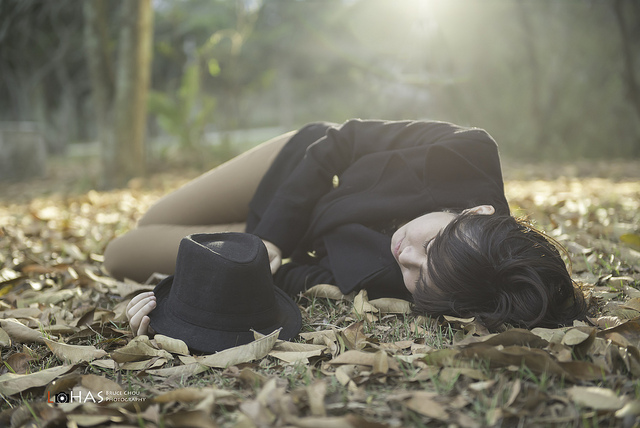 DSC_5352 by BoChengChou on Flickr (licensed CC-BY) - ½ CTO gel used to match the flash to the warm color temperature of the late afternoon sun.

When not to color match

In some cases matching your artificial lighting to the ambient lighting can make an image weaker rather than stronger. If you're photographing a portrait under cloud or in the shade, technically you would add a light blue to your flash to match the color temperature of the ambient lighting. 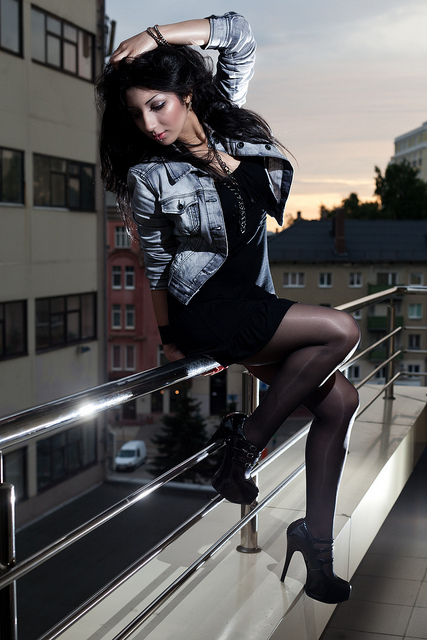 Wilhelmina Volter by Dima Bushkov on Flickr (licensed CC-BY) - white balance set for flash, resulting in background having a slight blue tint and helping the subject stand out.

However, if you you don't gel the flash, then the subject will be lit with slightly warmer light than the rest of the image. This helps bring them out from the background. The difference in color temperature doesn't tend to be massive, it's not a big jarring difference. Just enough to draw attention to the subject. 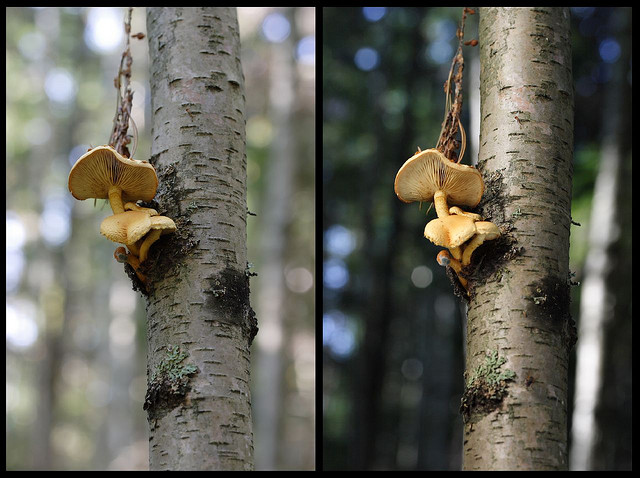 In a similar way, you can add a slight orange gel to your flash when photographing in sunlight to warm up your subject's skin tones a bit.

As well as correcting flash to match ambient light, color gels can be used to purposefully color the light a completely different color. This can be done in combination with ambient light, or using flash alone.

This is where more color gels, such as red and purple can come in handy. Gelled lights can be used for changing the color of a background behind your subject.

Or they can be used to light your subject. Using multiple lights with different colored gels can create great images. I think part of the strength of this technique is that it is not an overly used effect - you don't see images purposefully lit with two different colors that often. 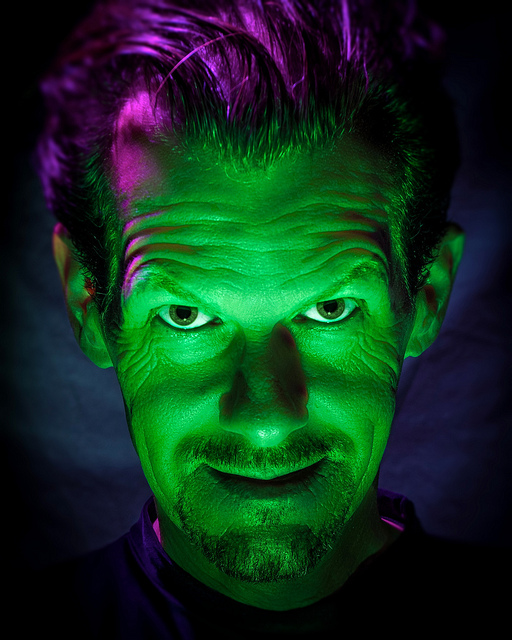 To have the separate colors show up well, it is best to angle the lights from different (typically opposite) directions. That way you have items lit with one color from one side and a different color from the other side. If both lights were positioned close together, the colors would just mix into a single color. 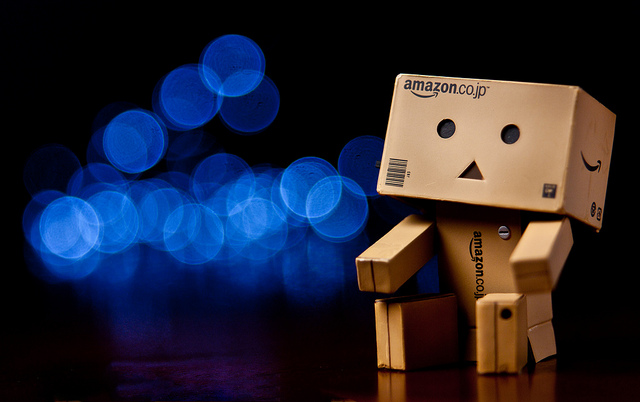 The last type of flash gels I want to talk about are uncolored. Neutral Density gels work the same way as neutral density filters work on a camera. They simply cut down on the amount of light, without altering the color temperature.

You may be wondering why you would want to use an ND gel with your flash. Why not just turn the power on the flash down instead if it's too bright? Well, there can be instances where the flash is too bright even at minimum power. This is where an ND gel can come in handy. 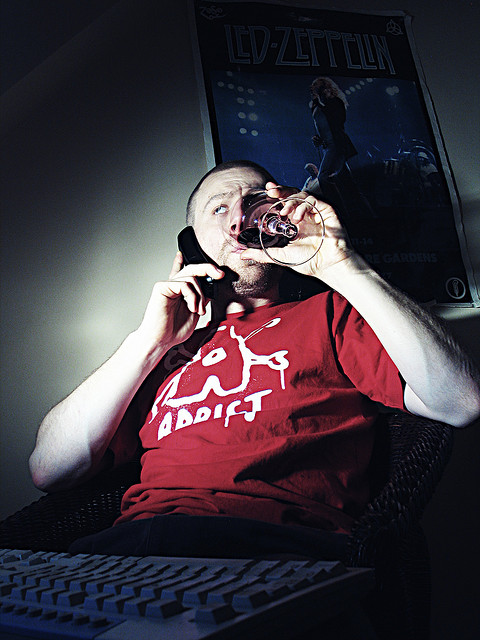 Day 117 - Addict by Phil and Pam Gradwell (to be) on Flickr (licensed CC-BY) - The portrait was lit with a flash that only goes down to 1/16th power so an ND flash gel was used to further reduce the power of the flash to the desired level.

There aren't many occasions when a flash will be too bright even at minimum power though, but a few examples could be:

These are all quite extreme examples though, you would probably need to be using the flash undiffused and quite close to the subject for the minimum power to be too strong. The further away the flash is, the less of the light hits the subject. And diffusion (such as a softbox) cuts down on the light level too.

Diffusion gels are used to soften the light coming from a flash. They are usually sold as 'diffusion' or 'frost' gels. They spread the light out as it hits the gel, and should be positioned some distance in front of the flash, rather than right against the flash head. See below examples - the diffusion gel used (Lee 216) causes about 1½ stops of light loss, the flash power was not adjusted to compensate for these examples. 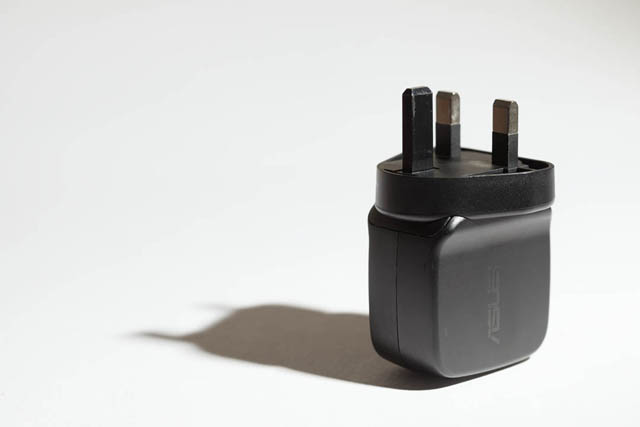 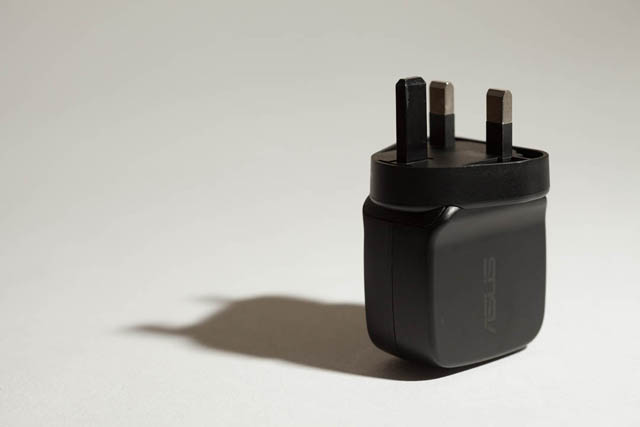 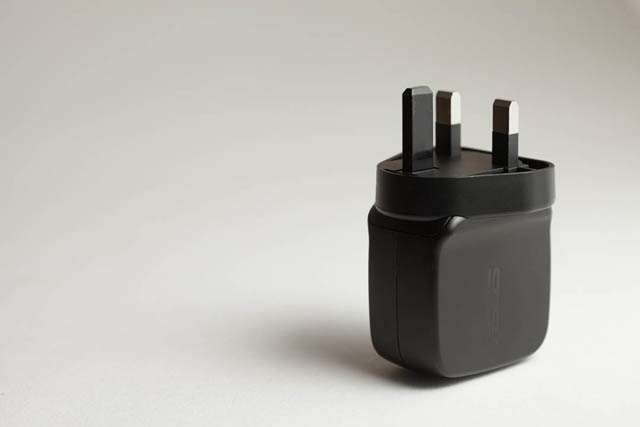 Diffusion gel placed between the flash and the subject

Soft light tends to be more pleasing than undiffused light. Harsh highlights and shadows disappear, and the transition between light and shadow areas becomes more gradual. Probably the main use for soft light is in portrait photography, but it can also be very useful for macro and product photography too.

Diffusion gels cause a loss of light, and this is usually given in the name / specification of the gel. As a general rule, the better the gel diffuses the light, the more light will lost. So a one stop diffusion gel will very likely give a softer light than a quarter stop diffusion gel.

Gels are very useful for flash photography, whether it's for balancing flash with ambient light to create a natural looking image, or purposefully using colored lighting for creative effect. Packs of gels for speedlight flashes can be purchased very cheaply, so if you have a flash, why not pick up some gels and see what you can create.

Which Lens to get? A Lens Buying Guide Improve your Photography by making mistakes