In the last couple of articles we've looked at lighting for macro and close-up photos, and the different flash configurations available. In this article I want to look at a couple of problems you are likely to come up against when using flash to light your macro photos. These issues with are black or dark backgrounds, and harsh lighting. 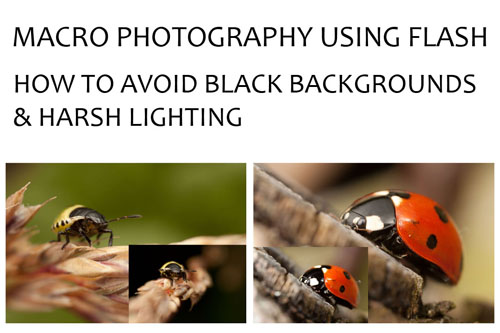 The first thing to say is that black backgrounds aren't automatically a bad thing. They can do a very good job of making the well lit subject really pop out from the image. But they also give a slightly un-natural look, as if they were taken in a studio, or at night.

The reason why you often get dark backgrounds when using flash is known as flash fall off. As light spreads out from the flash, the further it travels then the larger the area it covers, and so the less its intensity.

The intensity of light falling on the background compared to the subject can be calculated using the inverse square rule. An object that is twice the distance from the flash compared to the subject, will receive one quarter of the light that the subject receives. This is a difference of 2 stops. (See Photography Basics – Exposure for more information on how exposure is measured).

So, there are a few different solutions to this problem: 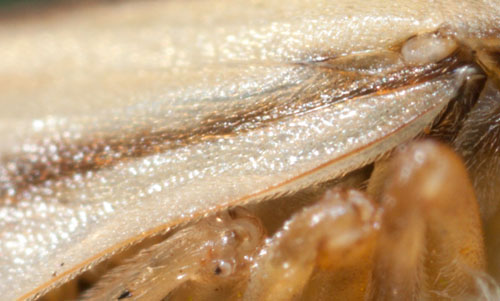 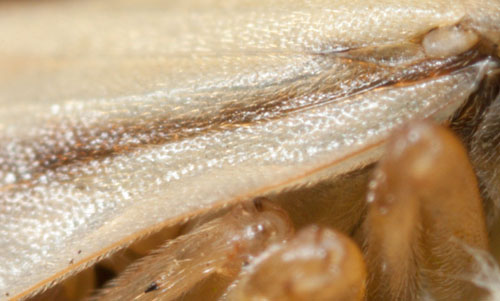 Moving the flash close to the subject results in a small improvement, highlights are smoother and not as harsh. This does result in a darker background though (as discussed above).

Using a diffuser in front of the flash can create much softer, more diffuse light, resulting in less harsh highlights and shadows. As with natural light photography, you may want to consider placing a diffusion panel between your subject and the light source.

You can also purchase mini-softboxes for speedlight flashes (or make your own). These can be used to create a larger, softer light.

For very close working distances, you can attach a piece of vellum paper or tissue paper over a piece of plastic drinks bottle attached to the end of your lens. This then is positioned above your subject, and will diffuse the light of a flash fired through it. 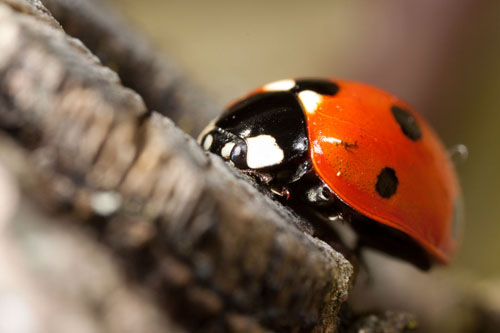 Using undiffused flash results in harsh highlights on the beetle's shell where the flash is reflected. 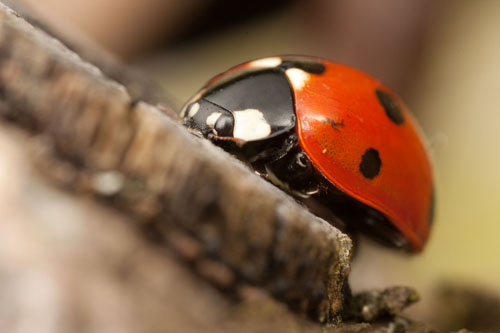 Well, I think that about covers the different solutions to black backgrounds and light quality when using flash for macro and close-up photography. If you have any suggestions or comments, feel free to leave your thoughts below.