Slit scan photography is a technique where a slowly moving shutter is used. When combined with subject movement, this can result in quite abstract images where the subject becomes stretched out over the photo. 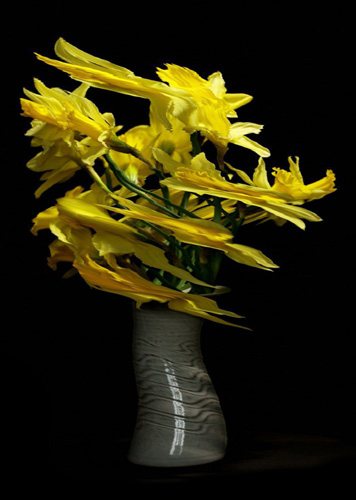 I covered how to create a slit scan style photo of an object rotating on a turntable in my post Slit Scan Object Photography How To. At the time I wrote that article, I didn't have a camera that could record video. I now do, and have found that using video greatly speeds up the process of recording the needed images.

Taking these photos takes quite a bit of time. Video is essentially taking lots of photos, very quickly. With a camera that can record video at 30FPS (Frames per second), you can take the equivalent of 360 photos in just 12 seconds. You can then extract all the frames (photos) from the video.

For taking video of a rotating object to convert into a slit scan image, you will need to use continuous lighting rather than flash. Sunlight may work fine, though for my images I used a small LED light panel. (I would have quite liked to try having a spotlight on the background as well, but I don't have a spotlight).

Start recording the video and then slowly rotate the item on the turntable. The length of video you record is dependent on the pixel height of the final image. 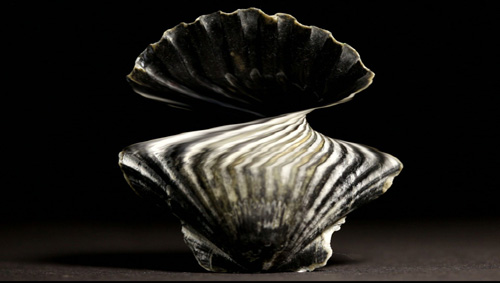 Once you've taken the video, transfer it across to your computer. There will likely be a few seconds at the start of the video where you're moving from behind the camera to the turntable to start moving it. You probably don't want these frames included in the final image. So open the video and watch the start, making a note of how many seconds into the video you start turning the turntable.

Now we need to extract the frames from the video. There is a good description of a variety of techniques you can use to do this here: How to Extract Image Frames from a Video File. I used the ffmpeg command method:

If you shot your video in portrait orientation, you will probably find that the frames have been extracted in landscape orientation. In this case you will need to rotate them all anti-clockwise to correct the orientation. In Windows this can be done by selecting all the images, then right-clicking and choosing 'Rotate counterclockwise' from the menu that pops up.

When you have your photos extracted from the video, the rest of the process is the same as described in my previous article. Just pull the folder into the image-slicer.cmd file, and wait for it to process all the images.

There is one (slightly) negative point of using video over shooting separate photos that I have noticed in my images. It is more difficult to continuously rotate the turntable than it is to turn it only a small amount. This results in slight wobbles in the slit scan images as the turntable wobbles slightly and speed changes as I turn it.

This is mostly down to my turntable not being particularly smooth. Ideally you would have a motorized turntable that moves at a very slow constant speed. I don't think it detracts from the image much, and in some cases could actually be thought of as an interesting effect. 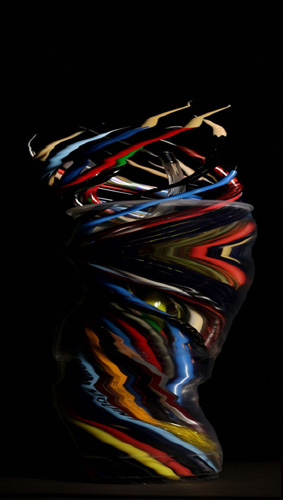