What to look for when buying a Speedlight Flash: Off-camera use

While speedlight flash is great for on-camera use, giving you a more powerful flash with bounce capability, speedlights open up even more lighting possibilities when used off-camera. In this article we'll look at some of the different trigger methods speedlights may include that allow you to use them off-camera. 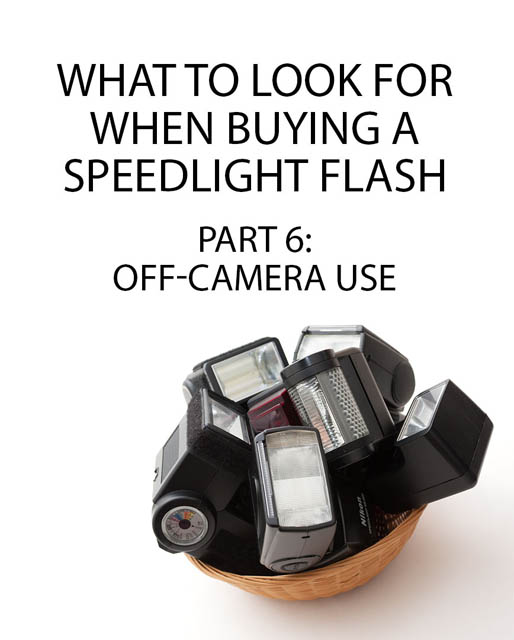 An optical trigger allows you to use a speedlight off-camera, and have the flash fire when it senses that another flash has fired. So you might have your speedlight placed off-camera, then use your camera's pop-up flash on a low power setting to trigger it.

Most modern medium sized flashes feature a built-in optical trigger, while many older models of flash lack one. It is possible to purchase an optical trigger separately that attaches to the flash's hot shoe. But it is more convenient if the flash has one built-in. 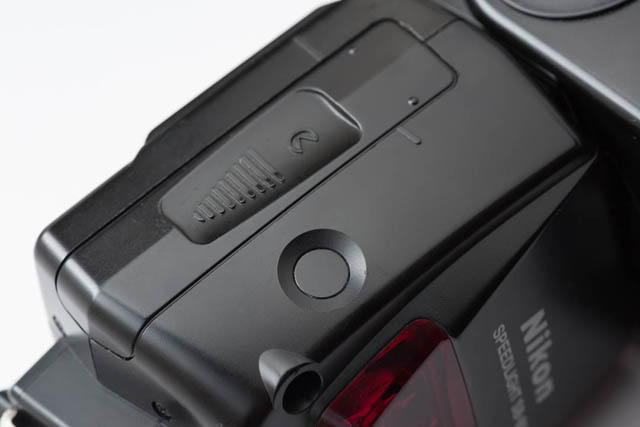 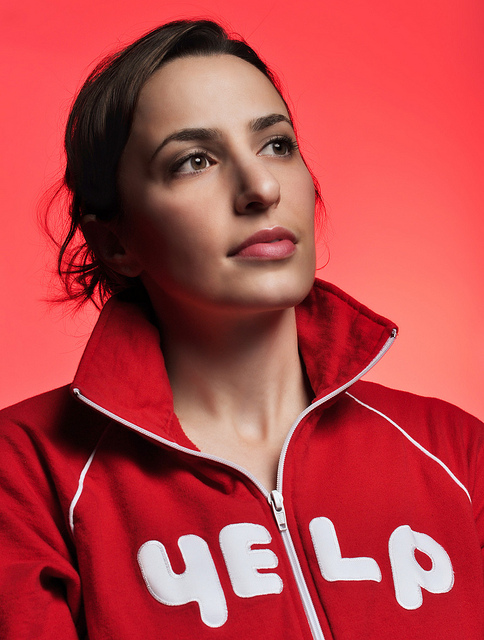 Nicole by James Willamor on Flickr (licensed CC-BY-SA) - a radio triggered flash was used to light the subject and trigger the background flash, which was using its built-in optical trigger

Depending on the camera model(s) you intend to use with the flash, it can be helpful to look for a speedlight that features a pre-flash compatible optical slave mode. Most cameras with a pop-up flash use TTL exposure mode by default, and some cameras do not feature a manual mode for their built-in flash. A TTL flash fires what is known as a pre-flash just before the actual exposure starts. It is this pre-flash that the flash / camera uses to determine the exposure settings.

With a speedlight that uses a basic optical trigger, it will detect the pre-flash from the camera's flash and fire. Then when the actual exposure starts and the camera fires its flash properly, the speedlight won't fire, since the bursts of light are so close together, and it wouldn't have had time to recycle anyway.

With a pre-flash compatible optical slave, the speedlight will ignore the pre-flash and only trigger when the 'real' flash from the camera fires. This can be very useful if you want to use the speedlight off-camera with compact cameras or more basic ILC models, which often only feature a TTL flash mode. 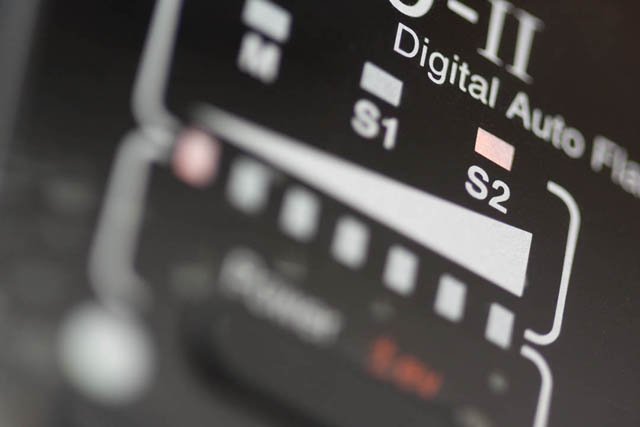 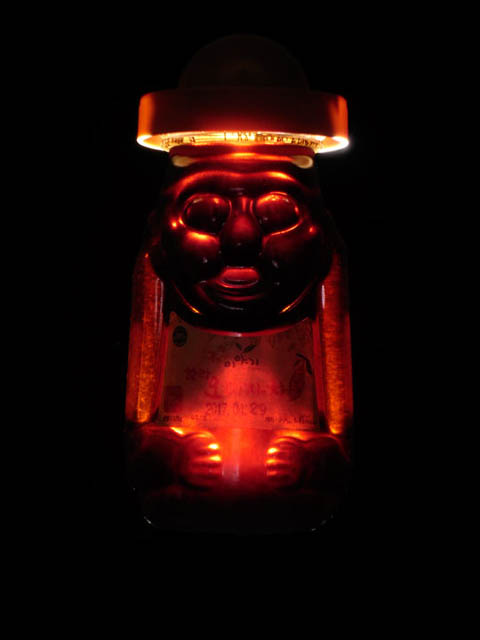 One of the disadvantages of an optical trigger is that it requires line of sight between the speedlight and the flash that is triggering it. This means you can't use your camera's pop-up flash to trigger a speedlight placed behind a wall, for example.

Optical triggers can also have trouble in bright sunlight. With the brightness of the light constantly hitting them from the sun, they sometimes can't detect the flash from the camera.

And they also require another flash to fire them. Connecting another off-camera flash to your camera via cable to act as the 'trigger' flash is one solution, but having a cable connected can be inconvenient. Using on-camera flash is the other option, but you might not want any flash from the camera position affecting the image.

Radio triggers have none of these problems, which we'll look at now:

Radio triggers rely on radio waves that easily pass through most solid objects, and can travel a long way. Just like optical triggers, radio triggers can be purchased separately, but you might want to consider a speedlight that features a radio trigger built-in. 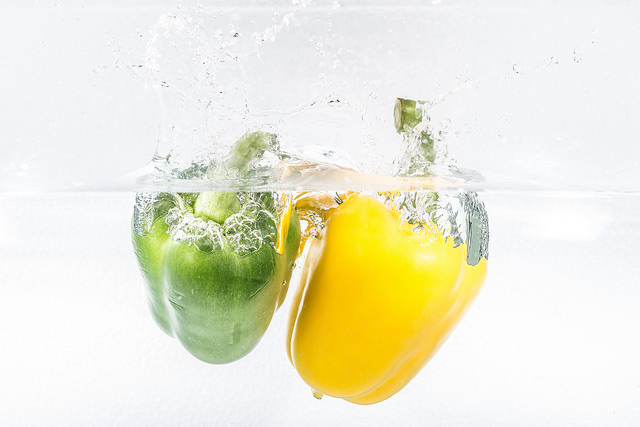 Unlike a basic optical trigger, which simply relies on a burst of light to trigger the flash, radio triggers are much more specific. You need a transmitter that speaks the same 'language' as the receiver in the flash for it to work. You can't buy a speedlight with built-in radio trigger from one manufacturer, then a transmitter from another manufacturer, and expect them to work together.

If looking at a speedlight with built-in radio trigger, make sure you factor in the cost of the transmitter for the camera, if it is not included. And also be sure to consider what features the flash's built-in trigger offers, compared to using an external radio trigger.

Some speedlights offer full wireless control, either via an optical trigger or radio trigger. Others will just fire when they receive a wireless signal, and can only be used wirelessly in manual or auto exposure mode.

For speedlights that offer wireless TTL, this enables you to set up multiple off-camera speedlights, and have the camera automatically set the exposure and flash exposure settings to give a correctly exposed image. 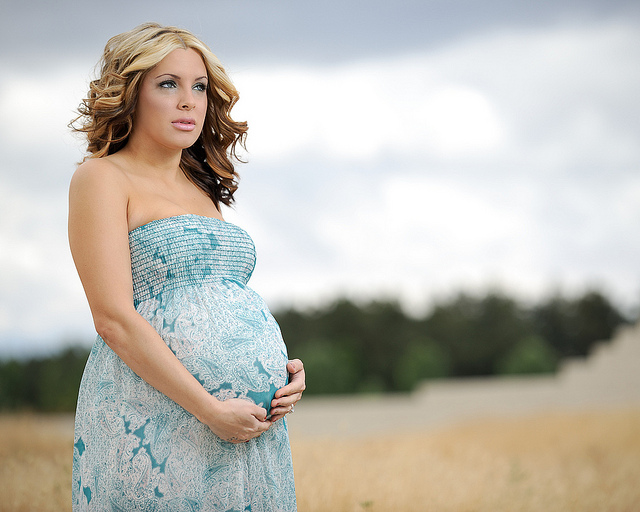 There are also some flashes that offer a halfway house - they only feature manual exposure mode (no TTL), but do allow changing the flash power wirelessly from a controller unit.

Again, for photographers that can work slowly, this is not much of a benefit, since it doesn't matter if it takes a few seconds to walk over to a speedlight and change its settings. For those who need to work more quickly, such as portrait photographers, it is much more useful. If you don't plan on using off-camera flash at all, then it is no benefit at all.

It should be noted that not all cameras have the ability to wirelessly control speedlights. Some may need an accessory or 'commander' flash to allow controlling off-camera speedlights from the camera position.

Currently there are no cameras that allow wireless radio control of an off-camera flash without addition of a radio commander unit. But many cameras have built-in wireless optical control, using the pop-up flash to control off-camera TTL speedlights. 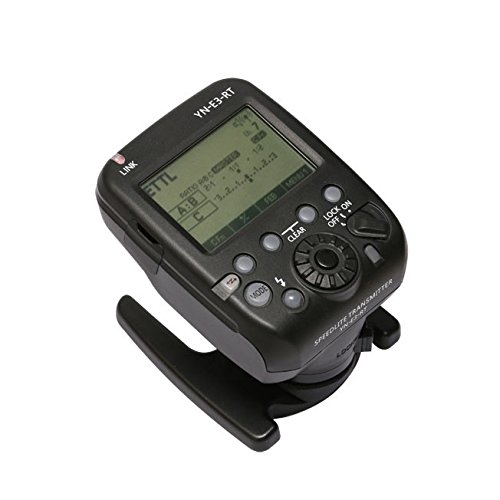 You also need to make sure that the wireless TTL system used by the flash is the same as that used by your camera. A wireless TTL flash designed for use with a Canon camera won't offer wireless TTL if you then try and use it with a Nikon camera.

It is possible to purchase 3rd party radio triggers that allow off-camera TTL flash with speedlights that normally only support TTL flash when used on-camera. But just like 'dumb' triggers, you should consider the extra size and cost adding an off-camera TTL trigger to a flash compared to just buying a flash with the same functionality built in. 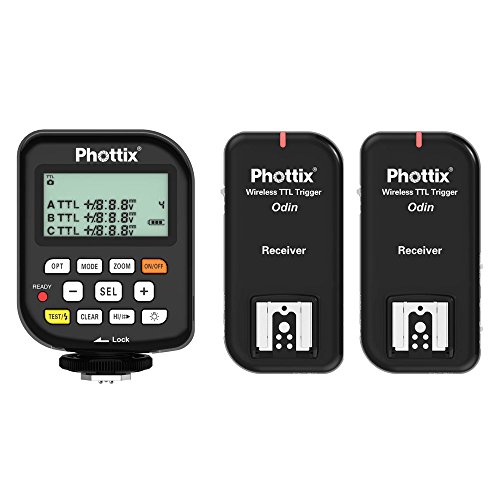 The Phottix Odin is an example of a TTL flash radio system that can add wireless functionality to standard TTL speedlights. But it adds extra size (and battery use) compared to a flash with a similar system built-in. 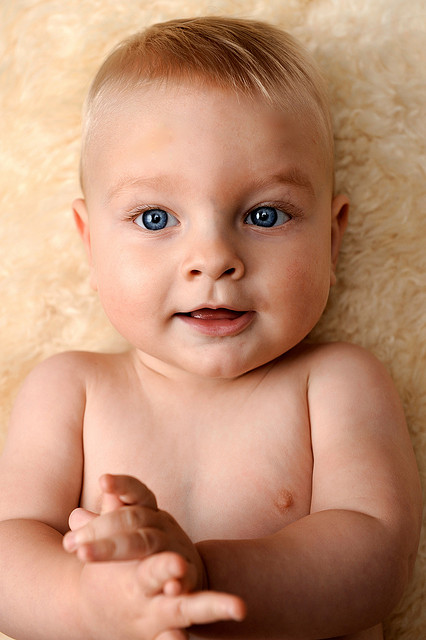 Baby Boaz 1 by Joost Assink on Flickr (licensed CC-BY) - lit using a commander flash on-camera bounced into the ceiling for fill light, and controlling an off-camera flash shooting through a white umbrella as the main light

As I mentioned before, you do need to make sure that any commander flash uses the same wireless system as your other speedlight(s), and the same TTL system as your camera. Otherwise they won't understand each other.

Choosing a flash for off-camera use can be a tricky business, especially if you already own one or more speedlights. There is a lot of incompatibility between the different radio systems used by different flash manufacturers. In general, a flash that supports TTL radio control will be most convenient and easy to use off-camera, but likely also the most expensive.

While certainly not essential, it is usually worth trying to go for a speedlight that at least features a built-in basic optical trigger. That way, even if you change the radio system or TTL system you use with your flashes in the future, the flash can still be triggered off-camera simply by another flash firing.