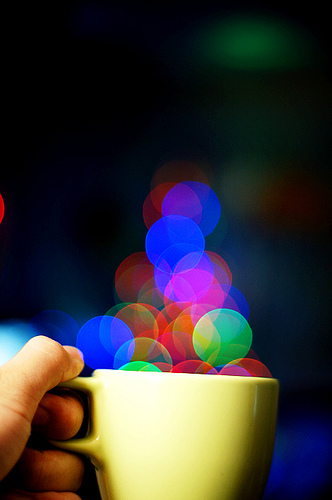 You will find that some people are very particular about bokeh, while others aren't really bothered. Just like one person might love a particular photo, while another person might think it is nothing special, the bokeh characteristics of a photo can be quite subjective.

Camera lens reviews, particularly those in Japan, now often include photos with out of focus areas particularly so that viewers can judge the bokeh.

The word Bokeh is a Japanese word (ボケ / ぼけ), which roughly translates to 'blur'. Japan has a long photographic history with most of the large camera and optics manufacturers (e.g. Nikon Canon, Pentax, Sigma) based there. So it is not too surprising that the Japanese word has made its way into the language of photographers worldwide. 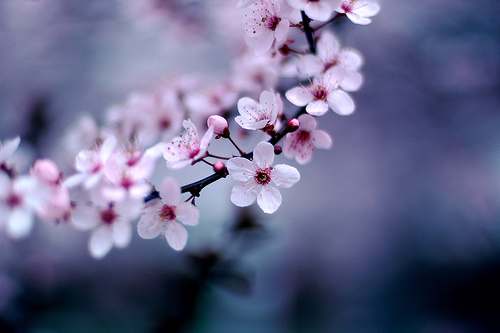 The character of bokeh is primarily dependent on the shape and smoothness of the opening made by the aperture of a lens. However, there are quite a few other factors that can also affect the bokeh of an image:

Why is Bokeh important?

An important aspect that affects the success (or not) of a photograph is the absence of distracting elements. Generally we want to bring the viewer's attention to our subject, and not something superfluous in the foreground or background that we couldn't frame out.

This can be achieved by using a shallow depth of field, blurring the background behind and in front of the subject. With distractions out of focus, the viewer will focus their attention on the subject. 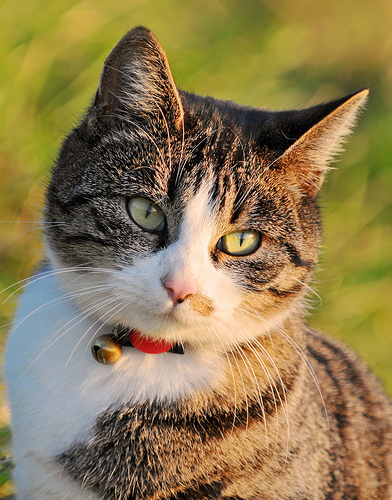 In some photos the blur itself can play an important role, and become part of the picture. So, the way that these out of focus areas look can be quite important.

However, you should not over-estimate the importance of bokeh. Considering all the other factors that go into making a photograph, bokeh is usually one of the least important. A good subject, composition, and lighting will just about always trump how the out of focus areas in a photo appear.

Another thing worth pointing out is that while there are differences in bokeh between lenses, these differences are usually very small. For the vast majority of photos the fact that distracting elements are out of focus is enough, the 'creaminess' of the blur doesn't really matter.

There are some cases though where Bokeh can become a distraction itself. And when all else is equal, better bokeh is obviously, well, better.

Bokeh is often described in ways such as 'creamy', 'harsh', and 'busy'. Generally most people prefer creamy, smooth Bokeh, but as I said earlier, it is a subjective thing. 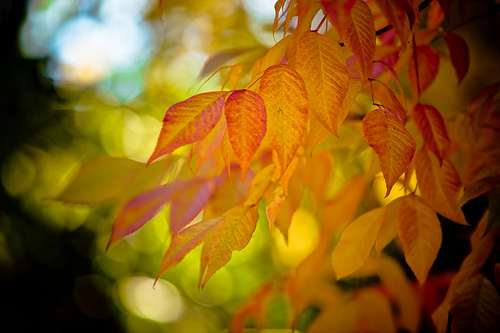 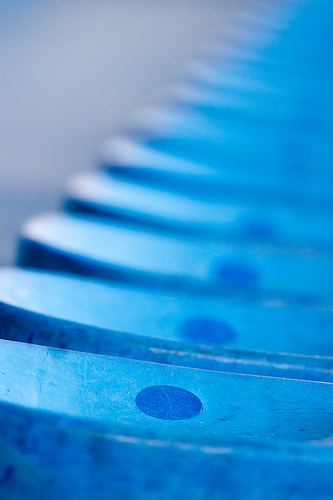 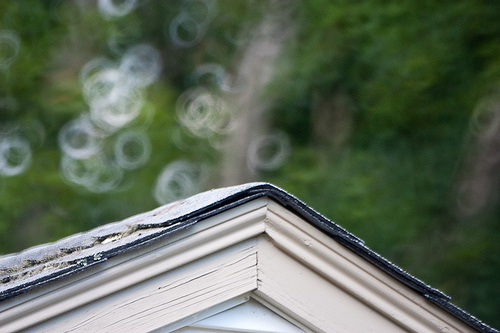 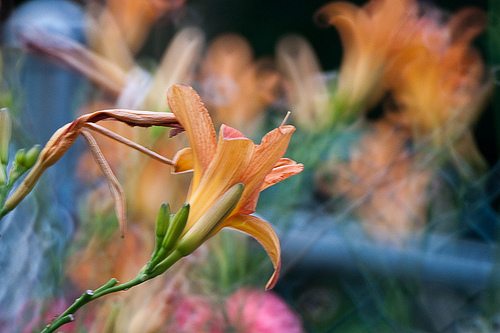 Above is another example taken with a mirror lens. The bokeh in this image could be described as both busy and harsh.Note particularly how the out of focus areas are doubled.

Bokeh is influenced by the shape of the aperture blades used in the lens. Lens manufacturers often like to include this information in their marketing for a lens, e.g. 'curved 9 bladed aperture for smooth out of focus backgrounds'. 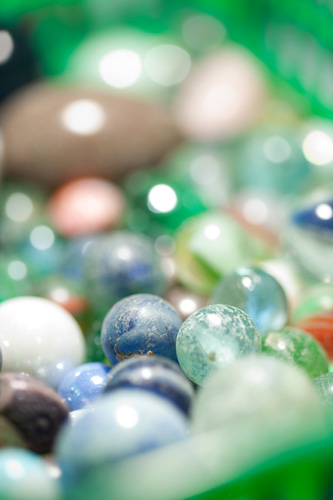 Lens wide open - out of focus highlights are generally circular. 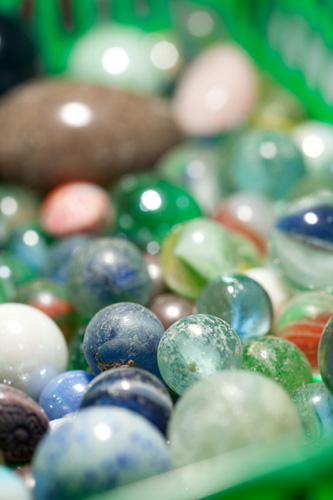 The lens the above two photos were taken with has an 8 bladed rounded aperture, so that the out of focus highlights still appear quite circular when the aperture is stopped down. You can see the aperture shape in the highlights near the top of the image. Note also that stopping the lens down has eliminated the cats eye bokeh. 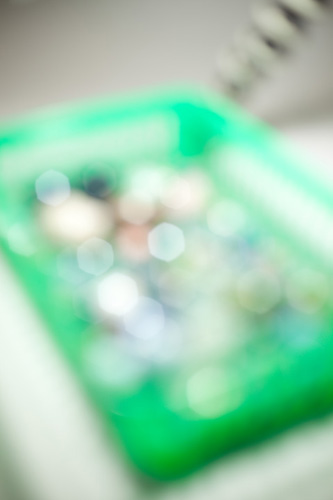 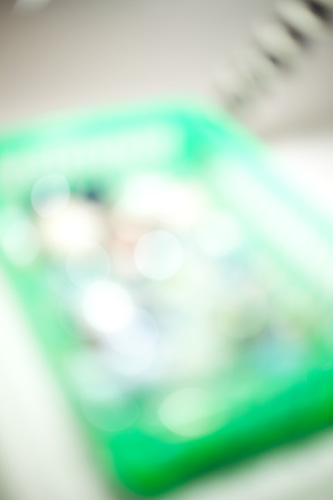 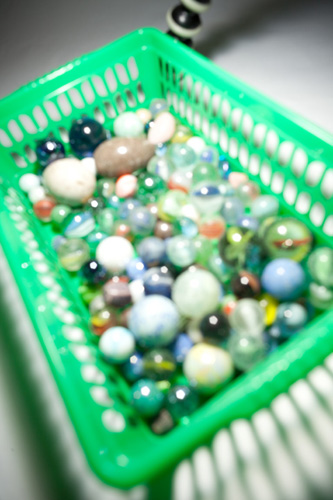 This lens has a pentagonal aperture, visible in the out of focus highlights when the lens is stopped down.

The fact that out of focus highlights show the shape of the aperture can be used creatively in some cases, by using a custom aperture. This is usually a sheet of card with a shape cut out, then placed in front the lens. The hole of the cut out shape acts as an aperture. Lens Baby also make an aperture kit for their lenses. 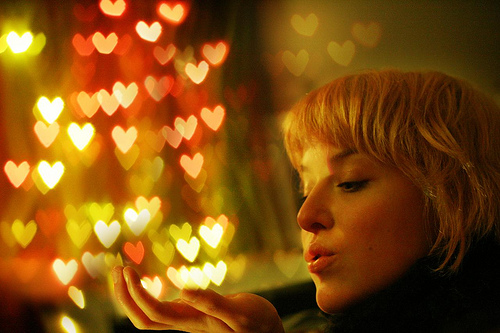 As you can see in the above images, you are only likely to see the shape of the aperture in out of focus highlights. If a highlight is in (or nearly in) focus, or is quite large in the frame, then it is unlikely to render this effect.

The shape of the aperture becoming visible in your photo can be used to artistic effect, or it may distract from the subject. Any lens can create a circular effect just by being used open.

Bear in mind that the amount the background is blurred is a combination of factors - the lens' physical aperture size, distance between you and the subject, and distance between the subject and the background. If you are wanting to get smoother out of focus backgrounds, it is probably one (or more) of these aspects that you should be looking at, rather than purchasing a lens with good bokeh. You can read more about this here: How to take photos with a blurred background by using a shallow depth of field.

While some people might like to obsess over bokeh, for most photographers it should not really be a big issue.