Insects and other creepy-crawlies such as spiders make great subjects for macro photography. When we normally see a fly buzzing around, it just looks like a black blob. But on the macro level it looks very different. 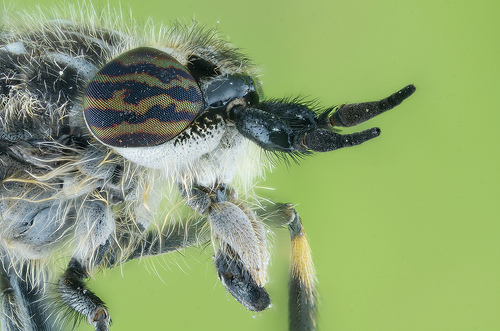 Many creatures can have an almost otherworldly look about them when captured up close. In a sense, they are of another world - the macro world.

In this article we'll look at some tips on getting close to insects (and other invertebrates) without scaring them away, finding them, and how to photograph them. 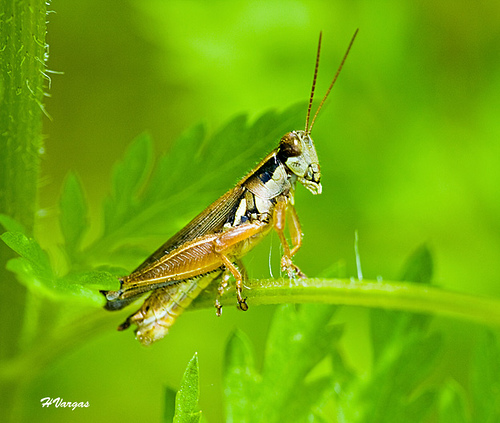 Getting close to insects can be quite tricky, they will often fly or jump away when you get near them. When sneaking up on an insect, try to move quite slowly, without making any fast, jerky movements. The nearer you get, the slower you should move. They can sense movement through their feet, so try not to brush against the bush or plant they are perched on.

A long working distance can be quite helpful when photographing insects, as it means you don't have to get quite so close. So a longer focal length macro lens is often preferred to a shorter one. 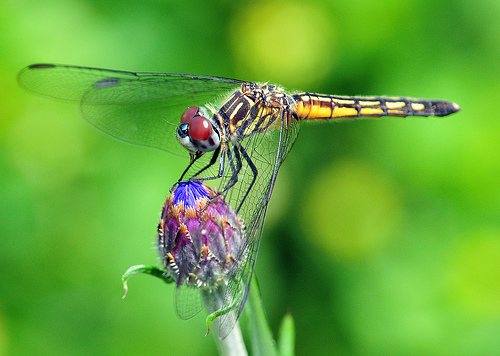 This is not to say that you can't get close with a shorter focal length lens, you can. It's just that the closer you have to get, the higher the risk that you scare the insect away.

When it is sunny there is also more risk that you will put the insect in shadow if you have to move in very close. If an insect suddenly goes from sun to shadow, it will likely move off to a sunnier spot. Try to avoid letting your shadow fall on the insect. 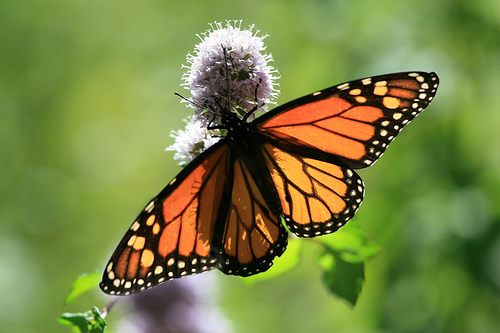 Insects are cold blooded, and so need sunlight to warm up. If you go out early in the morning, around sunrise, you can sometimes find 'sleepy' insects that are much less likely to move away when you get close. However, because they are not moving about at this time of day, it can also make them more difficult to find. 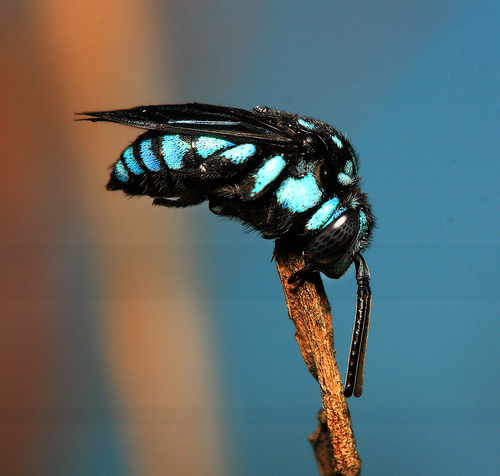 Early morning is also a good time to find insects covered in dew drops. These can make for some fantastic images. 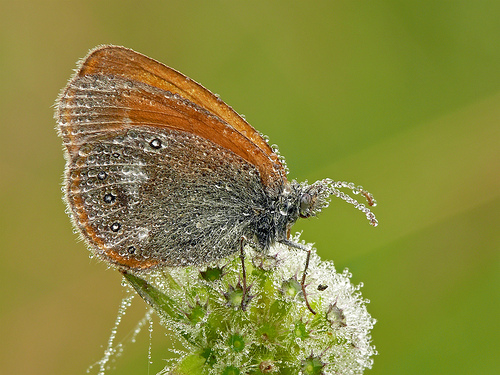 Many (male) insects are territorial, and may have a small stretch of river or land that they consider their territory. If you approach the insect and it flies off, just wait and watch where it goes.

It may move only a few meters away, in which case you can try sneaking up on it again. Or it may just fly around for a bit, and then come back to its original perch, where you're sitting waiting to take its photo. 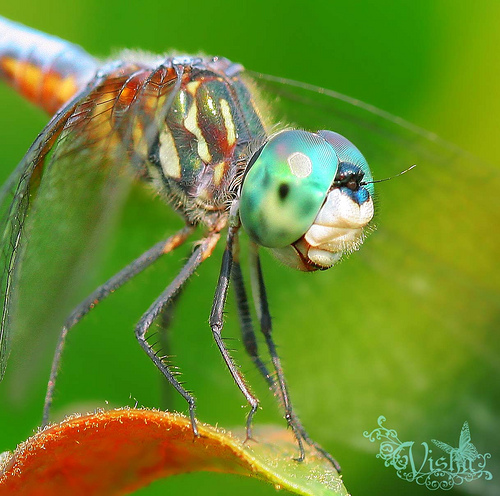 Getting close to insects is very difficult, even with the above tips. Don't be surprised that you'll have many more failures in getting close enough for a photo than you have successes. Thankfully there are a large number of potential subjects, so when one subject leaves, there's sure to be another nearby.

In the middle of summer during the daytime insects seem to be everywhere. However, there are some areas where you are more likely to find insects than others. Around water, particularly pools and rivers can be some of the best places for capturing insects. This is particularly true for insects such as dragonflies, mayflies, and damselflies, that spend most of their life living underwater. 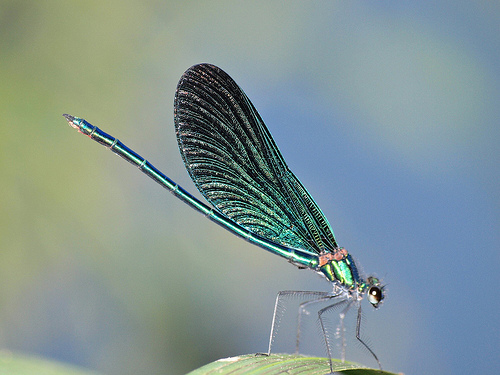 Many other insects can be found around water too, since they need it to drink, and there are fresh plants for herbivorous insects to eat. There are plenty of insects that hatch from the water, though this includes mosquitoes, so be prepared for a few bites if you're out photographing in the evening. 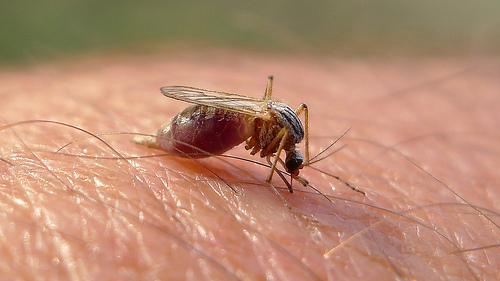 Another good place for finding insects is round the edges of fields, particularly if there is an area of woodland at the edge. If you are walking along a pathway through a grassy area, you can often find insects on the pathway. The flat area of the pathway warms up from the sun, and this in turn attracts insects as by sitting there they warm up faster. 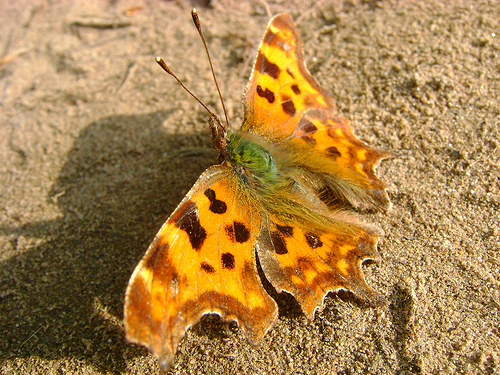 Finally, you can often find insects just by sitting down and waiting for them to come to you. This technique is particularly useful if you're sitting by an insect food source, for example flowers. Have your camera ready, then wait for an insect to come along and start feeding.

The eyes have it

Just like photographing people and other animals, it is generally best to try and photograph insects so that their eyes are in focus. Try to get the camera at eye level with the insect for a more engaging photo. 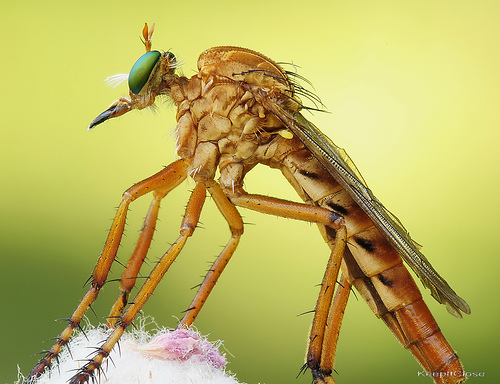 As always, there are exceptions to the rule, a photo looking down on a winged insect such as a butterfly, dragonfly, or fly can work very well.

During the daytime insects are always moving about, and autofocus can often be too slow to catch the insect in focus. Manual focus can be tricky, but it is generally easier to to use for macro photography than autofocus. 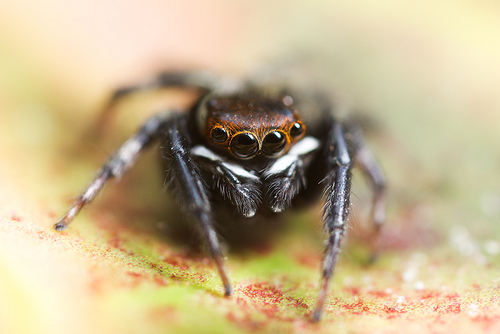 When an insect is moving about a lot, it can be frustrating trying to track their constant movements with manual focus. Sometimes it can pay to just set the focus on a specific point, then wait for the insect to move into that point and come into focus, then quickly take the photo.

Action shots of insects are pretty difficult. Occasionally you may be able to see an insect is just about to take off, and then manage to snap the photo just as it takes off. You will need very quick reflexes and to be quite lucky for this though. 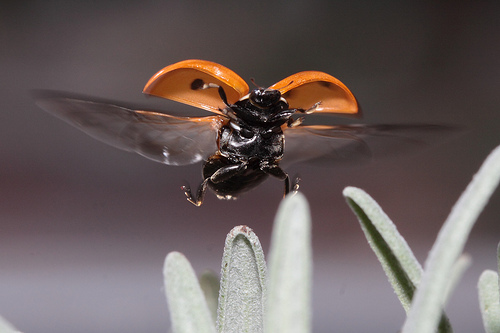 Jumping insects are even more difficult to capture. You can sometimes see an insect preparing to jump. But while an insect taking off to fly takes a little time as they get their wings working, a jump is almost instantaneous.

There are some 'action' shots though where insects can actually be easier to capture than they are when just resting or moving about. When they are feeding or mating, they are much less likely to be worried about the photographer sneaking up on them, as their mind is on other things. 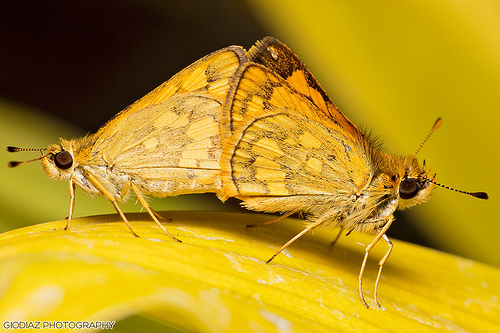 When capturing moving insects during the daytime, you need a reasonably fast shutter speed. This is both to freeze the subject, but also to prevent blur from camera shake. Just a tiny amount of camera movement during the exposure can result in a blurry photo when shooting macro subjects.

For more impressionistic photos you may be able to get away with using a large aperture (e.g. f/2.8). 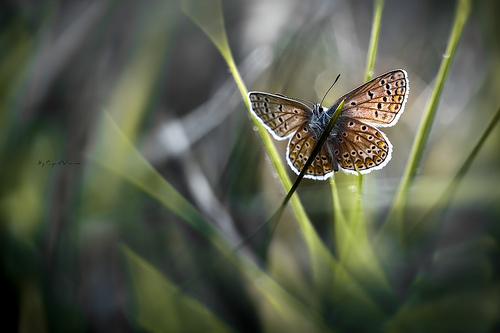 But generally for insect photography you want a large depth of field to capture as much detail of the insect as possible. This requires using a small aperture, e.g. f/8 - f/16. 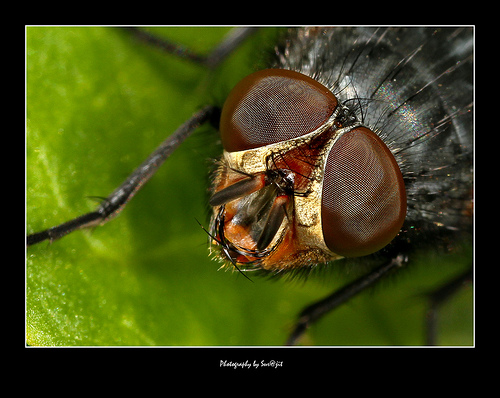 Using both a small aperture and fast shutter speed requires a lot of light. Depending on the magnification needed to capture the subject, natural light may be strong enough for a good photo. Alternatively you can use a higher ISO setting, or flash.

While certainly not essential, learning about the habits and behavior of your potential subjects can be quite useful. Knowing what types of insects are attracted to different flowers or different bushes can aid you in finding those insects. If one type of plant is popular with a lot of insects, and another is not eaten by much at all, you can save your time by just checking the plant that lots of insects like.

If you see small holes dug out in the mud, you may be able to identify them as nest burrows of solitary bees. Then wait around for the bees to try and get some photos of them. If you see a certain plant, you may identify it as the food plant of a particular caterpillar. Then check the leaves for signs of being eaten, and see if the caterpillars are there. 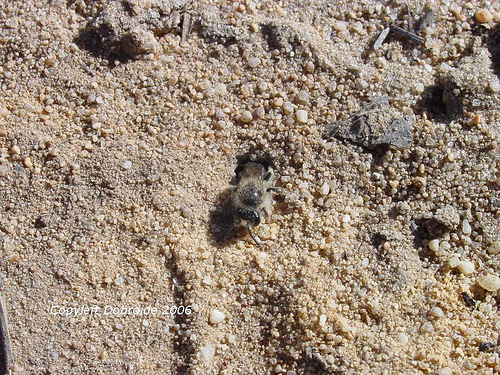 Even if if you don't learn about your subjects before photographing them, you may find yourself wanting to learn more after getting some good photos and observing them in the field.

Insect photography is certainly not easy, but when you do get that perfectly focused and composed shot, it is very rewarding. 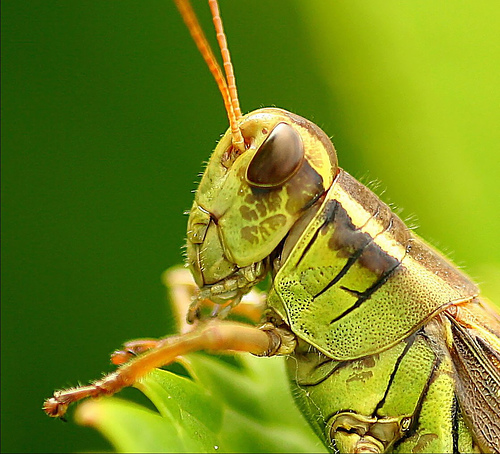 How does the zoom of a superzoom camera compare to a DSLR? Why use off-camera flash?