What is Chromatic Aberration (CA) and how to correct it

Chromatic Aberration can be seen as color fringes, most noticeable near the edge of an image. This is caused by different wavelengths (colors) of light being focused at different points. 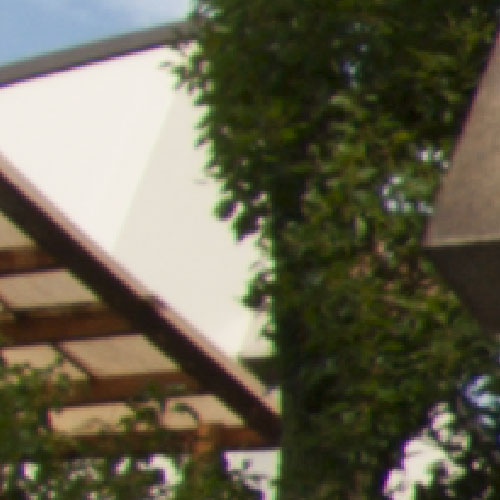 In the image above you can see chromatic aberration - a green fringe on the left of the leaves, and a magenta fringe on the right.

This happens because lenses have a different refractive index for different wavelengths of light. So as the light passes through the lens, it can become split, like it does through a prism. The problem is only relatively small, but it can show up in images, particularly if you view them at large sizes.

There are two different types of chromatic aberration:

How to correct Chromatic Aberration

To correct lateral chromatic aberration, you have a couple of choices. Some modern cameras correct it automatically in-camera, but you will need to shoot JPEG. For RAW files, you need to remove the CA when converting the RAW file. If you shoot JPEG with an older camera, you will need to correct the CA using image software as well.

Most image editing and RAW conversion software feature chromatic aberration correction tools. If you use Photoshop Elements, you'll find this feature is lacking. It can be added through the PTLens plugin ($25).

In most software, you are given 3 sliders, one for each color channel. Then you adjust the slider to correct for the fringe. Once you have determined the settings needed to correct chromatic aberration for your lens, you can save them. Then you can easily use the same settings on all future photos taken with that lens. 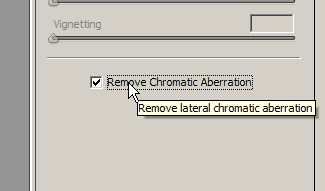 Purple Fringing and how to remove it

Purple fringing is often attributed to axial chromatic aberration. It appears as a purple or blue color fringe along high contrast edges. 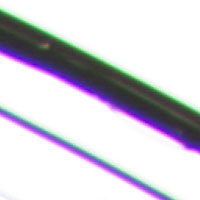 Crop of image with no CA correction applied 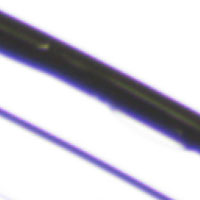 Some software has built-in fringing correction or axial CA correction tools that can be used to reduce or remove purple fringing. 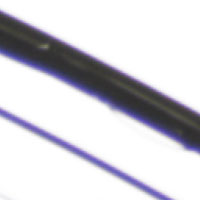 However, I find the best way to remove purple fringing is by using a Hue / Saturation adjustment to desaturate the purple color. 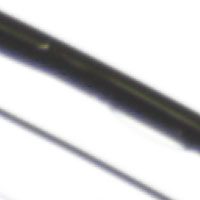 To do this, create a Hue / Saturation adjustment layer. From the drop-down list of colors that the adjustment will affect, change from 'Master' (all) to 'Blues' or 'Magentas'.

Reduce the saturation to zero. I also usually reduce the lightness slightly as well. Now move the color selection slider to target the fringing, until the slider is placed so that all the fringing disappears. I find that normally the adjustment needs to be targeted more towards the blues than the reds.

You can see the process in the video below:


With most modern lenses, chromatic aberration is not particularly troublesome, unless you are viewing your images at large sizes. However, it is quite easy to fix, particularly now that quite a few software packages feature automatic correction. If your software does not allow for automatic correction, you can use the tips above to remove any CA.