Improve your photos by including less

A tip I've mentioned several times before is to simplify your composition. By removing all distracting elements from a photo, you force the viewer's attention to where it should be - your subject.

If something in the frame doesn't add positively to the photo, then remove it. Too many elements in a single image results in 'information overload', and the viewer doesn't know where to look. But how exactly do you go about simplifying the composition of a photo?

Move closer or zoom in

Probably the easiest way to remove background distractions is to simply move closer to your subject, or zoom in so that they are filling more of the frame.

Zooming in, or using a longer focal length lens has a slightly different effect to simply moving closer. It gives a flatter, and narrower perspective. The field of view is much smaller, so the area behind your subject is much narrower. 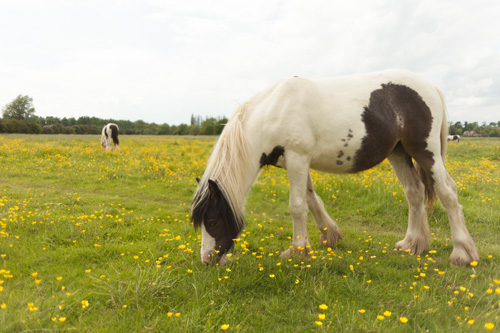 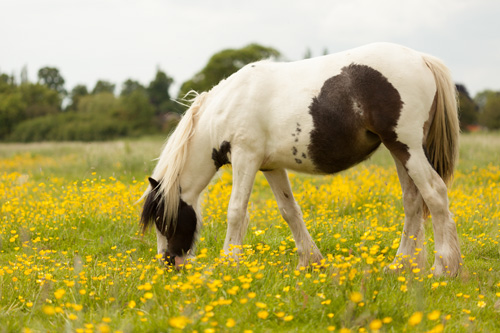 The above photos were taken about 1½ minutes apart. The subject size is approximately the same in both photos. You can see clearly the effect on perspective that the longer focal length lens has.

Not always practical, but sometimes you can move distracting objects from the scene. A good example would be if you are photographing something in your own home. Tidying up and removing anything that doesn't enhance the shot can be done quite easily (depending on how messy your house is).

Outdoors there are some distracting elements that can easily be removed as well, for example picking up some litter that spoils your landscape photo. If there are people in the way of your shot, you can always ask them to move. Often people will be quite obliging if you ask politely.

If your subject looks like they have a lamppost growing out of their head, you can't move the lamppost. But you can move your subject. Unfortunately this tip only works with subjects you can move, e.g. people.

Blur out the background

By using a shallow depth of field you can put a distracting background out of focus. You will need to put your camera in Aperture Priority or Manual mode, then choose the largest aperture your lens allows, e.g. f/1.8 or f/2.8. 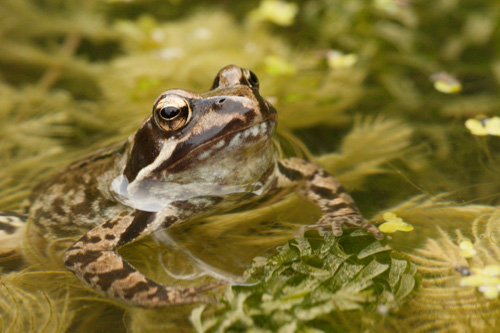 Photo taken with a small aperture (f/11), giving a large depth of field 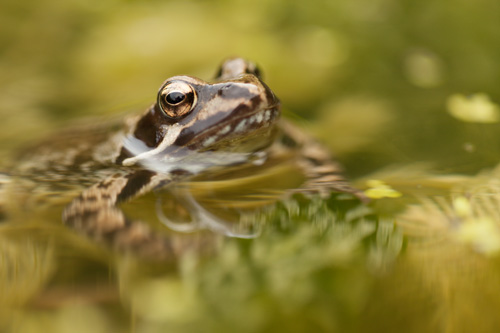 Photo taken with a large aperture (f/2.8), giving a shallow depth of field

In the photos above you can see that using a shallow depth of field reduces the distractions caused by the bits of pond weed. This helps focus the viewer's eye on the frog.

If you have a compact camera with a small image sensor, it can be difficult to get a good amount of background blur. This is one of the advantages of cameras with larger sensors, such as most MILCs and DSLRs.

You can frame your shot differently by choosing a different angle to shoot from. Sometimes this can just be a matter of moving the camera a few degrees in one direction. Other times you may need to lie down and shoot up at your subject (this can work well for taking photos of buildings in cities).

In some cases you can shoot down at your subject. If there is a bridge or building with public access nearby, getting a higher angle shot can be a good way to remove background distractions.

Sometimes there's really nothing you can do about the distracting elements. Think about if there is some way you can compose the photo in a way so that the elements are no longer distracting, but instead add to the image. 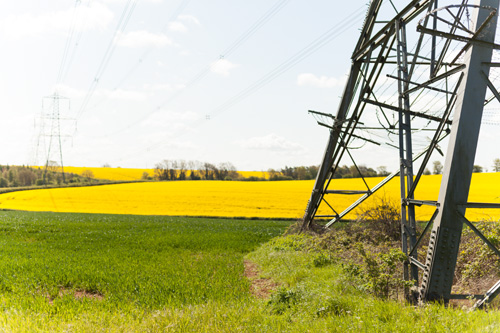 Electricity pylons running across the countryside are a fact of life. You can't get rid of them, so why not compose the image to make them an important part of the composition?

How to photograph Dragonflies and Damselflies How to Photograph Clouds