Here are some tips to help you get some spooky photos for Halloween.

Try lighting your subject from below. We are used to seeing photos where the subject is lit from above, so lighting from below appears very unnatural. You can ask your subject to hold a torch / flashlight at their waist and point it up towards their face to achieve this effect. 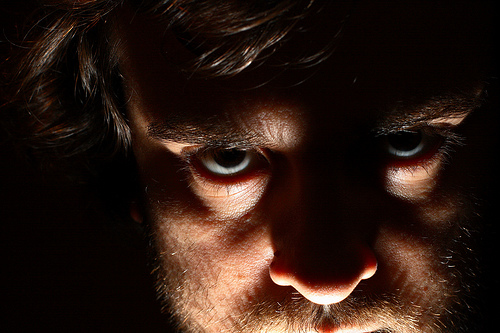 Don't forget about the detail

Some houses put on fantastic spooky displays in their front gardens at Halloween, but as well as taking shots of the whole garden, don't forget about the smaller details. Take some close-up shots of all the Halloween decorations and jack o' lanterns that are around. 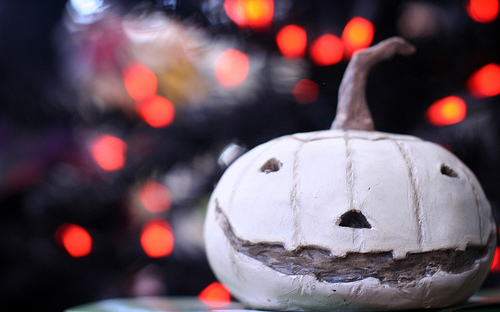 As well as group and individual photos, take some detail shots of the work that has gone into the costumes and make-up. Close-ups of Halloween themed food at a party can also make for some great photos.

Create a ghost with a long exposure

By using a slow shutter speed on your camera, you can create photos of ghostly apparitions. One technique is to have your subject stand still in a single place for about half to two thirds of the exposure time. Then have them quickly duck out of the photo. In the resultant photo they will appear as a semi-transparent ghost. 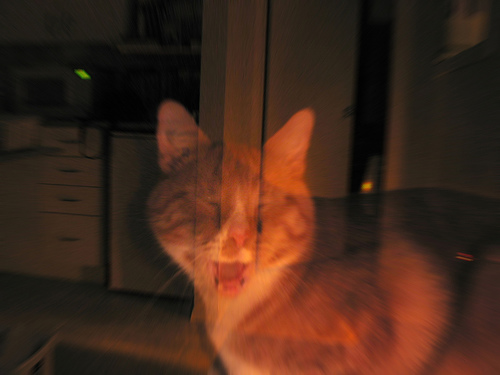 For this technique you will need a relatively low light level to allow the long shutter speed without over exposing the photo. During the day shooting indoors with the curtains closed can work. Or shooting outside around twilight can also work well. You will probably want to use a tripod to keep the background of the photo nice and clear.

Another method is to handhold your camera, and follow a moving subject with it while using a long exposure. Try and keep your subject roughly in the same place in the frame all the time. This will result in a photo with a blurred background and a blurred but somewhat recognizable and ghostly looking main subject.

If you want your subject to be more defined you can try this technique, but also using a flash at the end of the exposure.

When photographing people at Halloween, you will find that you get better results if you avoid using standard flash. To get good exposures without flash you can set your camera to use a high ISO speed. Usually for photography you would want to use as low an ISO as possible, but for spooky photography the grain caused by high ISO can add a eerie feeling to your photos.

If you do need or want to use flash, you will be best off using a small diffuser. This avoids the harsh directional light of standard flash, making your photos look much nicer. 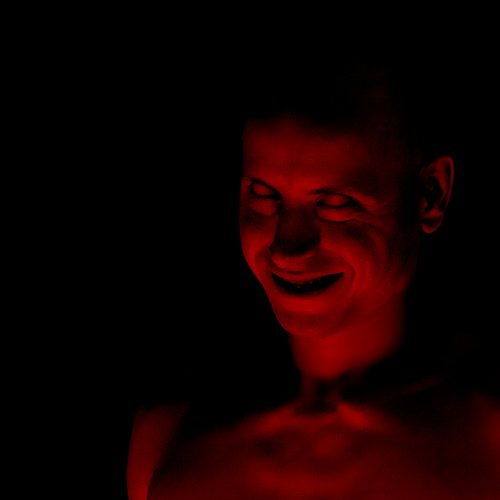 Another Halloween photography tip is to use colored flash in your photos. Red, green, and blue colored lighting can look quite unnatural and give your photos that spooky feeling. You can either purchase colored gels to use with your flash, or colored semi-transparent cellophane candy wrappers work just as well. 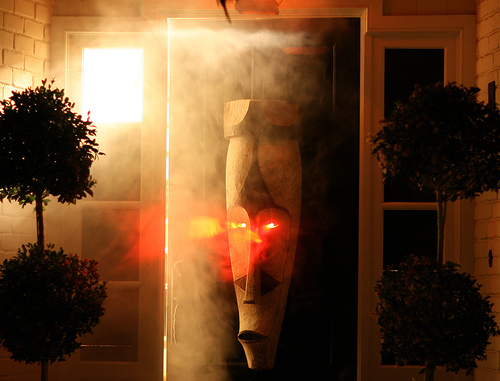 You can add some fog to your photos for added creepy effect. Smoke machines can be bought relatively cheaply, or dry ice can also work well. This can be particularly effective if you use off camera flash to highlight the misty effect.