Keeping your photos safe through backups

Backing up your photos and other important files is a task that should not be overlooked. Hard drives will fail, it's just a question of when. To safeguard your precious photos of family, vacations, and everything else, it's essential to make sure you keep a backup copy of them.

There are a variety of different methods you can use to make a backup. In this article we look at a few of the popular methods and their relative advantages and disadvantages.

External hard drives allow you to plug the drive into your computer and then perform a backup to the drive. You can then disconnect the drive once the backup has finished and store it in a safe place.

For extra security you can use two backup drives, and keep one at a different location e.g. work or a friend's / relative's house. Perform regular backups to the backup drive you keep at home, then every so often swap the backup drives round. This ensures that even if your house is burnt down, you still have a backup of your precious memories somewhere else.

CDs and DVDs for backup

CDs and DVDs can be used for backup, and blank discs are available quite cheaply. If you take a lot of photos you may find that you quickly produce a pile of backup CDs/DVDs when using this method though. For heavy shooters, a large external hard drive would probably be a better backup method.

Particularly when backing up with CDs/DVDs, it is important to check older backups to make sure they are still working okay. Although CDs/DVDs can last a long time, they do degrade over time and occaisonally data can be lost. Try going through some of them and check the photos open properly every once in a while.

As with hard drive backups, it can often be a good idea to make 2 backups of everything, and store one copy off site.

Depending on how many photos you take, whether you shoot RAW or JPEG, and how fast the upload speed of your internet connection is, online backup may be a good solution for your needs.

There are a large of number of different providers offering different amounts of storage for different costs, so we'll only take a quick look at the most popular here. 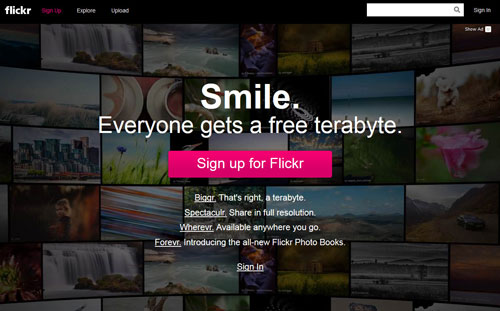 Mozy offers a variety of plans, starting at $5.99 a month for 50GB of online backup storage. Windows Live Skydrive offers 7GB of free online storage, with an extra 50GB available for $25 a year. Both Mozy and Windows Live Skydrive allow you to backup not only JPEG files, but any file type you like, including RAW files.

Amazon Glacier offers one of the cheapest online backup solutions, though it is more suited to professional users. They charge $0.01 per GB stored per month, and you can store any type of file. There are also additional fees for uploading and downloading files, but these are quite reasonable.

While internet connections with fast download speeds are becoming more common, most connections still have relatively slow upload speeds. This means that online backup is probably not suitable for you if you take a lot of photos, especially if you shoot RAW (which gives much larger filesizes than JPEG).

RAID (Redundant Array of Independent Disks) is a term that refers to a system of using multiple hard drives in a single PC. Usually it is used with two or more disks, which appear as one single disk to the computer. Depending on how the RAID is configured, it can be used to automatically mirror any changes made over both the disks.

So, for example you could have two 1TB disks, but on the computer it would appear as one 1TB disk. Whenever you copy a file or make any changes, this would be saved on both of the disks. If one of the disks fails, it doesn't matter as everything is also stored on the other disk.

You can buy PCs already set up like this, or if you are technically minded you can add disks to your PC to set up a RAID array yourself. Sometimes you might also need to purchase a RAID controller card if you are setting it up yourself.

The benefit of mirrored RAID is that you are always automatically backed up. The disadvantage is that you can't move the backup somewhere else, and if your computer is hit by lightning or destroyed in a fire, you would loose both disks and all your data.

Unless you take very few photos or don't mind the costs and storage problems associated with prints, making prints of all your photos isn't a very practical solution. However, it can be a good idea to get your few most treasured photos printed. 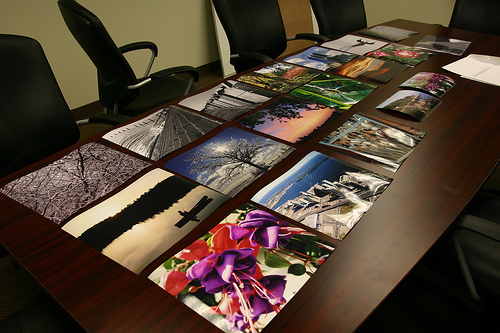 When storing your backups, whatever format they may be, try and store them in a dry place that is not too hot. If stored in a damp or humid location, hard drives can corrode, while pretty much all backup solutions can be attacked by mould and fungus. 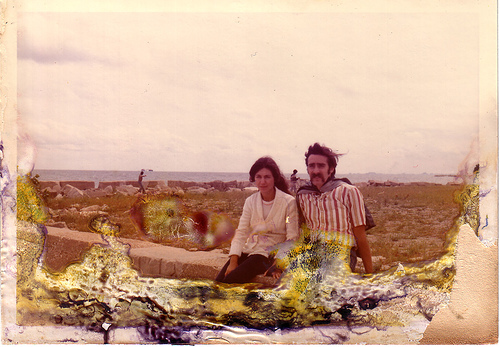 If you live in a humid area you can purchase a humidty controlled cabinet to store your backups (and other sensitive equipment) in. Keeping the items stored in sealed bags with small silica gel packets is a cheaper alternative.

For archival prints, you should also try to keep them out of the sunlight. While archival inks may hold up better to sunlight than standard inks, they will still be less likely to fade if kept out of direct sunlight.

An Uninterruptible power supply (UPS for short) is not a backup solution, but it can help protect your computer from power cuts and power surges. Sudden cuts in power or a surge could damage your computer's hard drive, so a UPS can prevent this.

If you live in an area where power cuts or surges are common, it might be worthwhile investing in a UPS.

You don't have to choose one specific backup method, you can mix and match. For example, you could backup your JPEG files using an online backup / storage service, but backup your larger RAW files on DVD or to an external hard drive.

What is important though is that you get your photos backed up. Don't put it off, but make sure you have a backup before it is too late.

Once you have a backup system set up, make sure that you remember to take a backup regularly. Either once a day or whenever you copy some new photos to the PC is a good time.

It may cost a bit to get a backup setup initially, but when you think of the time you have put into your photos, and the memories those photos hold for you, the cost compared to loosing those photos is insignificant.