While film photography and digital photography do have a few differences, of course they share a great deal in common. Composition, light, camera settings, and (in many cases) even the way the way the camera is operated are the same whether you're shooting film or digital.

However, there are some things that are not strictly restricted to film photographers, but film shooters tend to think about or deal with much more than digital users. In this article I want to look at ten of these points, and how thinking about / considering these things can improve your digital photography. 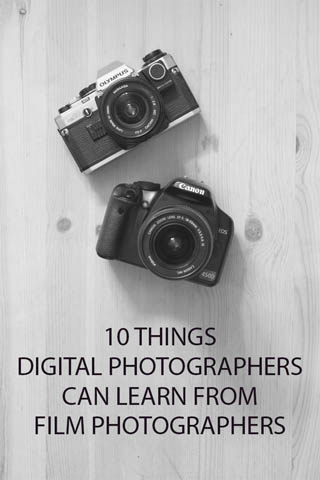 Sharpness isn't the No. 1 priority

Reading many photography equipment review sites and forums you could easily be forgiven for thinking that the sharpness of an image is all important. I've written about this before, but sharpness is rarely (never?) the most important aspect of an image. 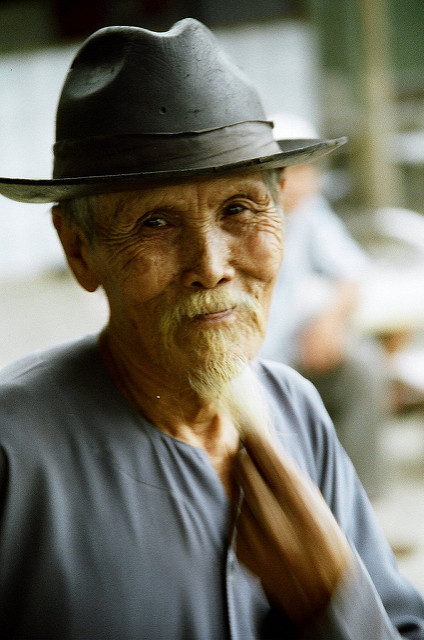 Film just isn't capable of the same sharpness as a digital sensor (yes, I'm sure some will debate that). And some old film lenses (particularly early zoom lenses) weren't particularly sharp. But photographers still managed to get superb images. 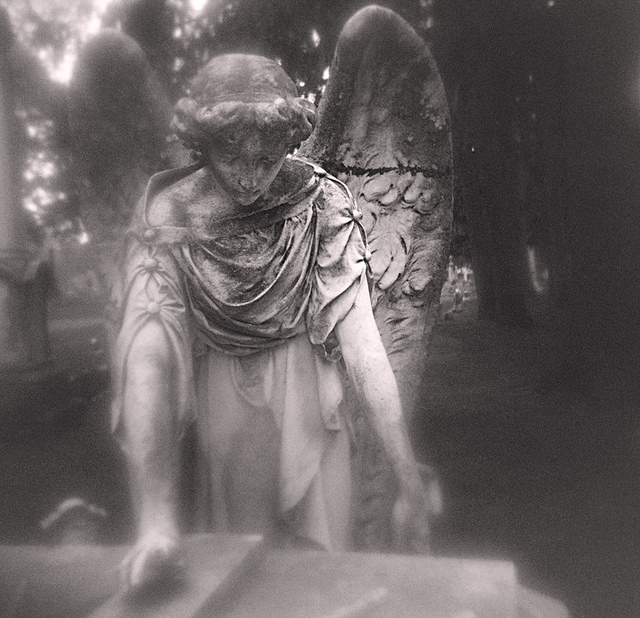 In a similar vein to sharpness, the levels of image noise at high ISO settings often seem to be rigorously debated whenever a new digital camera is released. Yet the noise levels of even digital cameras from a few years ago far surpass the grainy results of equivalent speed film. 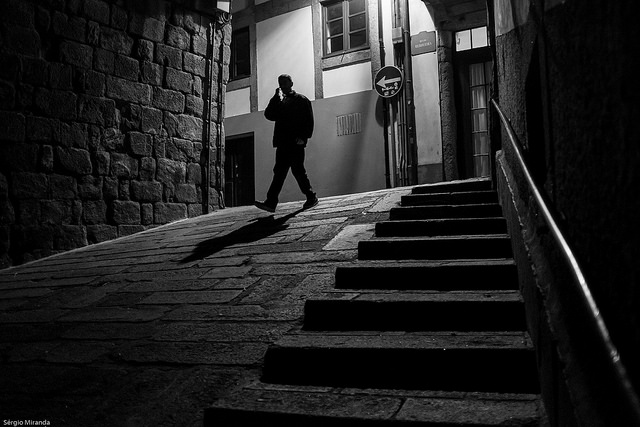 The graininess of Tri-X film would be considered totally unacceptable for a modern digital camera at ISO 400. Yet there are plenty of great images shot with 'noisy' film, and continue to be great images shot and developed even with pushed high ISO film. 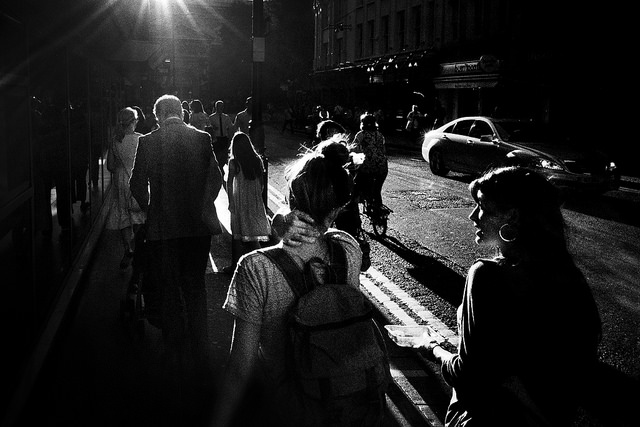 So don't use your camera's high ISO noise performance as an excuse. If you want to shoot in dark conditions, just bump up the ISO. The image will get more grainy, sure, but so long as the lighting and composition are good, it doesn't really matter much. For black and white 'gritty' photos, noise can even add a positive aspect to the image.

Problems and mistakes aren't all bad

Light leaks, expired film, wrongly processed film, double exposures and flare - all problems exclusive or much more common for film photographers than digital. And yet shots exhibiting these problems can actually make great photos when the problem is used for artistic effect. 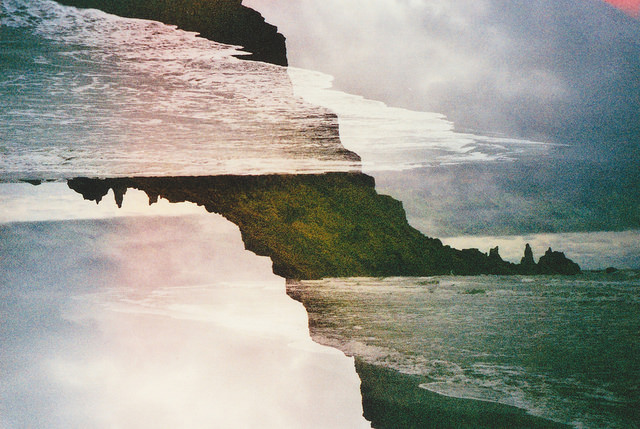 Don't be afraid to take the quirks and weaknesses of your equipment and turn them into strengths.

Film photographers only have a limited number of shots they can fit on a roll of film. And each film costs money, both for the film itself, but also the development. Every shot a film photographer takes has a real monetary cost to them. 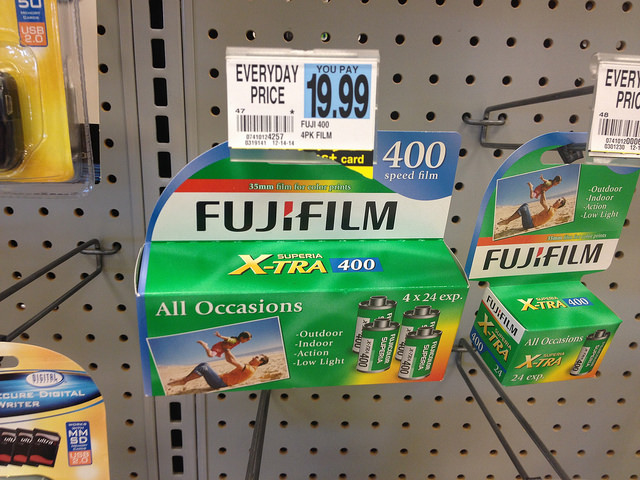 Whereas with digital you can take as many photos as you like with no cost at all. While this is generally a very good thing, it can lead to a devaluation of your photography, where you don't pay as much attention to getting the shot right as you otherwise would do.

Take your time with your photography - try and make sure your framing and composition are as good as possible before you take the shot. (Of course, it's not always possible to take your time as some shots only exist for a moment). 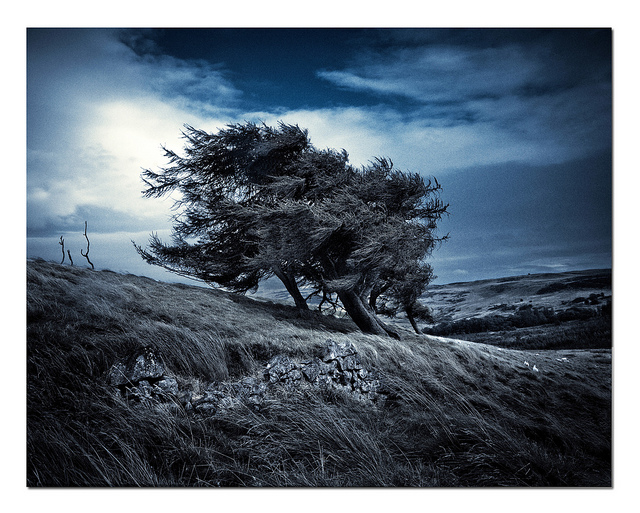 Be disciplined and think before you press the shutter - is this actually a shot that is worth a click? Or could it be improved in any way? Thinking like this will help you take better photos rather than just taking a few quick snaps then moving on.

Don't be afraid to experiment

One of the big factors that separated good film photographers from the general population was that the good photographers shot a lot more. They might get through a roll or two of film a day, while your average person might shoot a roll a month, if that.

The best film photographers weren't afraid to experiment, despite the cost of film. They would try different techniques - shooting, lighting, processing, and printing. Not everything would work well, but it helped them learn what did work well and what didn't, allowing them to take better photos. 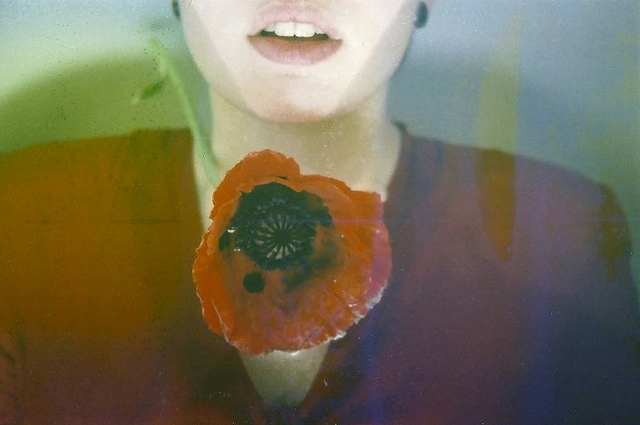 This may seem at odds with the previous point about valuing your shots. However there's a big difference between carefully and purposefully taking photos you're not sure (but hope) will be good, and just taking shots without any care because it doesn't cost anything. 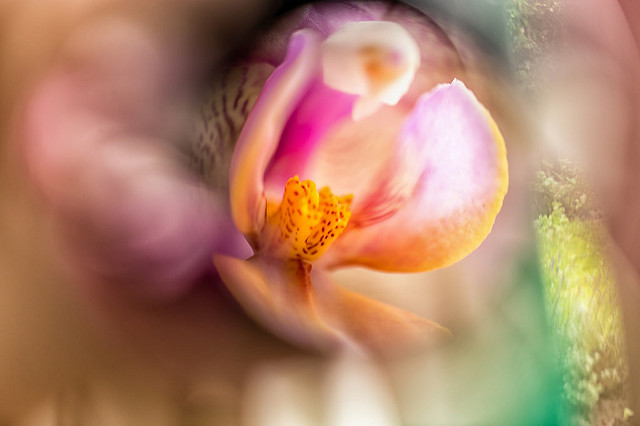 Experiment with your photography. You don't have to try crazy techniques, just try different things. Both with your camera, lighting, subjects, and post processing. Find what works well for you.

Manual is not impossible

Until the late 80s / early 90s the vast majority of cameras and lenses sold were manual focus only. Auto exposure cameras date further back, being made widely available in the 1960s. But before then most photographers had to deal with both manual exposure and manual focusing. 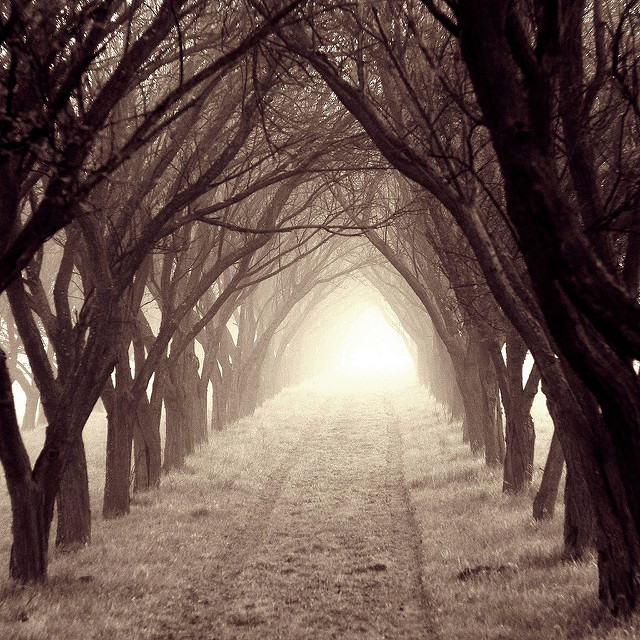 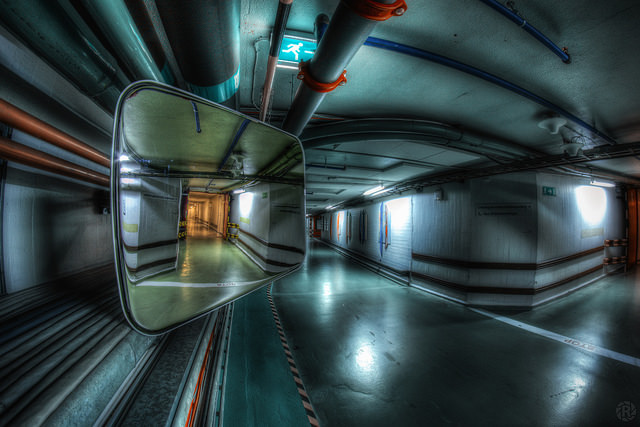 You can also find some specialty lenses that are manual focus only, such as tilt-shift lenses, lensbaby, and petzval lenses. And there are thousands of old manual lenses designed for film cameras, many of which are relatively cheap on the second hand market.

In terms of auto-exposure, you're not going to find any cheap manual only digital cameras. However, you shouldn't be afraid of learning how to use manual exposure mode on your camera. It's not something you need to use all the time. But it does give you more control over how the image will look. So it's worth understanding, just as film photographers do.

Film photographers had to know their equipment for great results. They had to understand how to adjust the exposure, how to set the aperture, how to wind the film on, etc. Whereas digital cameras tend to be much easier to just point and shoot. 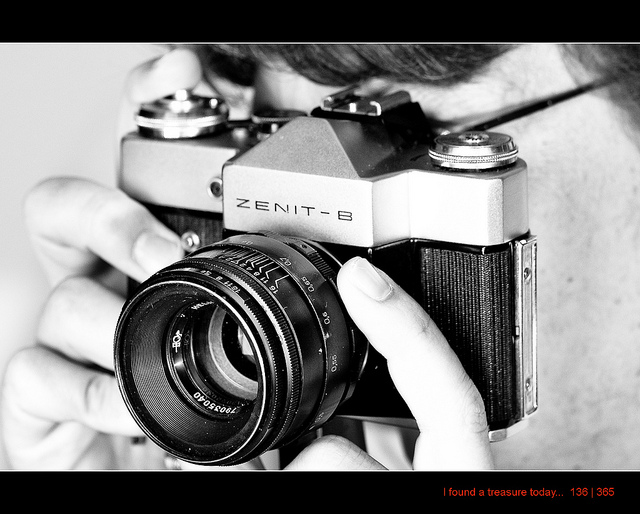 Knowing your gear allows you to change the settings quickly and easily to get the result you want. Want a portrait with a blurry background? You need to know what lens to choose, what aperture setting to use (and how to set the aperture), how to adjust the focus point, and quite possibly how to apply exposure compensation. 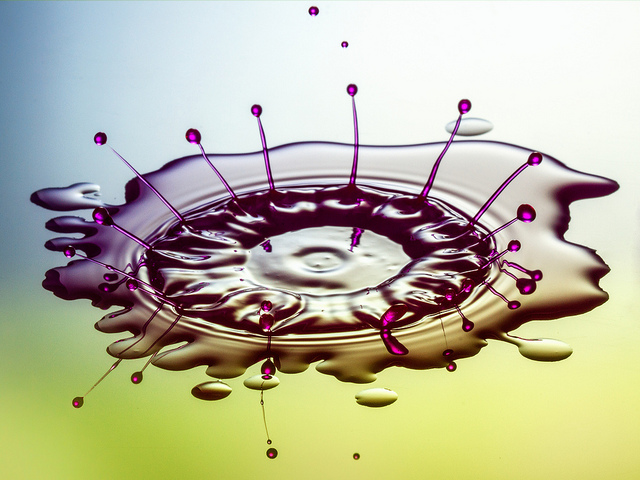 You want to be getting your gear set quickly, not fumbling around in the menus or looking in your bag for the camera manual. Even worse is not getting the result you wanted without knowing what setting it is you've got wrong.

Make sure you know how to use your camera. You don't need to learn the manual off by heart, just ensure you know at least the basics of the different settings, how to change them, and what each setting does.

Photography is a process

One of the most famous film photographers was landscape photographer Ansel Adams. He spent a great deal of time setting up his camera and measuring the light to get the composition and exposure just right. However after he'd taken the photos, he didn't send the film off to Sears to get it developed and printed.

He spent a great deal of time working carefully in his darkroom to refine the image and get the end result he wanted. Shooting film is not just about taking the photos - it's about the whole photographic process from taking the image to displaying it.

Digital is much the same way. Now, you don't have to control the process yourself. If you want you can set your camera to jpeg and standard picture mode, and just share your photos like that. Just as a film photographer could get their film developed and printed at the local drugstore.

But the more you control the process, the more you can ensure your images look their best and convey the message you want them to convey. 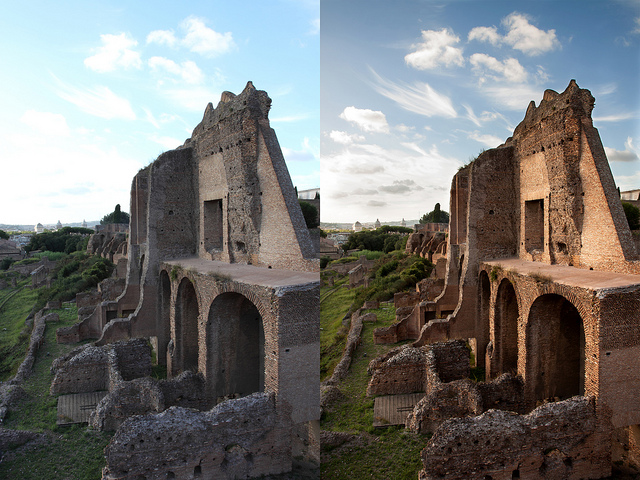 With film photography, you can't (easily) change the film stock you're using part way through a shoot. You have to take a set of images on a single roll, which will all have a similar look and feel to them from the film used.

Similarly, when developing the film, the same developer and process would be used for a whole roll. It wouldn't be changed for each individual frame.

With digital you can change your image style very easily. You can go from high contrast color to a low contrast sepia look just by changing a few settings.

Now, there's nothing wrong with using different settings, however when you present your images together as a set they need look like they belong together. 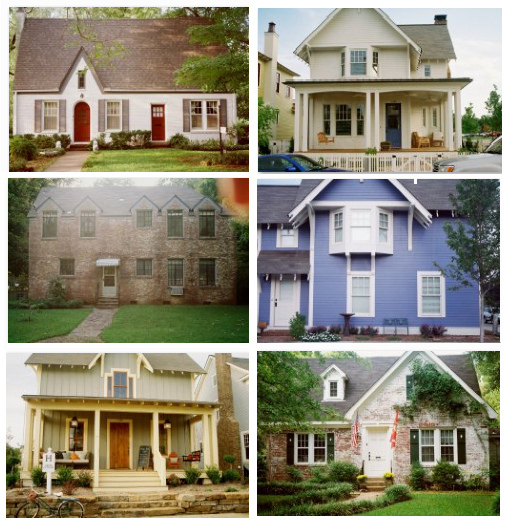 If the images are of radically different subjects or have very different processing styles, they don't form a coherent set of images and look just like a jumble of images. 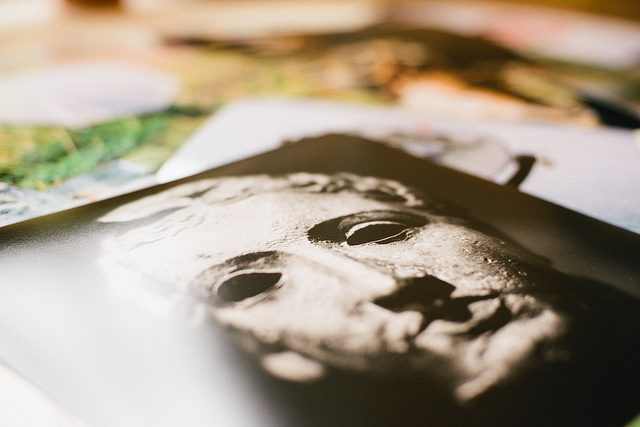 Digital offers a great way of sharing images quickly with a large number of people. But it doesn't mean that printing images no longer has any use. The experience of viewing a good quality print hung on a wall is very different to seeing it on a screen.

Similarly, handing round prints of your photos to family / friends is quite a different experience than watching a slideshow of images on the TV. Prints are more 'real', and the simple fact that you had to pay to get it printed adds more value to the image too. 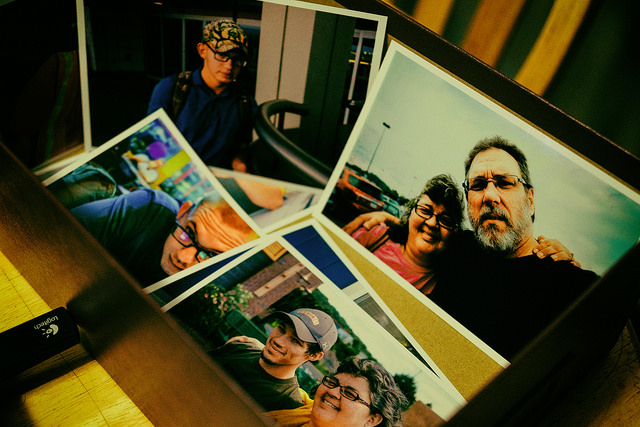 Prints are also great for looking back through years after you've taken them. They don't last forever, but stored in normal conditions they'll likely last a lot longer than your computer's hard drive. They also leave a physical legacy that can't be as easily overlooked as digital files.

To sum up, there's quite a few things digital photographers can learn from film photographers (or maybe even just try to remember from the days when you shot film). To keep the above points in mind you don't need to shoot film, just think like you are. Though if you want to, shooting a roll or two every now and then might help reinforce the points, and be fun.