Fungi don't seem to be as popular a subject as flowers. Maybe it's that they're not so easy to find, or that many of them are quite dull in coloration compared to flowers. Or maybe it's that photographing them often involves getting down in the dirt.

The fact is that fungi do actually make great subjects for photos, and I want to share a few tips on photographing them in this article. 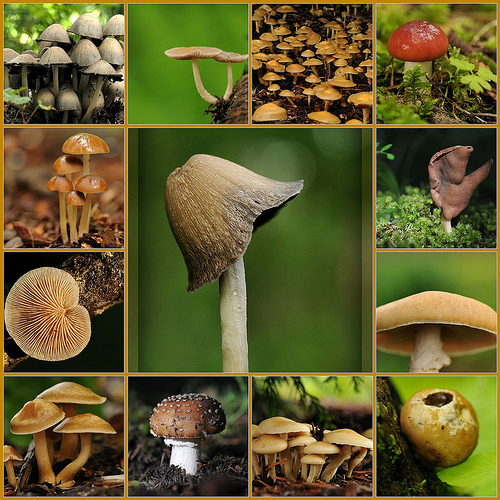 When we talk about fungi, we are often referring to mushrooms, which are actually the fruiting bodies of the fungi. The fungus itself usually grows in the soil, or in rotting wood, etc. If you want to take photos of the actual fungus (Mycelium) you'll probably need a spade to dig it up (and possibly a microscope). As well as mushrooms, there are also bracket fungi that grow on trees and logs, which can make for interesting subjects.

Mushrooms are usually best shot from around ground level, or the same level as the mushroom if they are growing on something above ground level. This helps capture a better view of both the cap and stalk. Shooting from above doesn't really capture the cap's shape (other than it looking round), and you don't get to see much of the stalk either. 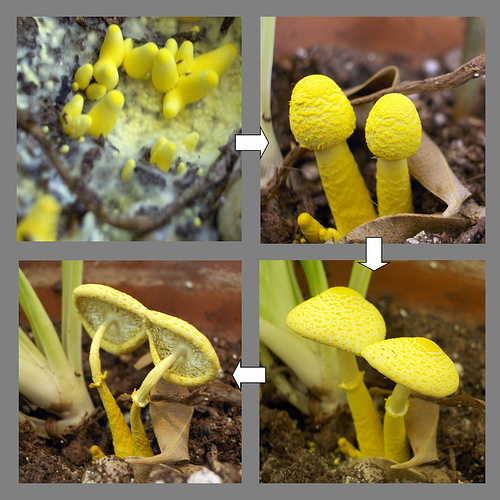 Bracket fungus, on the other hand, can look great when shot from above. It captures the patterns and textures in the top of the fungus. 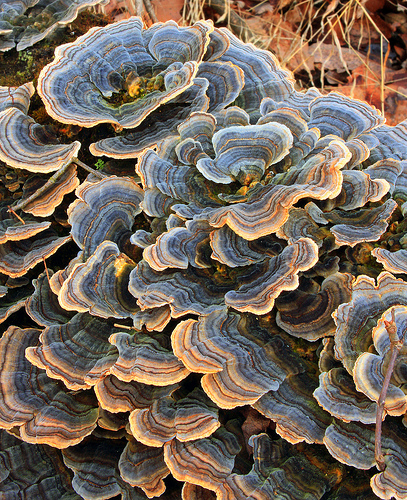 It can often pay to do a little gardening, moving grass or twigs out of the way that are otherwise blocking part of the fungi from view, or causing a distraction in the background. Sometimes the cap of a mushroom might be a bit dirty, you can use a soft brush to clean it off.

On the odd occasion that you can get a shot looking up at the gills of a mushroom, this can make for a nice abstract photo. Just get in close so that the bottom of the mushroom fills most of the frame. You can always try this sort of shot with bought mushrooms for cooking. 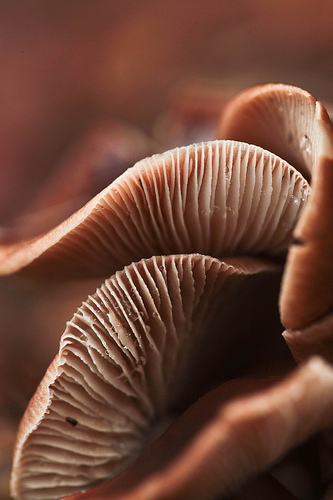 If you want to capture the gills of a mushroom growing naturally, it is unlikely the mushroom will be tall enough for you to fit your camera underneath it. Instead, try putting a small mirror underneath the mushroom, then photograph the reflection in the mirror.

If you want to demonstrate the size of a mushroom in your photo, it is best not to use a man-made object such as a coin. If you're looking for a scientific image, you could use a ruler, but for an image that is attractive artistically, use a natural object for the size comparison.

For example, most people know how large an acorn is. So adding an acorn into the scene would give a natural looking photo that also demonstrates the size of the mushroom.

When to find and photograph fungi

Mushrooms can be found all year round, but they are most abundant in the autumn, after a damp period. You are also more likely to find mushrooms and bracket fungi in damp areas, such as woodland. Look especially for rotting wood, which often has some form on fungus growing on it. 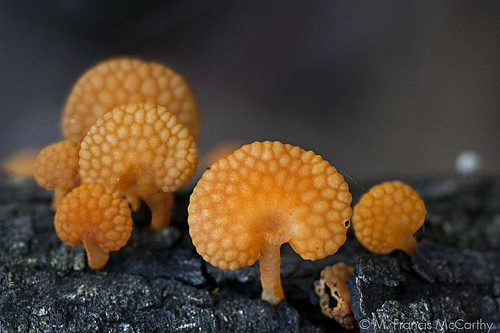 Just like flowers, early in the morning is the best time to photograph mushrooms. They are more likely to be fresh and undamaged by foraging animals. Some mushrooms take only a few hours from emerging fully to dispersing spores and starting to die.

Fungi are usually best lit with natural light. The caps of many mushrooms can be quite reflective, and have an unnatural look when photographed with flash. Of course, this does depend partly on the size of the mushroom. For smaller subjects with a diffused flash, there may not be any problem. 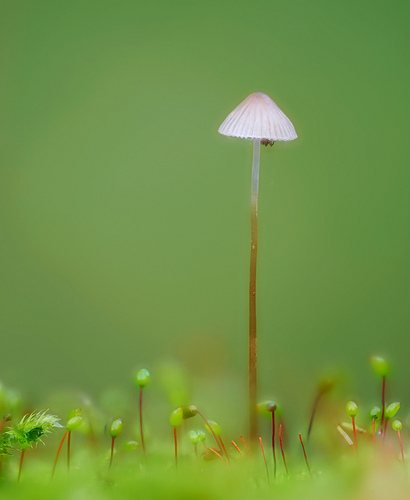 Because fungi are usually found in shaded areas, the shutter speed needed for a good exposure can be very low. A tripod or some other form of support, such as beanbag is pretty much essential. Use a remote shutter release or your camera's self timer to avoid camera shake when pressing the shutter button.

If you would like more tips on photographing fungi, there is a good article written by the appropriately named "Fungi John": A (non technical) Guide to Fungi & Photographing Fungi. There is also a book by George McCarthy, "Photographing Fungi in the Field": 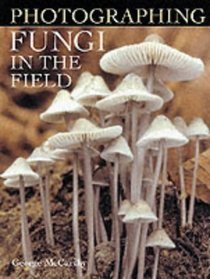 Give fungi photography a go this autumn!

Product photography on the cheap with only one light pt. 2 – Compositing the images Why do some photographers use black tape on their cameras?