In recent years, as technology has improved, more cameras are being released with Electronic Viewfinders (EVFs). In this article we'll look at the differences between EVFs and the traditional optical viewfinder, and the benefits and disadvantages of EVFs.

What are EVFs and OVFs?

With an EVF the light comes through the lens, hits the camera's sensor, then this sends the image / video to the EVF. 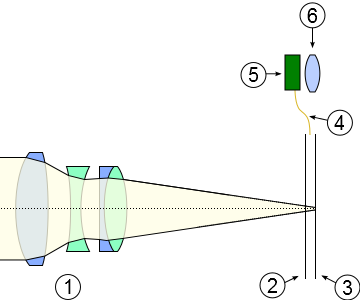 An Optical viewfinder is usually used in SLR cameras. It is a glass prism that allows you to see the view through the lens. The light comes through the lens, hits a mirror, then bounces up into the viewfinder prism, where it is bounced towards your eye. 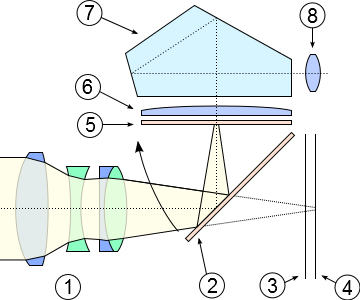 This article will mainly focus on the differences between through the lens (TTL) optical viewfinders and electronic viewfinders, as these are what the large majority of cameras use.

The crop is so slight that the vast majority of the time you shouldn't notice it. But it does mean that you could end up including something at the very edge of the frame (e.g. end of a tree branch) that doesn't show up in the cropped viewfinder image.

With Electronic Viewfinders though, they show what the camera sensor sees, and so give a 100% accurate view of what will be captured.

Brightness between EVFs and optical viewfinders is not an easy thing to compare, because it can vary greatly between models. The brightness is important because it allows you to see the image through the viewfinder much more clearly.

The latest EVFs can display a brighter image than some cameras that have optical viewfinders. Generally, full frame DSLRs with pentaprism viewfinders will still give the best image though.

What you see is what you get with an electronic viewfinder. Exposure, depth of field etc. can be automatically shown in the viewfinder image. With an optical viewfinder, you can't be sure how the image will turn out until you have taken the photo and can review it on the rear LCD. 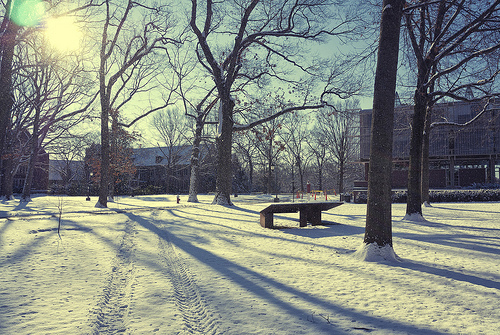 Using an optical viewfinder, you might take a photo, then find out it's too dark when you review it on the LCD. You'd then have to adjust the exposure compensation, take another photo, and check the LCD again to make sure you dialed in the right amount of exposure compensation needed.

With an EVF though, you can see the image is too dark in the viewfinder, so you just adjust the exposure compensation until the image looks good, then take the photo. Much quicker and easier.

The above statement about WYSIWYG is not totally true - the dynamic range of EVFs can show blocked up blacks or blown out highlights when the photo will actually record okay. This is because the dynamic range (range of tones from bright to dark) that the EVF can display is not as good as what the image sensor can capture.

On the other hand, an optical viewfinder has no dynamic range limitations. Our eye has a much larger dynamic range than a camera sensor, so while the image through the viewfinder might appear fine, we could end up with an image with blocked up blacks and / or blown highlights.

The lack of dynamic range on EVFs can (in rare cases) be a problem when visualizing the image compared to using an optical viewfinder. See this article on the luminous landscape website: Sony NEX-7 Six Months On (scroll down to the section titled EVF) for an example.

The refresh rate of the viewfinder can also drop as more time is required for the sensor to collect enough light before it sends the frame to the viewfinder. If you are trying to shoot anything moving in a poorly lit location, this could prove quite an annoyance.

Optical viewfinders don't suffer from either of the above problems, but they can't boost the brightness of the image delivered like an EVF can either. It is probably fair to say that optical viewfinders are currently better than EVFs for low light work, but as technology improves the situation may be reversed in the not too distant future.

Optical viewfinders (used in SLR cameras) require a pentamirror or pentaprism, which is reasonably large (this is what creates the 'viewfinder hump' on SLRs). EVFs meanwhile still need space for their electronics, but not as much as space as an optical viewfinder. 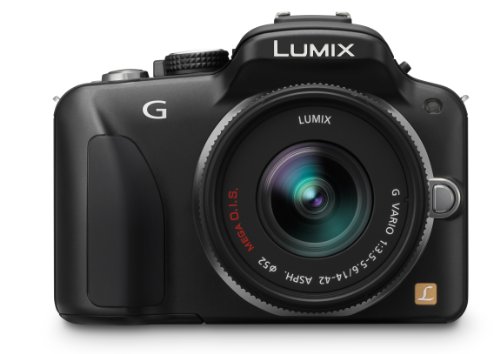 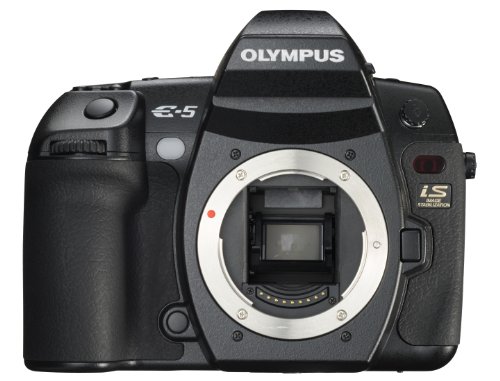 Both the Panasonic G3 and Olympus E-5 feature the same size sensor. The G3 uses an EVF, while the E-5 uses an optical viewfinder, which gives it a larger viewfinder hump.

The fact that EVFs don't require a mirror, also means that they allow for smaller mirrorless cameras, such as the Samsung NX, Sony NEX, and Micro 4/3 series of cameras.

Some cameras come with EVFs built in, but other models allow you to purchase an EVF as an accessory. This allows you to have a smaller body with no viewfinder (use the LCD screen on the back), or you can add the EVF when you need it. 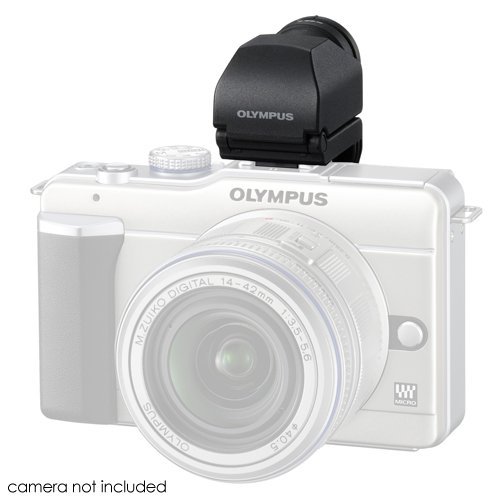 In theory, this should also mean that you can buy an accessory EVF once, and then continue using it on your next camera when you upgrade. Similarly, you should be able to upgrade to a new accessory EVF, and use it on your current camera.

Through the lens optical viewfinders are not generally interchangeable. However, you can purchase accessory optical viewfinders. Like accessory EVFs, these will normally be mounted in the camera's hot-shoe. Similar to a rangefinder viewfinder, these often show frame lines to indicate a focal length and let you view what is going on outside of the frame. 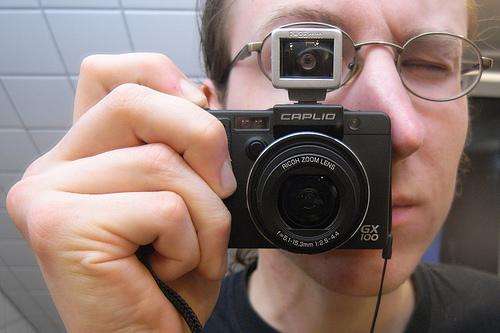 But accessory optical viewfinders are not linked to the lens, so don't show focus, nor can you preview depth of field. They are also subject to parallax error if you are photographing something near the camera.

Optical viewfinders often have a few overlays, for example to show the autofocus points and grid lines to help composing. At the bottom of the viewfinder they can display useful information regarding the exposure settings, battery life etc.

However, an EVF can display a much larger amount of information. Things like the histogram so you can achieve the optimum exposure. Focus peaking to aid with manual focusing. And all the standard shooting information as well. With EVFs you can toggle through various display modes, so that you can have an uncluttered view, or the information displayed that you want.

EVFs can also allow zooming into a section of an image so that you can achieve critical focus. This is not something you can do with an optical viewfinder.

The big plus point in favor of EVFs is that they show what the image will look like when captured, making it easy to see when exposure adjustments are needed. If you read the user reviews of Sony's SLT cameras on Amazon, you can see many found this useful.

But having said that, there are still many who prefer the optical viewfinder of a DSLR.

Really, the choice about whether to use an optical or electronic viewfinder will come down to the camera you want to buy. There are not many cameras that offer the option of an EVF or an Optical Viewfinder, only those that accept accessory viewfinders. So you really need to consider the benefits and disadvantages of the viewfinder type along with all the other characteristics of the camera.