Using off-camera flashguns (often called speedlights or speedlites) can get you some great dynamic lighting that would be difficult to create any other way. 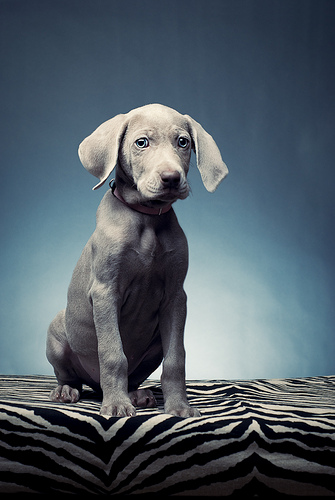 There are a number of different ways that you can get your camera to trigger the flashes when you press the shutter. Some are basic and cheap, while others are more advanced and expensive. Let's look at the different options, their benefits and disadvantages:

A TTL sync cord allows your camera to communicate with the flash unit, automatically setting it to the correct output. (For a brief background on TTL flash see What is TTL Flash?). Normally they will also allow you to change the flash settings from the camera. So you can stay at the camera without having to walk over to where the flash is to adjust the power. 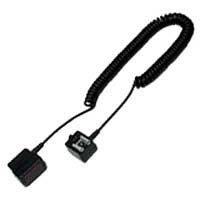 The main problem with TTL sync cords is that the cord can get in the way, and you can't position the flash very far away from the camera. Doing something like placing the flash behind your subject while keeping the cord out of the photo would be quite difficult.

A PC sync cord is a 'dumb' cord that will just trigger your flash. It will not communicate any exposure information to the flash. So you will need to use the flash in manual mode (or rely on the flash's built in meter if it has one). 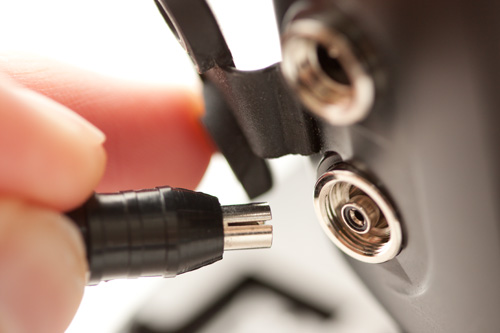 If you want to change the flash settings, you'll have to do this on the flash unit itself. The good things about PC sync cords is that they are quite cheap, and you can get them in much longer lengths than TTL sync cords.

If your camera does not have a PC sync socket (sometimes called a flash sync terminal), you can buy a small adapter that fits in the camera's hotshoe.

Many modern speed lights have built-in optical slaves. What this means is that when the flash detects a burst of flash (either from your camera or another flash), then it will automatically fire. 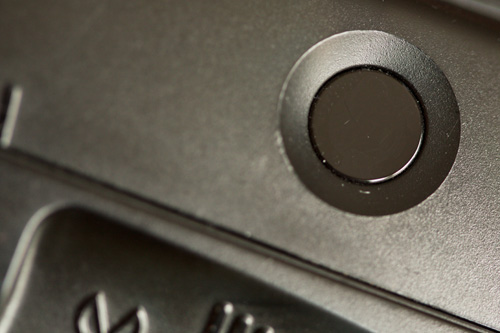 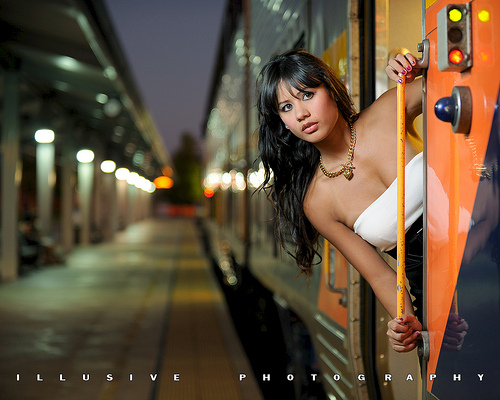 It works by having a commander unit that sends the infrared signal to the other flashes. The commander can be a special flash unit, or many camera models allow you to use the pop-up flash as a commander.

Most wireless flash systems allow you to split your flashes into two or three groups, A, B, and C. On the off camera flash(es) you would choose which wireless group they should be in. From the camera or camera mounted flash, you can then change the flash settings for each group, and also the commander / master flash. 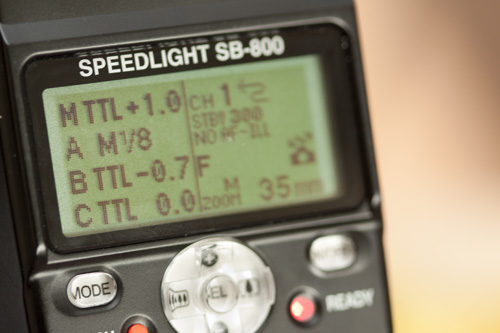 As well as this, the flashes will all work in TTL mode. So the output of each flash can be automatically set by the camera. (You can, of course, apply flash exposure compensation to each flash group as well if you want).

Wireless TTL flash using infrared may sound like a panacea, but sadly there are some problems. First is the cost, you will need to purchase speed lights that are compatible with your camera's wireless flash system. These tend to be only produced by the specific camera manufacturer, and some lower-end speed lights they produce may not be compatible. So it can add up to quite a cost for a few flashes. 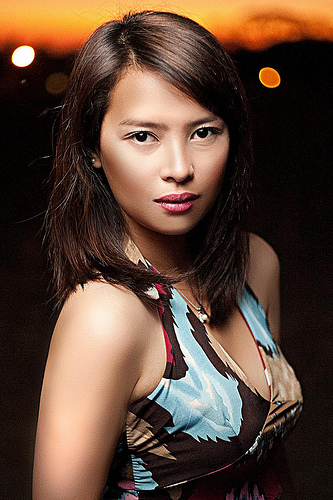 If your camera does not feature a flash commander mode, it would also mean shelling out for a commander unit (e.g. Nikon's SU-800 or Canon's ST-E2 Speedlite Transmitter).

Another problem is that the speed lights must be placed relatively near the commander unit to be able to receive the infrared signal. If you want to place an off camera flash hidden behind a wall or door, you could have problems as the infrared signal will not be able to reach it. They can also have problems receiving the signals in bright sunlight.

This is where you have to enter the flash settings on the flash itself. Then when the flash detects a burst of light from another flash, it will fire itself. 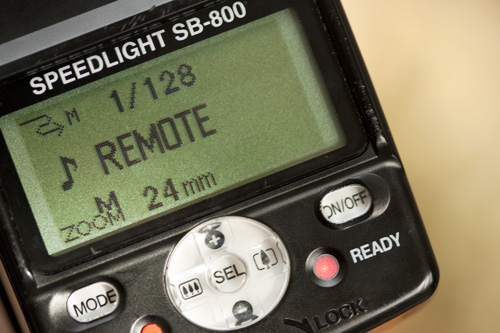 Flashes with a built-in dumb optical slave can be much cheaper than those that work with an infrared based wireless flash system. Because no special signals are involved, just a burst of light, you can mix and match flash units from different manufacturers with no problem.

It still has the same line of sight problem as the more advanced wireless flash systems though.

This works the same way as the internal dumb optical slave. You can purchase an external optical slave trigger, and then attach it to your flash (usually via the hotshoe). When the trigger receives a flash of light, it will trigger the flash it is connected to.

Radio triggers work by sending the flash trigger signal wirelessly using radio waves. This means they can work over long distances, and also don't require line of sight. Radio waves can travel through solid objects, so no problem if you want to trigger a flash that is hidden behind something. 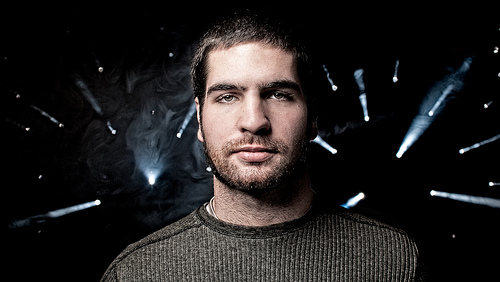 They work by using a transmitter unit that sits in your camera's hot-shoe, and a receiver (or transceiver) unit that connects to the external flash unit (either via the hot-shoe or a PC cord). When the camera fires the flash (the transmitter unit - it doesn't actually emit any flash itself), the transmitter sends a radio signal to the receiver(s), which then fire the flash they are connected to.

Until quite recently, it was the case that radio triggers were always 'dumb'. That is, they didn't communicate any information from the camera, other than to fire the flash. So you would have to manually set each flash to the settings you wanted.

TTL radio triggers are relatively new on the market, examples are the Radio Popper system and the ControlTL system from PocketWizard. These work the same way as the dumb radio triggers, except they also send the TTL information wirelessly. So you can use TTL flash, where the camera automatically sets the power of each flash for you based on its metering of the scene.

It also means that you can adjust the power of each flash from the camera. Essentially, it is the same as the Wireless flash and Creative Lighting Systems, except it uses radio signals instead of infrared light for communication. 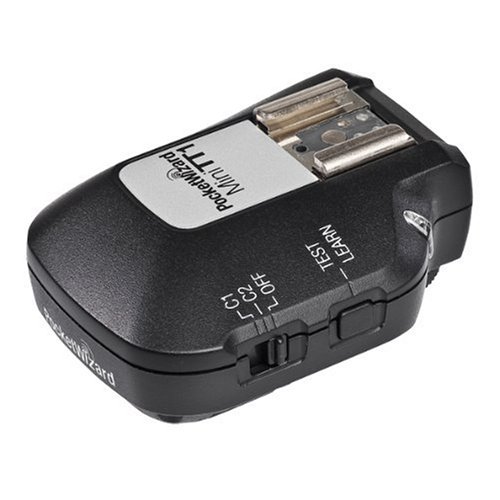 It adds an additional cost on top of the optical wireless flash systems, but for some it may be worth the cost. It allows you to use TTL flash, adjust flash settings from the camera, is reliable in all light, and will work round corners or with solid objects between the camera and the flash.

If you are interested in using flash in your photography, the above should give you a good overview of the different ways you can trigger an off-camera flash. For advice on how to use off camera flash to take great photos, the strobist blog is a great resource.