It works through using scaled objects and manipulating depth cues. There are a lot of different subjects you can use for forced perspective photography, here are some examples: 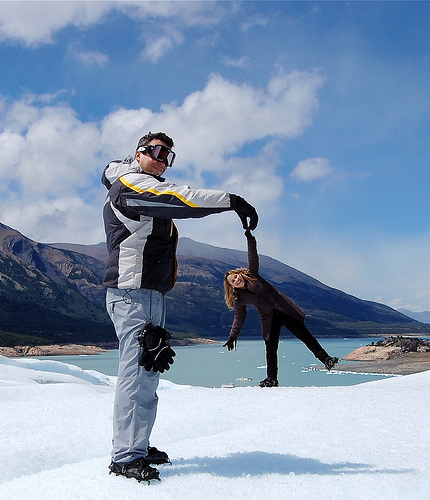 You can create someone picking up a small person through having one subject stand further away from the camera. There must be no depth cues that the 'small' person is standing further away, so a flat piece of land works well for this.

This technique has been used in films many times, for example it was used in the Lord of The Rings films for making Hobbits appear small.

Use a small aperture for a large depth of field so that both people appear to be in the same plane of focus. 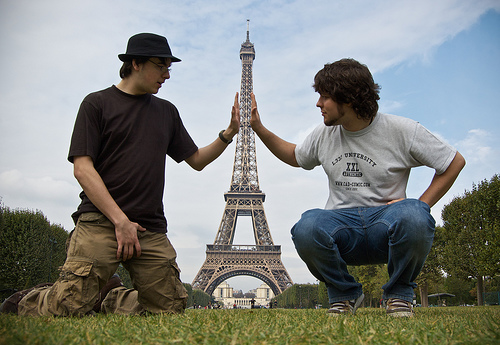 A common tourist photo from the Leaning Tower of Pisa or the Eiffel Tower is someone interacting with the building in a forced perspective photo. It can appear that they are holding the tower up, squashing it, or picking it up.

It can be hard for the subject to get their hand(s) or feet in the right place for the photo to work, so you might need a few tries. You can see in the above the camera was placed at a very low angle to remove depth cues between the subjects and the tower. 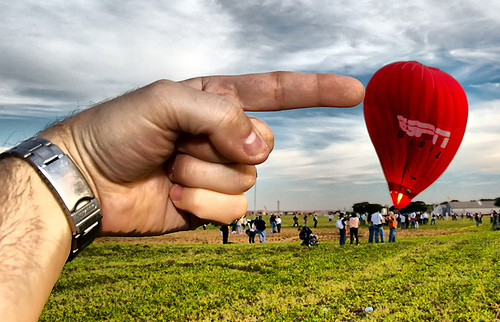 This technique is used to make it look like the photographer is interacting with the background. Sometimes it involves just the photographer's hand pushing or prodding something in the image, other times a prop may be used as well.

If the hand comes down from the top of the photo, then it can give the appearance of 'the hand of god' coming down from the sky and interacting with the world.

Using the sun or moon as balls of light 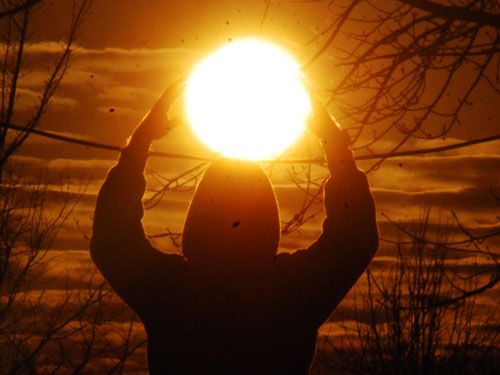 On a clear evening, when the sun or moon are low in the sky, you can take some fun photos by having someone interact with it. Common examples are using the sun as a football, or grabbing the moon. With a piece of wire you can also pretend the sun or moon is a floating balloon.

To get the sun / moon at a reasonable size compared to your subject, you will probably need your subject to stand quite far away, and then use a telephoto lens (long focal length) to capture the photo. This compresses the perspective, making the background appear larger relative to the subject than it would taken closer up with a wide-angle lens.

Another forced perspective trick is playing with clouds. This is dependent quite a bit on what sort of clouds are in the sky, and how many. A clear blue sky with one fluffy cloud could be used with an empty ice cream cone to create an ice cream.

A longer, more wispy cloud, could be used with a stick to create white candy floss. Or you could have someone blowing clouds like smoke.

Spitting it out or eating it 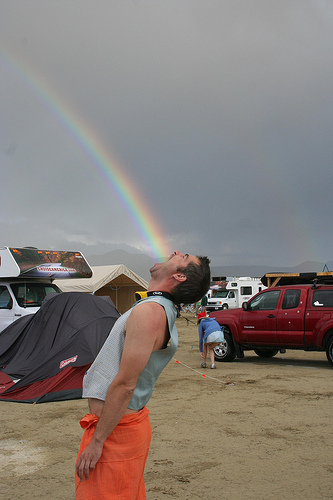 This trick works by having your subject obscure the source of something, whether that be a rainbow, a large stream of water, or something else. With the right perspective and the subject's mouth open, it looks like the rainbow is either emanating from their mouth, or being eaten by them.

Fire, smoke, and anything has has a relatively small source you can place your subject in front of work well for this trick. 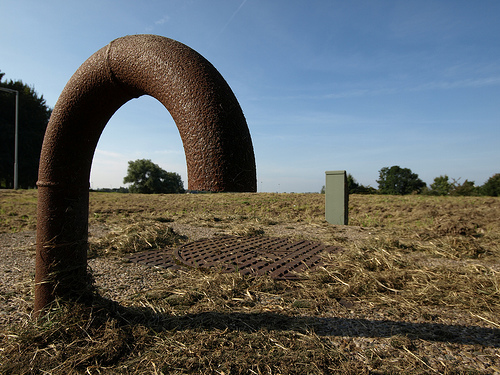 By carefully considering the composition of a photo, you may be able to place objects that are clearly in the foreground so they also appear to come from the background. This creates an illusion, making use of perceptual multistability, similar to the works of M. C. Escher. Look at the horizon and the pipe appears to come from below the horizon in the distance, look closer, and it appears to be in the foreground (as it really is).

These photographic tricks involving forced perspective can be fun, and will get people wondering "How did they do that?" The clever thing about forced perspective is that no Photoshop trickery is involved, it's just about positioning your camera and the subject correctly to give the intended effect.