In recent years there have been some advancements in technology that allow for brighter, cheaper LEDs. This has allowed for LED Light panels - a large number of bright LEDs grouped together like a single light. 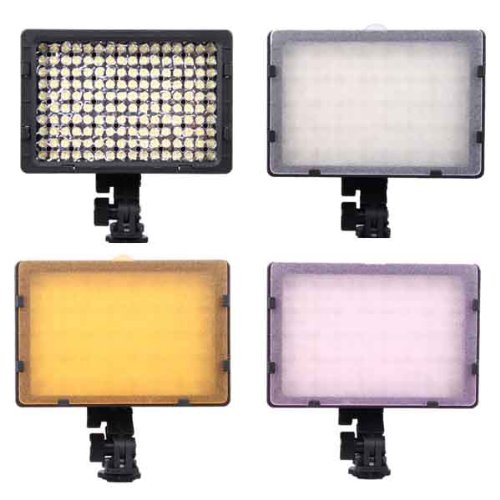 The continuous light output by these panels makes them most suitable for video work. However, some also advocate their use for still photography. In this article I'll compare the benefits and disadvantages of LED Light panels against hot shoe speedlights (flash).

Not tied to the camera

An LED panel is always on, and so does not rely on a receiving a trigger from the camera to fire it. This means you can place an LED panel anywhere you want. Want to place the light behind your model as a backlight? No problem.

With a flash, it needs to be connected to the camera somehow to receive the trigger to fire. This can be via a wire, or wirelessly via an optical or radio trigger. But it does require purchasing the wire or wireless trigger, and is arguably not as convenient as an LED panel.

If your camera does not have a hot-shoe, or any way to trigger an external flash, then an LED panel is a good choice. It will allow you to add light to a scene and control the direction of that light.

Probably the main benefit of LED panels is that you can see the effect the light is having on the scene without having to take a test shot. This makes it easy to adjust the lights to get the level of lighting just right and the shadows exactly where you want them.

With flash you need to take a test shot to fire the flash(es). Then review the image and adjust the speedlight(s) as necessary. Take another test shot and repeat until the lighting is right.

Although this is a definite advantage of LED light panels over flash, how advantageous it is for you really depends on how you use your flash. If you find you're constantly adjusting the positioning of your flash(es), then an LED Light panel could be quite useful.

Some people also use small LED light panels as modeling lights for their flashes. This way the LED light panels show how the shadows will fall and which parts of the scene will be the brightest when setting up the shot. Then when taking the photo the flash fires and provides the real light power for the shot. 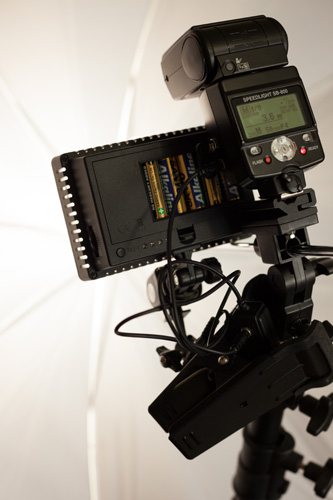 Although an LED light panel on full power may appear very bright to our eyes, it is very dim compared to the sudden burst of light from a flash.

If you had an LED panel that constantly put out the amount of light that a flash puts out in it's quick burst, you'd probably blind anyone that looked at it. Instead, a photo taken with an LED light panel requires a much longer exposure time compared to a flash.

Here is an example of the light output of a 160 LED panel against a standard speedlight flash. The LED panel was on full power, while the flash was set to it's lowest power (1/128). 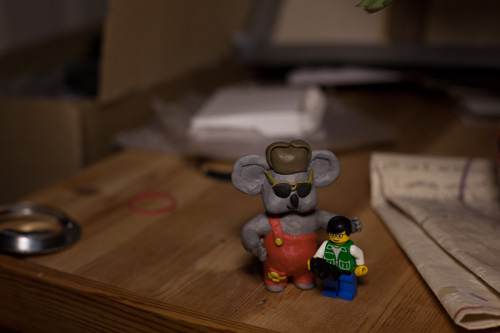 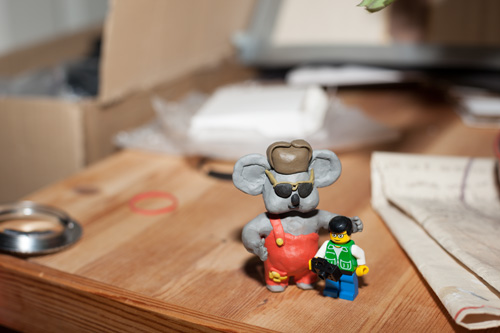 At 1/160s exposure the image taken using the LED panel is badly underexposed compared to the flash. And this is with the LED panel on full power and the flash on minimum power! 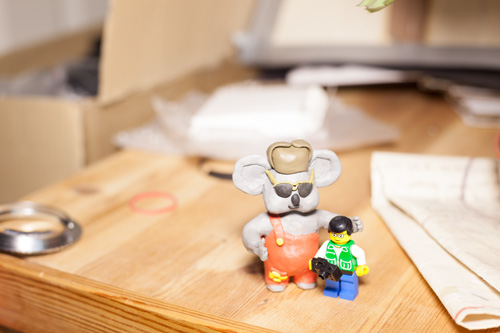 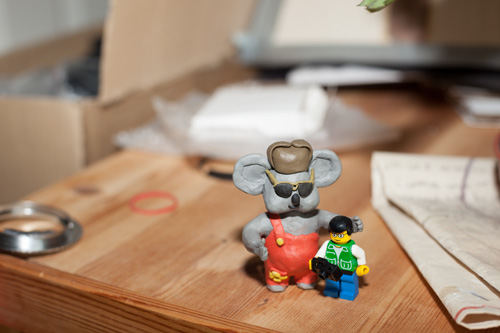 If we reduce the exposure time to 1/20s, the camera sensor has much more time to absorb more of the light output by the LED panel, resulting in a much brighter image. The flash still outputs the same amount of light in the same very short burst. The ambient light level was quite low for these photos, and so the flash photo looks almost the same at 1/20s as it did at 1/160s.

This is because the LED Light panel has a much larger surface area that the light is output over. The LED light panel was also using a diffusion panel in front of the LEDs rather than bare LEDs.

You can easily get a more diffused light from a speedlight flash by using a diffuser of some sort. This does mean one more thing to pack, carry, and set up though.

The 160 LED light panel I used for the test above is relatively small as far as light panels go. Generally larger panels are used for shoots where the shot is set up or in a studio. Larger panels may have 500 to 1000 LEDs, giving approximately 1½ stops to 2½ stops more light than a small 160 LED panel.

However, as you can see below, even a small 160 LED panel is larger than a speedlight flash. 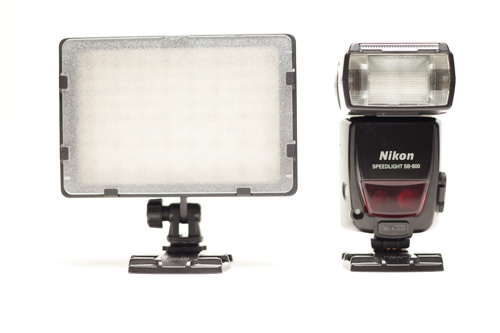 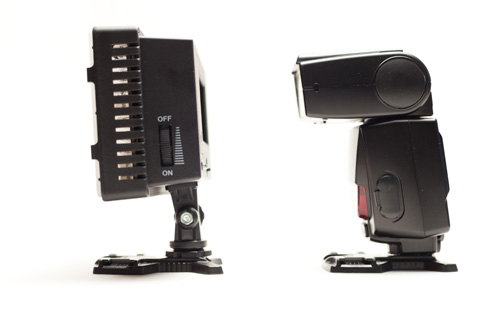 There are also many hot shoe flash units available that are smaller than the SB800 used for the example above. So speedlights definitely have the advantage when it comes to size.

The actual duration of a flash from a typical speedlight is around 1/1000s. For situations with low levels of ambient light, and where flash is the main light source, the exposure time is equivalent to the flash duration, even if the shutter speed is longer. 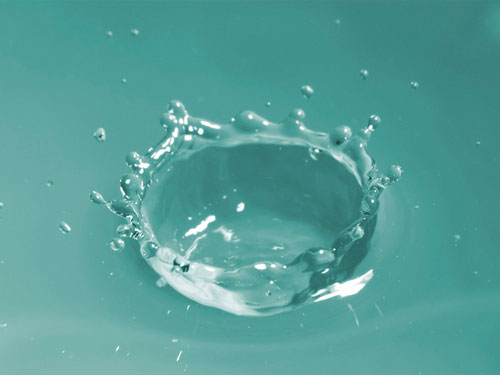 Because of the different way that LED lights work versus flash (continuous lighting vs. short burst of light), it is difficult to say whether one gives better battery life than the other. Really it depends on how bright you have your lights, and if you use a flash, how often you are firing it.

An LED light panel can be used for lighting video as well as stills. (Indeed, video is their main usage area). A speedlight is not much use for video unless you want to create a strobe effect.

While speedlight flashes are great for still photography, they are not useful for much else. An LED light could even be used as a torch in an emergency.

This point ties in partly with the first point of this article. If you buy a TTL flash (which is the majority of flashes), then the TTL operation is tied to cameras produced by a specific manufacturer.

For example, a Canon E-TTL flash will only support E-TTL operation when used with a Canon camera. Most flashes can still be used in manual mode with an unsupported camera, but not all. 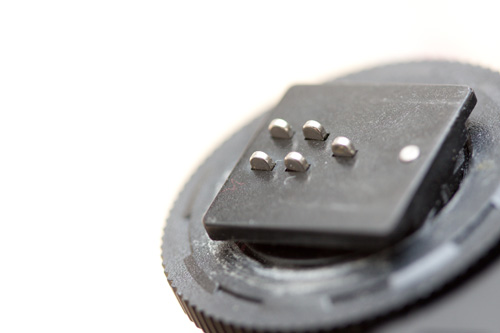 Some speedlights (typically smaller, cheaper ones) do not feature manual power controls. Instead they rely on the camera body to communicate the power of flash needed. If you use one of these units with an unsupported camera, then you have no way of controlling the flash's power.

With an LED light panel though, it doesn't require a camera at all. So you can easily lend one to a friend or borrow one from a friend with no fears that it won't be compatible with your camera. Most (though not all) LED panels feature a dimmer switch so you can easily adjust the strength of the light.

Although both LED light panels and speedlight flashes can both be used for still photography, there are some important differences. The quick burst of light from a flash makes them much more suitable for photography where you need to freeze motion.

Ultimately the type of photography you mainly practice, and how you like to work will determine if an LED light panel or a speedlight flash will be most useful for you.

Remember also, there is no reason why you can't mix LED light panels and flash. You can light some parts of a scene using flash and other parts using LED panels.