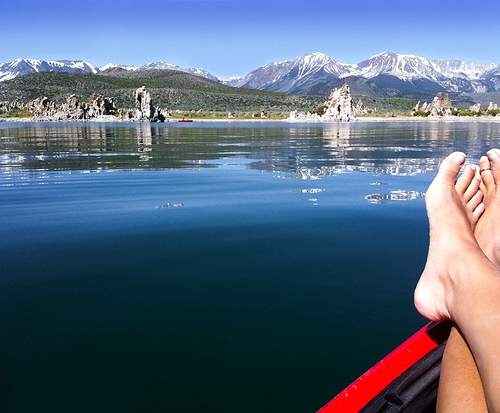 Although the photo could be described as "A woman's feet resting on the edge of a boat on a lake with mountains in the distance", that doesn't really describe the feeling you get from the image. The photo has a clear concept and does not need a long description.

If you can't think of one word to describe the concept or feeling of your photo, then the photo is probably not working. Although a picture may be worth a thousand words, it should not take a thousand words to convey the meaning the picture.

When a company produces an image used for advertising their product, they will make sure they use an image that conveys a concept or feeling. Why? Because this is a great to create a connection with the viewer. 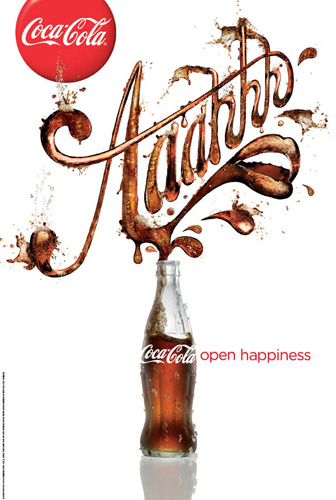 When a cold drink is advertised, you'll often see the photo is the can or bottle of drink covered with droplets of water. Or maybe a splash of water or the drink will be included in the ad. This conveys the concepts of 'refreshing' and 'cool'. If all it conveyed was what the product looked like, then it probably would not be a very successful ad.

So, how do you go about making sure that your photos have a clear concept? I've mentioned it quite a few times before, but it bears repeating. You need to look carefully at the image as you compose it, and try to avoid including anything that detracts from the feeling the scene gives you, or the message you are trying to convey.

You have a number of different ways of removing distracting elements and focusing the viewers attention on your subject. You can move distractions or move your subject. Frame the image differently, or use a shallow depth of field to emphasize your subject. I cover these techniques in more detail in the article Eight Ways To Focus A Viewer’s Attention On Your Subject. 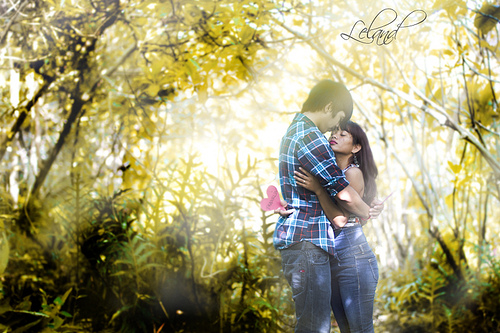 While making sure your photo has a central concept and theme often leads to a stronger photo, this won't always be the case. The meaning of a photo can be quite subjective, and the photo may mean much more to you than to others. Likewise, a photo that does not convey any particular feeling for you, may evoke a strong emotion for someone else.

Even for yourself, the meaning and impact of a photo can change over time. Sometimes we go back and look over our old photos, and find an image we really like, that we used to think was rubbish.

But generally you are far more likely to turn out strong photos if you do think about what draws you to photograph the scene in the first place. And then make sure that reason is conveyed clearly in the image.