A polarising filter can be found in many photographer's toolkit, they are usually used to remove reflections, and can be used in landscape photography for enhancing contrast and saturation, particularly deepening a blue sky. 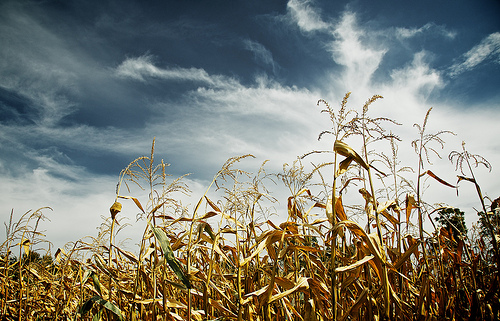 What is a polarising filter?

A polarising filter is a filter that is placed in front of the lens. Polarisers come in both slot-in formats, for filter holders such as the Cokin P system, and also the standard screw-in type, which screw into the thread on the front of your lens. The filter can then be rotated to increase or decrease the polarisation effect. 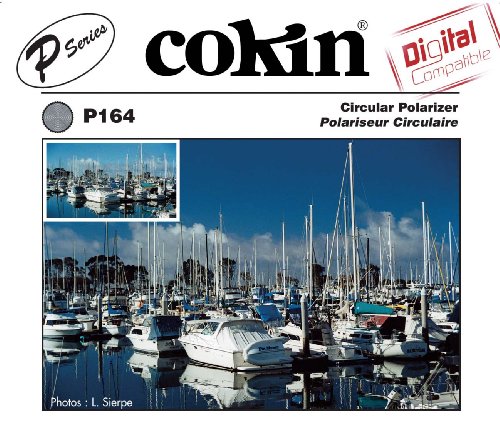 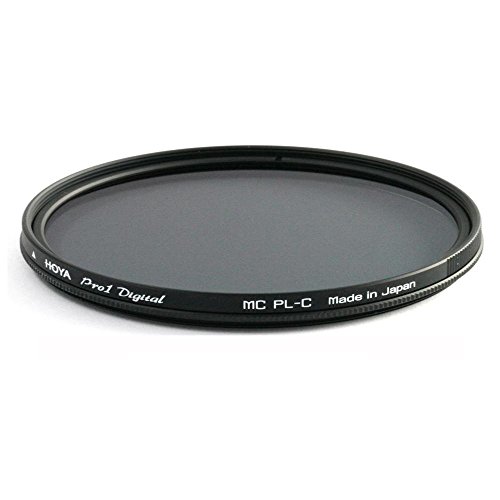 Light reflected from a non-metallic surface becomes polarized; this effect is maximum at Brewster's angle, about 56° from the vertical (light reflected from metal is not polarized, due to the electromagnetic nature of light). A polarizer rotated to pass only light polarized in the direction perpendicular to the reflected light will absorb much of it. This absorption allows glare reflected from, for example, a body of water or a road to be much reduced. Reflections from shiny surfaces of vegetation are also reduced. Reflections from a window into a dark interior can be much reduced, allowing it to be seen through. (The same effects are available for vision by using polarizing sunglasses.)

Some of the light coming from the sky is polarized (bees use this phenomenon for navigation). The electrons in the air molecules cause a scattering of sunlight in all directions. This explains why the sky is not dark during the day. But when looked at from the sides, the light emitted from a specific electron is totally polarized. Hence, a picture taken in a direction at 90 degrees from the sun can take advantage of this polarization. Actually, the effect is visible in a band of 15° to 30° measured from the optimal direction.

The photo below shows the difference between a landscape photo taken with the polarising filter rotated for maximum effect, and rotated for minimum effect. You can see the polariser has a dramatic effect and greatly improves the image. 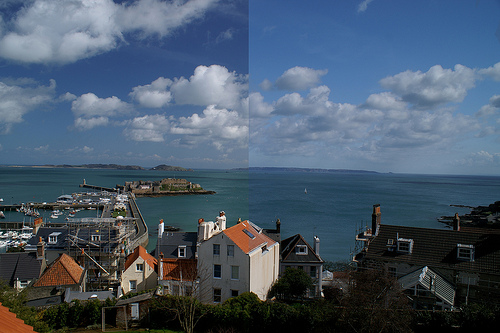 In the example below you can see how using a polarising filter has removed the reflection of the sky from the water, allowing you to see through to the bottom of the lake: 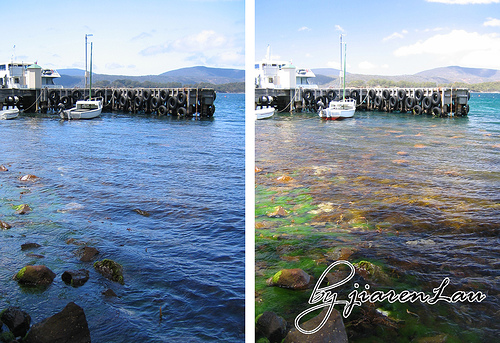 If you are using a wide-angle lens, you may find that the effect of the polariser is uneven across the image. For this reason, photograhers often shy away from using polarising filters on ultra wide lenses. 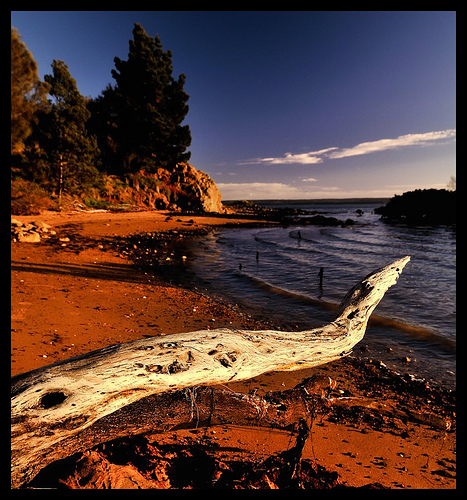 This can become particularly noticable if you are stitching photos together for a panorama:

A polariser will typically cause a 2 stop reduction in light, e.g. If you need 1/60s shutter speed to get a properly exposed image without a polariser, you will need 1/15s with a polariser. So if the reduction in transmitted light caused by the polariser means you will get a blurry photo when shooting handheld, you'd be better off without the polariser.

Most times though, you would be shooting with a polariser on sunny days during the daytime. In this situation, even with the reduction in transmitted light, you should still be able to use a reasonably fast shutter speed.

Removing reflections with a polariser

A polarising filter can also be useful for removing reflections, for example, from cars: 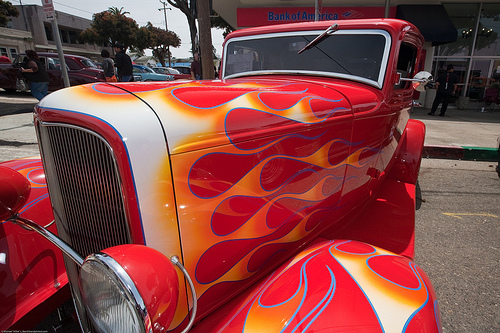 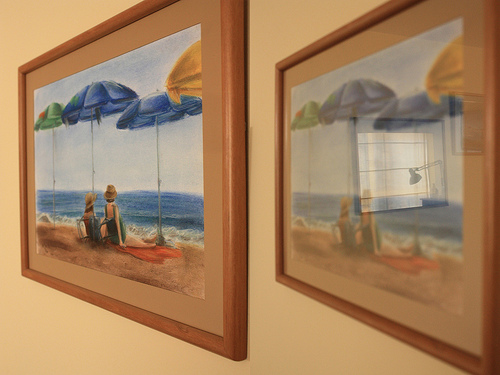 Other uses of polarising filters

As mentioned earlier, a polariser will reduce the amount of light that is passed. This can be used to your advantage if you want to use a slow shutter speed, for example to capture silky moving water. 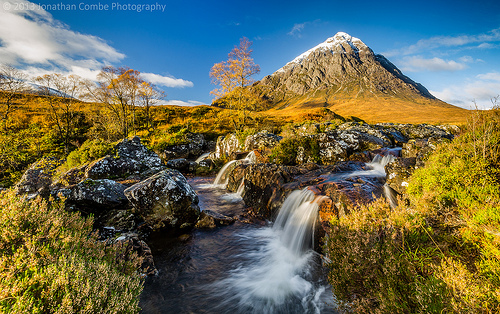 Two circular polarisers can also be used in a similar way. But the second filter needs to be reversed, which makes the process a bit more tricky. Note that with both methods you might also get strange color effects depending on the strength of the effect, the quality of the filters, and the angle of view. You are most likely to see strange effects with wide-angle lenses.

Shooting through an airplane window can give a rainbow effect due to the way aircraft windows are constructed. 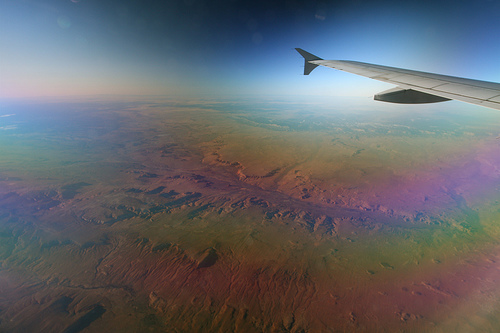 Cross polarisation images, where you also use a polarised light source, is another use for polarisers. You can read more about this technique here: Cross Polarization Photography.

So if you shoot landscapes, or anything that might have unwanted reflections, a polarising filter is a good item to have in your kit. They are available at a wide range of price points, generally the larger the filter, the more expensive, and the more coatings, the more expensive. Multi coated filters are less prone to lens flare than single or non-coated filters.