Framing your subject with a frame within the photo

Many people display their printed photographs in frames, and even on the internet it is common to add a frame around your photo. The frame helps gives the photo some space and draw attention to the photo itself. But what about using a frame as part of your actual photograph?

By using a nearby object to frame your photo you can help add some context to the photo. The framing object can add depth to the photo, and help draw the viewer's eye towards the subject. 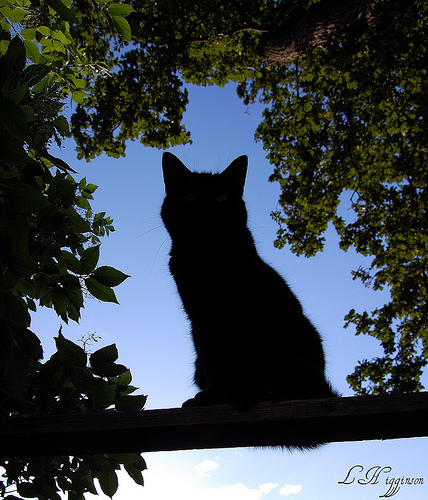 Most of the time you will want to have your subject in focus, rather than the frame. On some occasions though, you may find a frame that makes a good subject in itself. In this case it makes sense to focus on the frame rather than what you can see through the frame. Still, pay attention to the composition of what is contained within the frame. 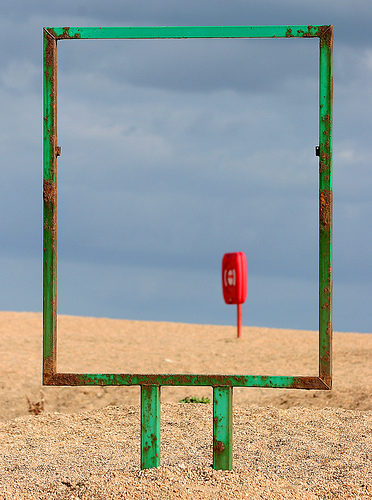 Frames don't have to be rectangular, nor do they have to be complete. In the below image you can see how the photographer has used the combination of window and curtain to frame the girl's face: 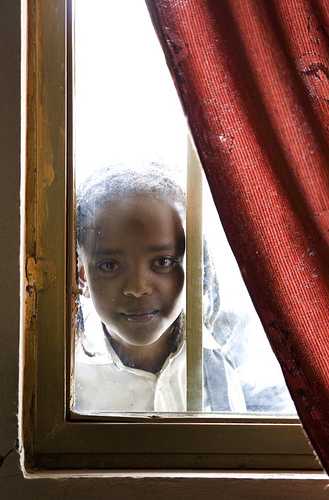 In this example, the photographer has used part of a sculpture the top of the image, and the grass at the bottom of the image to frame the bridge: 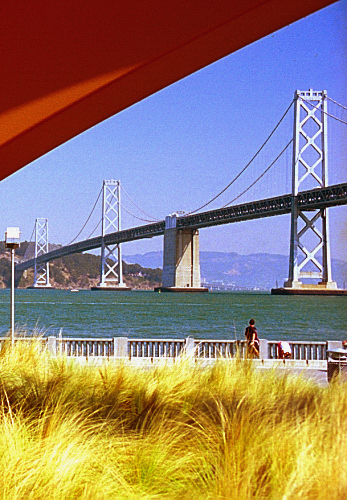 There are lots of things that can be used as frames: doorways, windows, tunnels, tree branches, fences, etc. Reflections in puddles, or water can also work well as the non-reflective area works as a frame: 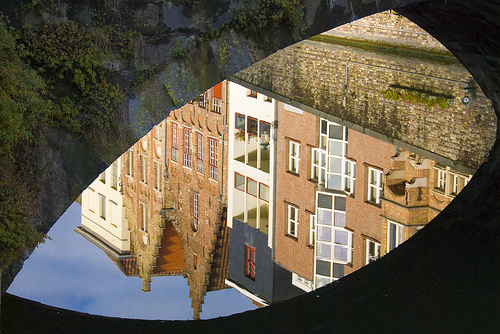 So next time you are out taking photos try looking for nearby objects that you can use as a frame for each photo. Of course, framing your subject is not suitable for all photographs, but it is a useful technique to have at your disposal when looking to create great photos.