One of best pieces of advice for anybody undertaking wedding photography for the first time is: be prepared. Sit down with the couple well before the event and agree a list of shots, for example locations where you'll shoot just the couple and all the various groupings of family and friends. If possible, visit the locations in advance with the couple. Even if professionals don't need to do this, as an amateur it's worth leaving as little to chance as possible. 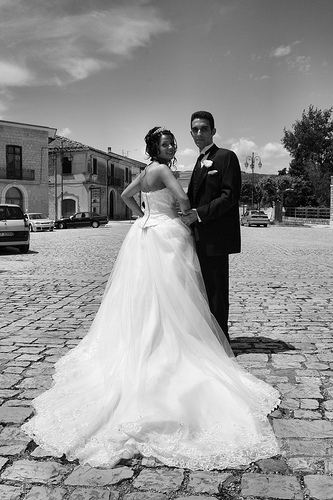 It can be quite difficult to round everybody up, and stressful. Asking the couple to nominate a family member to marshal people into position is a good idea, especially when the drinks have been flowing and the last thing on anybody's mind is keeping the photographer happy.

A lot can go wrong. If it's raining, have a plan B that can be implemented. Make sure your batteries are charged, your memory cards have enough room and leave more than enough time to reach the venue. It's a good idea to attend a rehearsal of the ceremony so you can think about potential shots in advance, and consider the lighting issues.

Don't be afraid to be playful and alter the perspective. Shots taken from above or below, or using wide angles can add interest to the final collection of images. 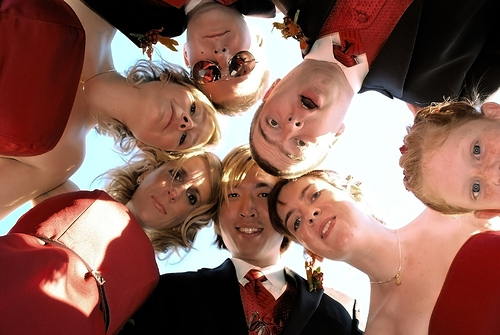 Because in many churches the light is very low, being able to bounce a flash or use a diffuser is crucial. If the church or venue prohibits use of a flash then you'll need to increase the ISO and/or use a fast lens with a wide aperture. If you can, shoot in RAW, which will give you the flexibility to correct lighting and white balance after the event.

Agree the price up front, for a certain number of shots, and make sure they understand the implications of digital versus film and agree to which you'll be using.

Don't forget to turn the sound off the camera. The last thing you want is for it to be beeping during the vows. 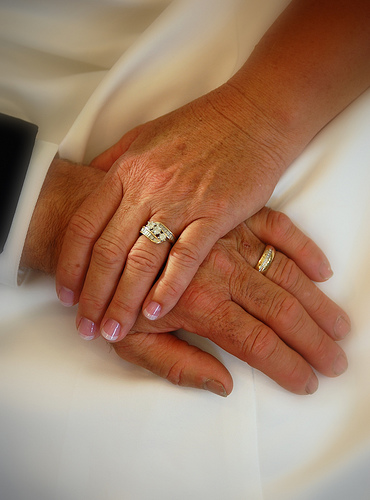 If you can, use two cameras. It will make all the difference if you can have a wide angle lens on the go along with a longer lens for non intrusive close ups. If you can, bring an assistant or a second photographer along to capture alternative shots simultaneously. One of you could, for example, be capturing the more formal shots while the other could be dedicated to the informal images.

Backgrounds can be a challenge at weddings when there are people moving around all over a venue. However, you can control backgrounds with the more formal shots – look for uncluttered areas that are out of direct sunlight.

When capturing group shots it is key to get everybody's face in. If you can stand somewhere high up like a balcony so the group has to look up to you this can be a fun alternative, as well as one that ensures that nobody's face is hidden. Try and get the group shot as soon after the group exits the ceremony as possible, and before they get distracted by food, drinks and conversation. 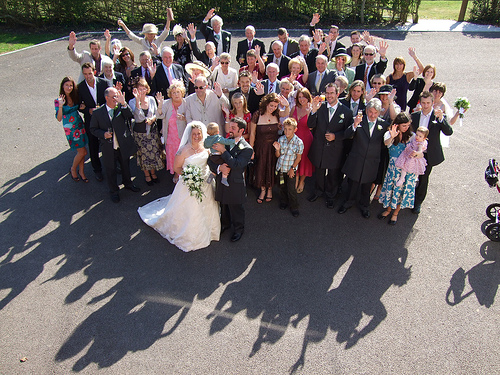 Throughout, consider using continuous shooting mode so that you increase the opportunity of capturing a moment when everybody is relaxed.

Finally, go with the unexpected. These moments are often the most memorable and capturing them adds a personal and humorous touch to the final collection of photographs. 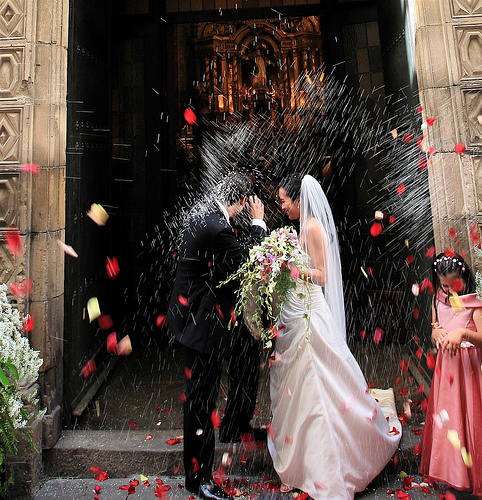 Retrieved from http://www.articlesbase.com/digital-photography-articles/dslr-amateurs-wedding-photography-tips-5025546.html
About the Author