A new online photo service, 500px, has burst onto the scene lately and many photographers are flocking over to this new site in large numbers, but the question begs to be asked: how exactly is this site any different from the widely popular Flickr? There are quite a few similarities between the two sites, but there are a number of key differences that sets the two apart.

The founders of 500px wanted to provide an easy to use photo service that would allow photographers to display their work in a visually pleasing way. They have done just that.  As far as being design savvy, the folks over at 500px definitely have the upper hand here as the site has a very simplistic, clean look to it which provides for a great outlet for photographers to post their work.  Their design also allows viewers to scroll through the photography in a visually appealing manner. 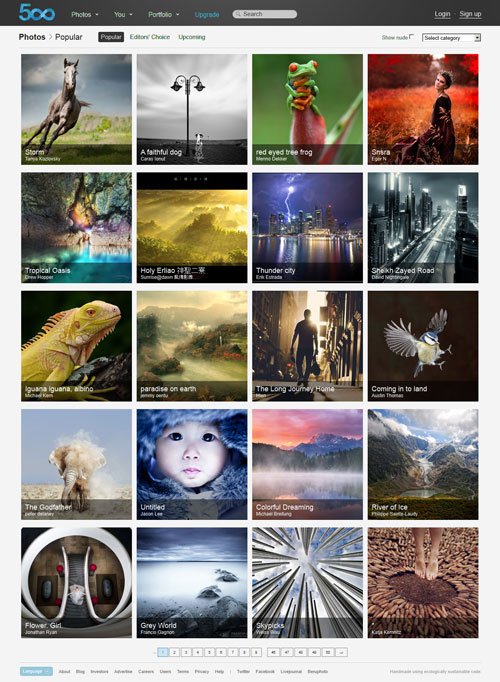 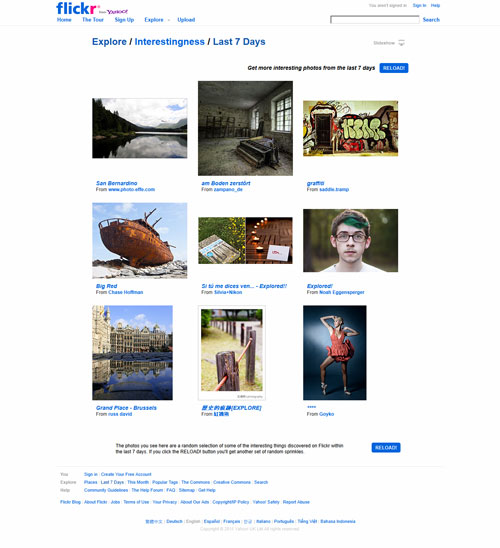 Trademark infringement is obviously a major concern for photographers, especially when dealing with online photo services. Flickr and 500px seem to be on par when it comes to copyright. Both sites maintain that the photographer will maintain all rights to the uploaded photos. The photos, they assert, will be used only for the purpose of promotional use.

While 500px seems to have that professional touch to it, it does also have more of a social network feel to it. Members can "friend" and "follow" fellow photographers and each members activity can be tracked on their profile wall.  Members can also like and dislike any photo found on the site which allows for a rating system for each particular photo. Those photos with the highest ranking are stored in the "popular photos" section. 500px uses this as a way promotional tool as they assert you can "wake up famous" as the most popular photos are shown daily through sites such as Facebook, Twitter, Tumblr, and StumbleUpon.

While on the surface it may seem that both 500px and Flickr offer virtually the same services, however, there are numerous differences that set them apart. Most differences stem from the fact that 500px is geared towards the more serious photographer. While Flickr is a great site for storing and sharing your photos, those photographers who take their work seriously will likely find 500px a valuable tool to promote and share their work with a professional community.