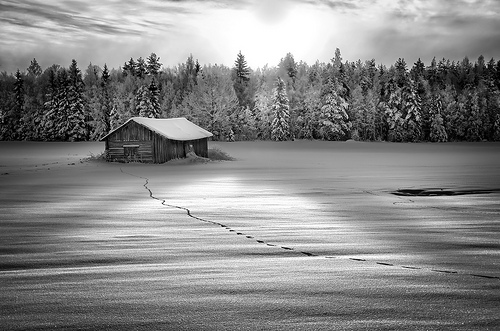 While a bright red flower might stand out against a bright green background in color, if they are both the same tone, they will make for a rather bland black and white photograph (see example below). So you must learn to pay attention to the differences in tone and ignore differences in color. 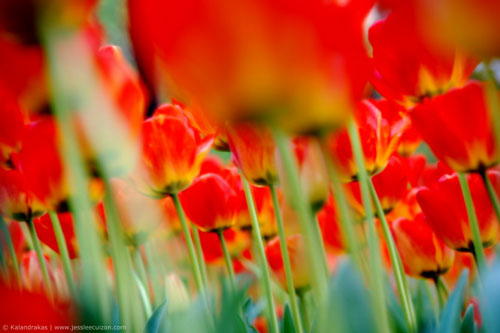 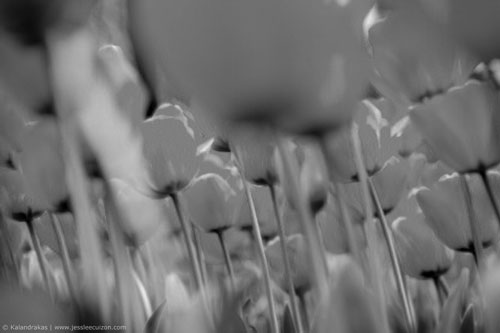 Black & White version of above image created by simply desaturating (removing all color).

Architectural photographs work well in monochrome, as typically a building will have little color contrast anyway. Try shooting early or late in the day when the sun creates long shadows and strokes across the surface of the building, revealing the texture of rough stone. 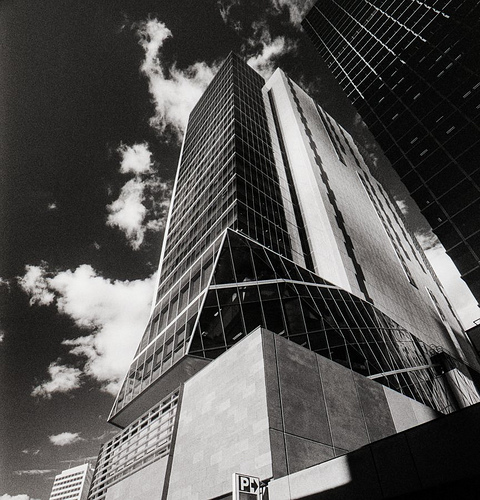 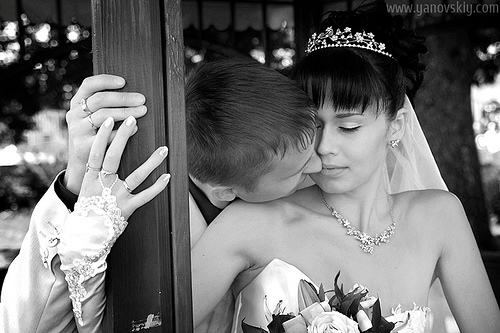 Landscapes that already have little color work well for black and white photography. For example, a snowy landscape, or when large gray clouds fill the sky. 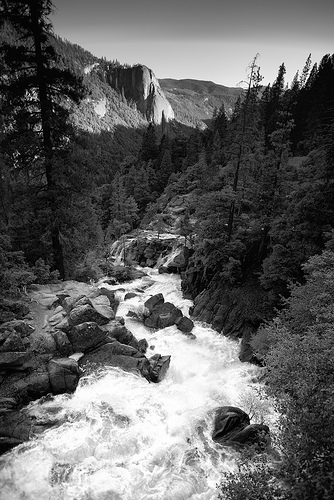 Colored filters can be purchased as physical filters and used on the lens at the time of capture. Alternatively, you can photograph the scene in color, then the same effect as the filter can be applied in photo editing software when converting the image to black and white.

By adjusting the relative brightness of each color when converting the red tulips photo example, we can get quite different results to the straight black and white conversion: 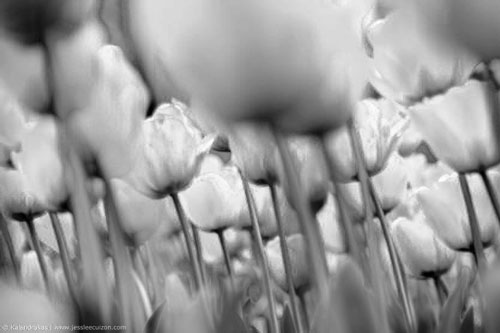 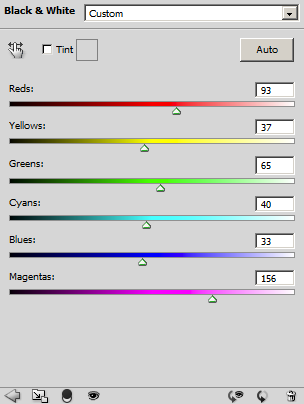 The Black & White conversion dialog of most photo editing software will allow you to either select a colored filter to apply, or allow you to manually set adjust the brightness of each color.

This lets you achieve a much better result than simply removing the color. You can adjust how the tonality of each color maps to black and white, giving you control over how the black and white image will appear.