In recent years camera manufacturers seem to have greatly shifted their focus towards 'full frame' cameras. (A full frame camera is one where the image sensor is the same size as a piece of 35mm film, whereas a 'crop frame' camera has a smaller image sensor - typically 1.5 - 2x smaller.) The reason for this is not that full frame cameras are inherently better, but simply that they have a higher profit margin on the full frame models.

I've read a lot of comments from other photographers, and also a few articles that seem to treat full frame cameras as the holy grail of photography. But I think many people are being led astray by the full frame marketing brigade. Yes, a full frame camera is the best choice for some photographers. But for others a crop sensor camera may be a better choice.

So, in this article I want to redress the balance, and look at some reasons why a crop sensor camera can be a better choice than a full frame camera. 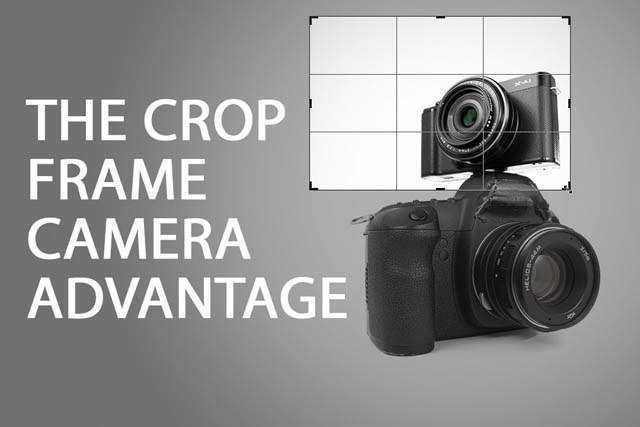 One of the big advantages of cameras with smaller size sensors is that they can be made smaller. In turn, this also means that the cameras can be made lighter. This might not be an advantage if you have big hands, but for most people smaller and lighter is better.

It makes it much easier on your neck, shoulders, and arms to carry around a lighter camera all day. Similarly, it takes up less space in your bag than a full-frame camera would, freeing up space for other gear, such as an additional lens or some snacks. Or just allows you to use a smaller bag. 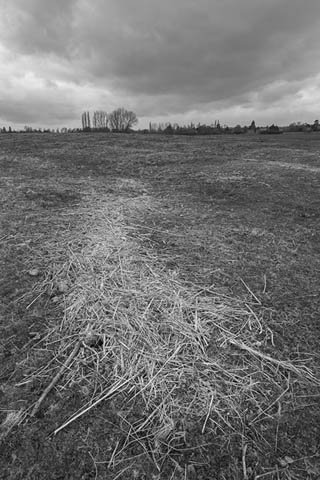 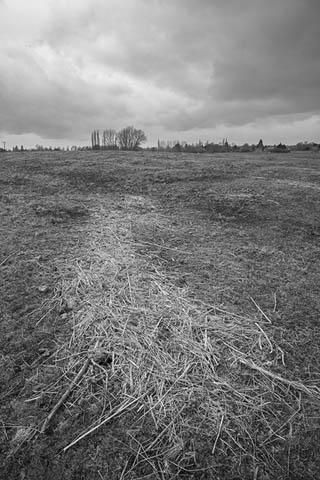 Photo taken on camera with full frame sensor, 24mm f/16 - Depth of field is the same

When shooting handheld this can be quite beneficial - a faster shutter speed means you're less likely to get blurry images from camera shake. Similarly, in low light you don't have to raise the ISO level as high for a given depth of field & shutter speed combination as you would when shooting with a full frame camera.

For tripod based shooting the faster shutter speed a crop-sensor camera affords can still be useful for capturing maximum detail. It helps freeze movement like leaves blowing in the wind, which could be blurred in a photo taken with a longer exposure time.

Now, in theory (and somewhat in practice) the extra depth of field advantage of crop-sensor cameras is negated by their worse noise performance. Using the landscape example again, an image shot on a full frame camera at 24mm f/16, ISO 400, 1/40s should be equivalent in all aspects to an image shot on an m4/3 camera at 12mm f/8, ISO 100, 1/40s.

However, the theoretical differences in noise performance between a crop sensor and a full frame sensor aren't always borne out in practice. It depends a lot on the technology used for the sensor. Particularly at low ISOs, there is usually less of a difference in noise performance between a crop sensor camera and a full frame camera than the theory would suggest. And so a crop sensor camera can offer a real (if not particularly big) advantage when shooting images that require a large depth of field.

One of the arguments I often see as to why full frame cameras are better is that because the sensor is larger, it can fit in more pixels at any given density than a crop frame camera can. This is true, but the question is, how useful is that extra resolution?

At standard viewing sizes, which is how the vast majority of people view our images, any difference in resolution won't be visible. When viewing images at 100% on screen there will be a difference. But that's not a normal way to view images. 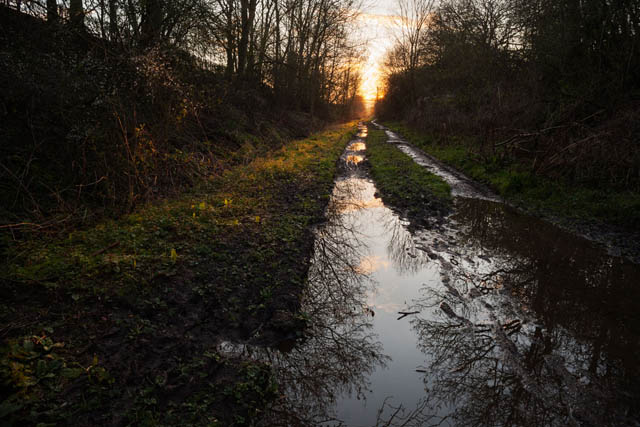 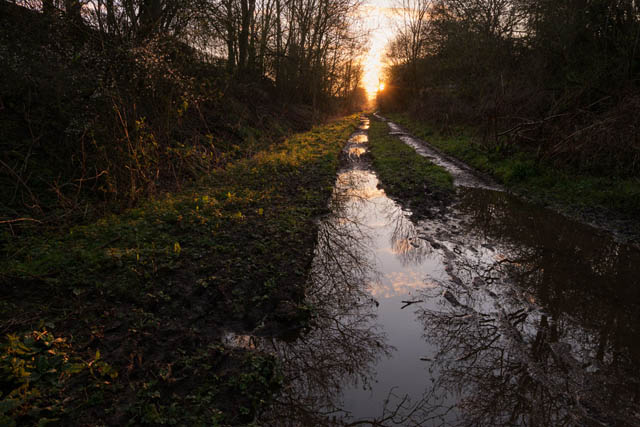 One of these photos was taken with a full frame camera, the other with a crop frame (APS-C) camera. Can you tell which is which?

If you want to make large prints that people will view from up close, then maybe the extra resolution will be handy. But it's only a very select group of photographers who will be displaying their work like that.

Furthermore, it takes greater effort to make sure you actually make the most of the resolution offered. You'll want to be using expensive top-grade lenses. And you need to use the camera very carefully to minimize any chance of blur from camera shake, mirror slap, or shutter shock.

Finally, if you're shooting images that require a large depth of field, such as landscape or macro images, you'll likely be diffraction limited anyway. With apertures smaller than a certain size then detail starts to become softened due to diffraction. More resolution means you see the effects of the diffraction softening more (when viewing images at 100%).

For example, a 12MP APS-C (1.5x crop camera) is already diffraction limited at the pixel level at an aperture around f/11. A full frame camera with the same pixel size (and hence higher resolution) will be diffraction limited at the pixel level in the same way. But with the full frame camera, you must use a smaller aperture to achieve the same depth of field as you get with the crop sensor camera. And stopping the lens down more increases diffraction, thus robbing you of the camera's resolution advantage. 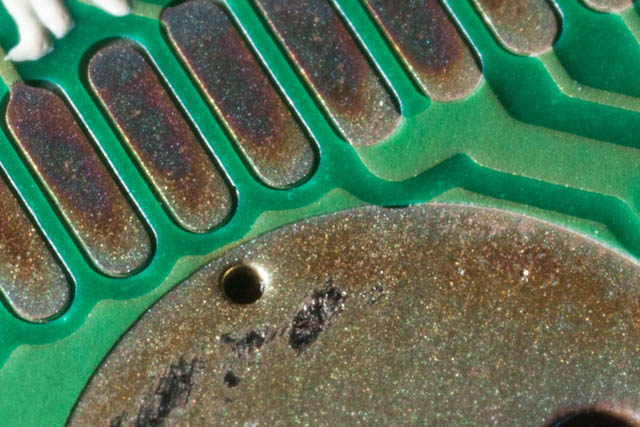 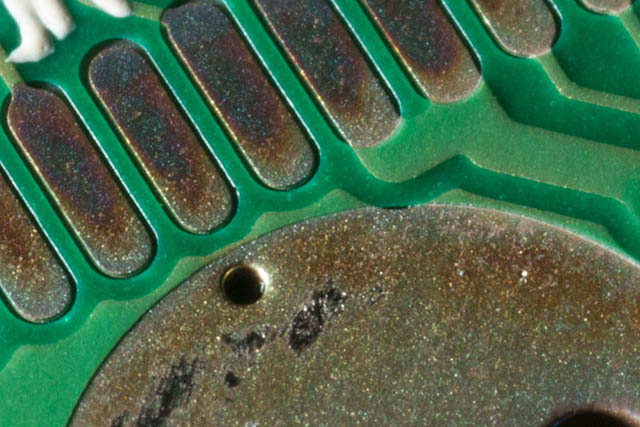 In practical terms you do tend to get a little more detail from a higher resolution camera even when shooting at diffraction limited apertures. But due to diffraction softening the real increased resolution is less than the increase in megapixels.

You also need to remember that higher resolution cameras produce larger files, and so require larger (and faster) memory cards and larger hard drives to store them on. You'll also need a faster computer to be able to edit the larger amounts of data the images contain. And all this costs more.

Unless you're an extreme low light photographer, the majority of crop-frame cameras available today have more than good enough high ISO performance. 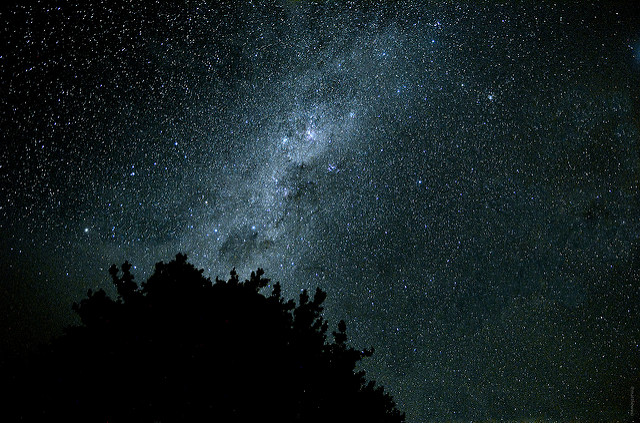 Another argument often put forward against crop sensor cameras and in favor of full frame cameras is the ability to achieve a shallow depth of field. Again, the argument has some truth but seems to be exaggerated in its importance. 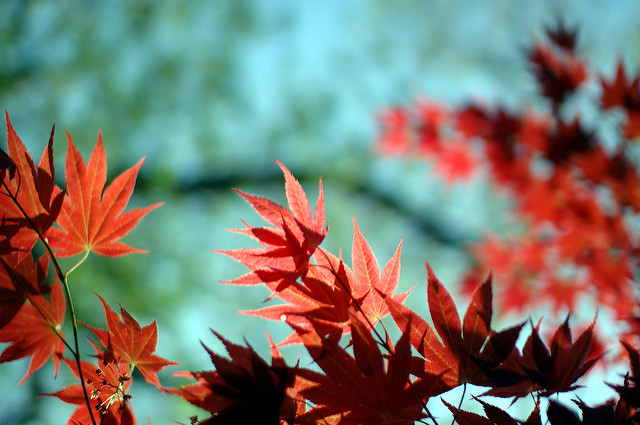 You can definitely achieve a shallow depth of field, giving good subject separation, with a crop sensor camera and a suitably fast lens. Shallow depth of field seems to be over emphasized a lot. Most of the time you want most of your subject's face in focus, not just the eye closest the camera.

Because lenses designed for crop sensor cameras don't have to cover as large an area as those designed for full frame cameras, they tend to be smaller. This means they also use smaller filter threads on the front, allowing you to use smaller, and cheaper filters.

This is particularly advantageous for wide-angle lenses. Many full frame ultra-wide lenses don't even accept filters. You have to purchase expensive adapter kits to use filters on them. Whereas most ultra-wides for crop sensors do let you use filters, and the filters are much cheaper because they don't have to be so big.

Generally crop frame cameras and lenses tend to be considerably cheaper than their full frame equivalents. However, there is a caveat here.

For example, you'd need a 35mm f/1 lens for an APS-C camera to give the same field of view and depth of field as a 50mm f/1.4 lens on a full frame camera. That 35mm f/1 lens is likely to be extremely expensive (if it even exists for your camera). Whereas a 50mm f/1.4 isn't super expensive.

But for most general uses, a crop frame system will be quite a bit cheaper. For example, the Canon EF 16-35mm f/4L IS USM Lens for full frame cameras retails for around $1000 and needs expensive 77mm size filters. Whereas the crop frame equivalent Canon EF-S 10-18mm f/4.5-5.6 IS STM Lens costs only around $280 and uses cheaper 67mm size filters. (Not to mention also being considerably lighter and smaller).