Why use a Quick Release System when using your camera on a tripod? 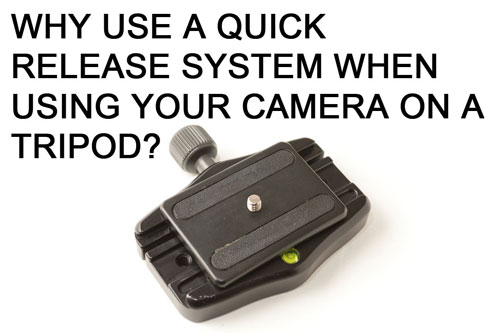 If possible, try to stick to one quick release system. I've outlined the most common systems you're likely to come across below.

The Arca-Swiss system is probably the most popular quick release system, especially among professional photographers. There are a wide range of different tripod heads and other accessories available that use the arca-swiss system from a range of manufacturers. The products are usually marked as being Arca compatible or Arca-Swiss compatible. (Arca Swiss is the name of the company that originally developed this Quick Release system). 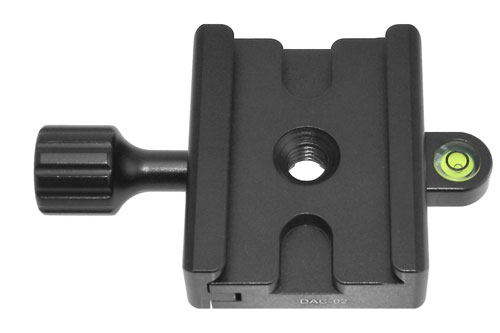 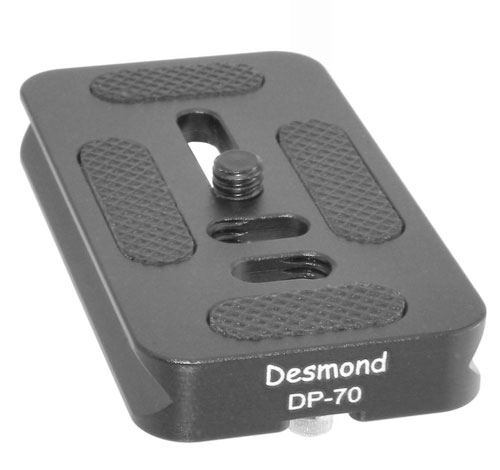 The Arca-Swiss QR system uses a clamp with a 45° dovetail. The quick release plate slides into the clamp, and then a screw is tightened on the edge of the clamp to lock it shut around the edge of the plate. Many clamps also include a spring loaded locking pin. So long as the head is always orientated so that the locking pin is near the bottom of the clamp, this will ensure that the plate (with camera attached) can't fall out of the clamp when it is loosened slightly. 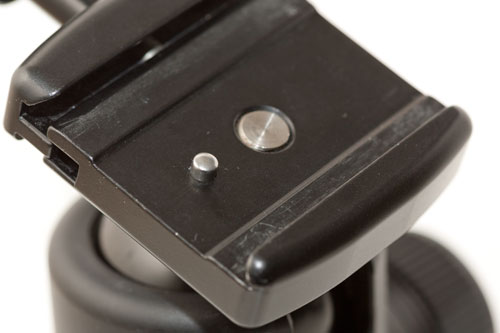 Manfrotto is probably the most popular tripod and tripod head manufacturer, and as such, has developed a range of different quick release systems for their products. However, there are not many third party companies producing products compatible with Manfrottos's QR systems.

The RC2 QR system uses a rectangular plate that attaches to the bottom of the camera. The plate can then be slid into the clamp, and the clamp locks the plate in when a lever on the clamp is pushed shut. When the clamp has been locked, there is no way that the plate can slip out.

The Manfrotto RC4 QR system is similar to the RC2 system, but on a larger scale. To release the plate from the clamp, the release lever incorporates a button that must be pressed in while pushing the lever. This makes it less likely that the lever could be accidentally knocked and open the clamp.

The larger plates mean it is more suited to larger and heavier equipment. Of course it will work with small and light equipment as well, but could be considered overkill. Due to the larger size, the RC4 system is not as popular as the RC2 system.

Rather than using a rectangular quick release plate, the Manfrotto RC0 system uses a hexagonal shaped plate. This design ensures that there is no play in the mount when the clamp is locked shut. Having said that, very few people ever report issues with play with any of the other quick release systems either.

The RC0 plate is a bit larger than the RC2 plate, making it more suitable for larger and heavier cameras.

Manfrotto also make RC1, RC3, and RC5 quick release systems, but these don't tend to be so popular. The RC3 and RC5 systems are somewhat similar in design to the arca-swiss system, but are not compatible.

One of the problems that can sometimes happen when using a quick release plate is that the camera may twist on the plate. This is most likely to happen when you are using a heavy camera / lens and using it at an angle. This can be a problem since the twisting movement of the camera (although slow) could be enough to cause blur in a slow shutter-speed or telephoto shot.

To combat this, you can purchase anti-twist plates. These quick release plates have a lip on one (or sometimes both) edges that mounts flush against the edge of the camera body. This stops the camera from being able to twist on the plate. There are also anti-twist plates available for larger telephoto lenses. Some of these use a lip, others use two screws to screw into the lens foot, which ensures that the plate cannot twist on the foot.

The advantage of an L plate is that you can easily mount a camera in portrait orientation without having to adjust the tripod head at all. Typically they are quite a bit more expensive than a standard quick release plate. Another negative point is that they are also more likely to block battery or card slots and connections on the side of the camera.

The majority of L plates that are available use the arca-swiss style mount, though there are a few available for some Manfrotto mounts. You can purchase L plates designed for specific camera models, or there are also 'universal' plates available.

There are typically two methods that quick release clamps will use for locking a plate in place - either a lever system or a knob. With a lever, you flip the lever to lock the plate in place, and then flip it back to unlock the plate.

With a knob, you tighten the knob to tighten the clamp around the plate. A knob allows you to tighten the clamp further than is possible with a lever system. For systems where the plate can move freely in the loosened clamp (e.g. arca-swiss) this can mean that a knob tightening method may be more suitable if your equipment is heavy.

Undoing a knob slightly to shift a camera back or forth a little bit in the clamp is also going to be easier than using a lever. It will also be more secure as you can undo the knob just enough to allow the plate to move while still maintaining a level of friction against the clamp.


With a lever system the main issue is that the clamp closes to a specific position when the lever is closed. If you are using a third party quick release plate in your clamp, the plate may be slightly larger or smaller than the size the clamp is designed for. This could result in the clamp being extremely difficult to close (plate too large) or closing and not gripping the plate securely (plate too small).

Some manufacturers have developed quick release clamps that use a lever, but also have an adjustment for the clamp width when closed. This resolves the above problem, though you would need to adjust it whenever you use a plate with a different width.

If you only use plates produced specifically for use with your lever operated clamp, then the plates will all be the correct width and there will be no problem.

The main issue with quick release systems is when using them on cameras that feature the battery or memory card slots on the bottom of the camera. Depending on the camera design and the size of QR plate you use, the plate could render the slots inaccessible.

This would mean that whenever you want to change the battery or memory card, you would need to remove the quick release plate. Not very convenient.

One Response to “Why use a Quick Release System when using your camera on a tripod?”