How to decide where to place the focus in a photo

Whatever is in focus in the photo will stand out much more than the areas that are of focus. In this article I'll share a few pointers on where to place the focus in your photos to really emphasize your subject.

What is the most eye-catching feature of the photo?

Choosing where to place the focus all depends on what part of your photo is the most interesting, and where the viewer's eye will naturally be drawn. This is where you should place the focus.

For portrait photos the area we always drawn to is the eyes. Make sure you get the eyes in focus, and this goes for animal portraits as well as people. 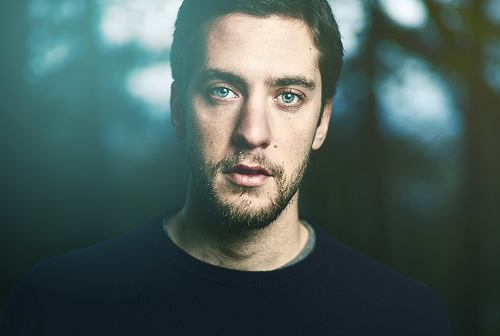 This doesn't necessarily mean focusing on the nearest eye though. If you have sufficient depth of field, then focusing on the bridge of the nose can ensure that both eyes are in sharp focus.

If you're photographing a flowering plant, then the brightly colored flowers are likely to be the most interesting part of the photo. Emphasize them even more by making sure that you focus on them. 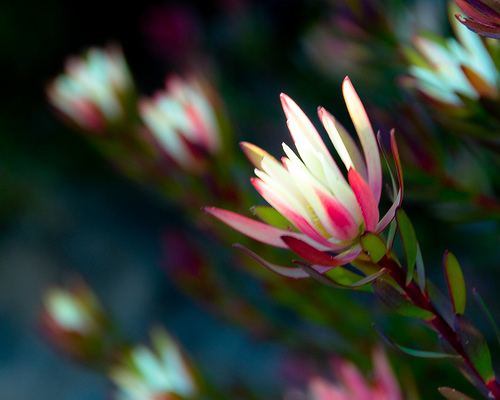 This could be the pollen covered stamens poking out from the center of the flower, or it might be the petals of the flower. By placing the focus just on that one part of the flower, you make it clear to the viewer where you want them to focus their attention.

With architectural and landscape photography, it is normally the entire scene that is of interest, not just one small part of it. So we want as much of the scene to be in focus as possible. 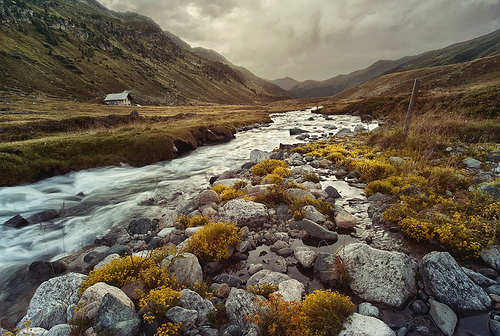 As a general rule, the depth of field (area of sharp focus) extends one third in front of where you focus and two thirds behind the point of focus. For a landscape photo with most of the image in focus, you should not focus on the horizon.

Instead, focus approximately one third of the way into the image. Use a small aperture, e.g. f/11 to get a large depth of field. This will ensure that most of the image, from the horizon up to the foreground, will be in focus.

Bear in mind that very bright areas, and areas of high contrast, will also attract the viewer's attention. If your potential photo contains a bright area or high contrast area, think about whether this should be where you are focusing. If it is not the most interesting part of the image, is there anything you can do to remove it?

Using highlights and high contrast areas can also be used to help draw attention to your subject as well. (e.g. photographing someone wearing bright clothes against a dark background). 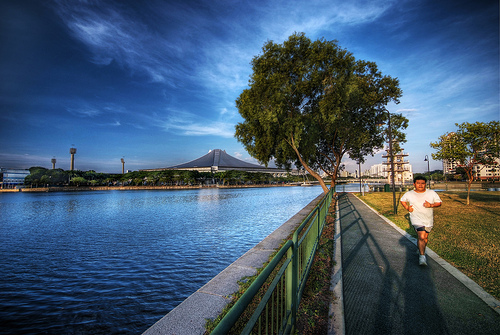 In the image above, the bright shirt of the jogger and the contrast of the dark tree against the brighter clouds in the background both draw the viewer's attention.

As a final point, don't forget that it is okay to experiment and break the rules occasionally. Placing the focus on an area of the image that the viewer would not expect to be in focus can sometimes have a greater impact than a photo focused 'normally'.

Tagged with Depth of field, Focus in photography, Photography tips, Plane of sharp focus, Where to place focus in a photo