Photographing a child's birthday party can be quite difficult, with the subjects being quite noisy and animated. However, it is well worth the effort to record those important memories for you (and your child) to look back on later, as well as great photos you can share today.

In this article I'll cover some tips to help you get some great birthday photos.

Get down on the child's level

Getting down on the subject's level works well as it gives a stronger connection with the subject. It would be fair to say that although we don't always get down on a child's level when speaking to them, a photo on their level appears more natural than one taken looking down at them. 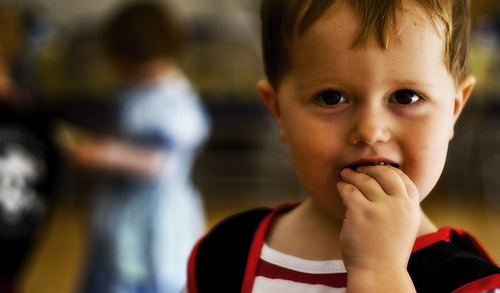 Don't feel you need to take all your shots on the child's level though. It is always a good idea to use different angles and perspectives, and provide a mix of shots. But you should shoot at the child's level more than you shoot at any other angle.

Unlike adults, children tend to get very excited at a birthday party, and show their emotions openly. So make sure you capture the smiles, laughs, and expressions of the children. This will often happen spontaneously, so make sure you have your camera on and ready to capture the shot. 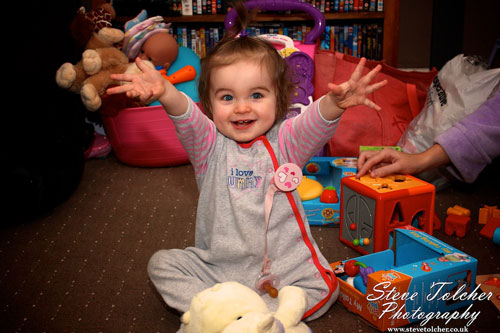 Most birthday parties are held indoors, where there isn't a lot of light for your camera to take in. Children are normally quite animated, so you need to make sure the camera uses a fast enough shutter speed to avoid blurring them.

So set your camera to use a high ISO and a wide aperture to allow for a fast shutter speed. If your camera has a shutter priority mode, you can use that, and then set the minimum shutter speed you can safely use without blurring. (You'll have to determine the shutter speed needed by taking a few test shots. 1/100s is a good starting point.) 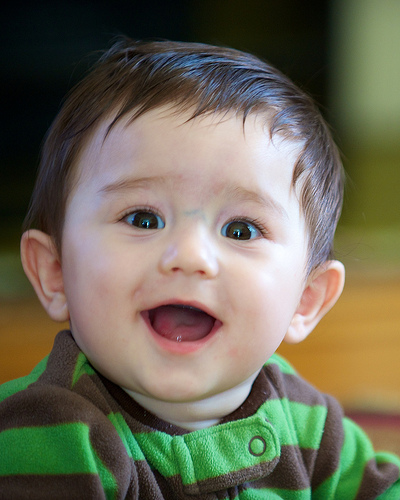 Adding some flash to your photos can help provide the camera with a bit more light, so you can use a lower ISO setting or get a faster shutter speed. However, the pop-up flash on most cameras does not do a terribly good job when used normally.

On camera flash tends to produce a photo with very flat lighting and harsh shadows. The light fall-off can be quite bad as well - items in the foreground appear much brighter, while those in the background can be very dark.

Instead, it is a good idea to bounce the flash from a wall or ceiling. This gives a much larger, softer spread of light. Adding a diffuser to your camera's pop-up flash can also provide a good improvement in the light quality. 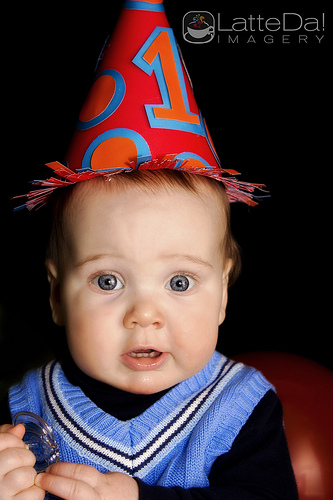 Probably the most important shot for any birthday party is the cake with the candles just about to be blown out, or being blown out. For this shot, it is best to use the available light, or if you feel there is not enough light, set your flash to a very low power. You want to capture the warm glow of the candlelight on the child's face. 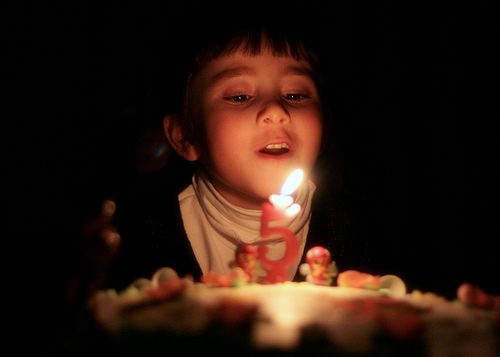 When other people's children are at the party, and will appear in your photos, it is a good idea just to make sure all the other parents are okay with this. It is unlikely any will object, but it is better to be safe than sorry. This is especially true if you are going to share the photos online.

As well as shots of the children playing together, eating at the table, etc. be sure to get some close-up shots. Both of the children, but also the decorations and food that go into making the party what it is. 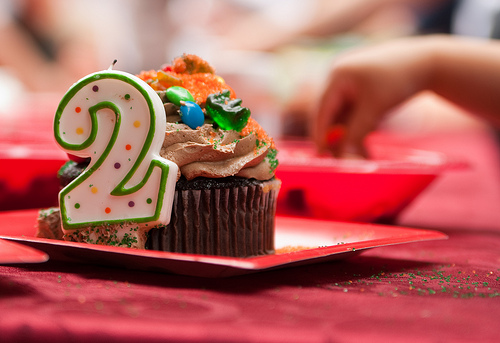 If a special birthday cake has been made, make sure you get some shots of it before it is devoured. (Take the photos in the kitchen beforehand to avoid delaying between the candles being blown out and the cake being served).

A lot of work goes into a birthday party. It can be a good idea to take some shots of the party being prepared before-hand, the guests arriving, the actual party (of course), and then clearing up afterwards. This gives the whole story of the party, from start to end. 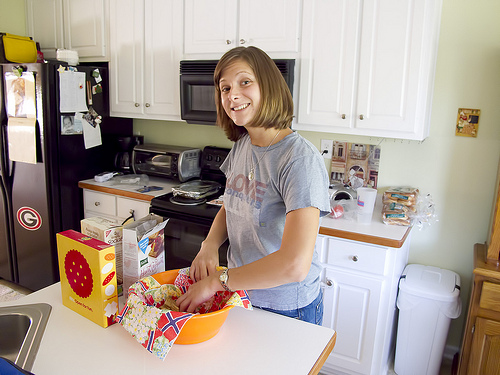 Just comparing the before and after photos of the party can be quite interesting!

I hope these tips help you capture some great photos of your child's birthday party.