Today I have a photo tip that actually breaks the rules. I'm going to talk about including hats in portrait photography.

Hats can say a lot about a person's personality and are a good prop to use - if they actually DO fit the subject's personality. 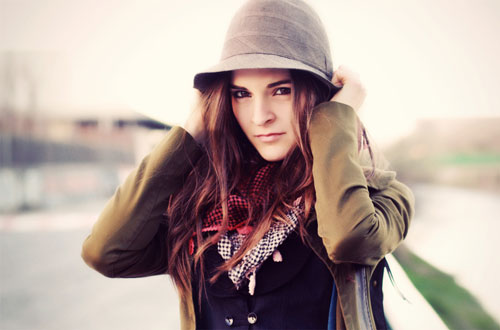 But, be careful of the lighting. You don't want the eyes to be shadowed so you need to lower the light. But if you lower it too far, you can get "horror movie" lighting and shadows. Be careful.

If you are doing a quick snapshot just for fun let your model goof off and wear whatever they want. If they want to wear a funny looking clown hat or a jester's hat with the jingling bells - or even a deerstalker for the Sherlock Holmes fans…go for it! (I've done them all.)

In this article, I'm not talking about funny snapshots. I'm talking about portrait photography that tells the story of who this person is - and will stand the test of time. 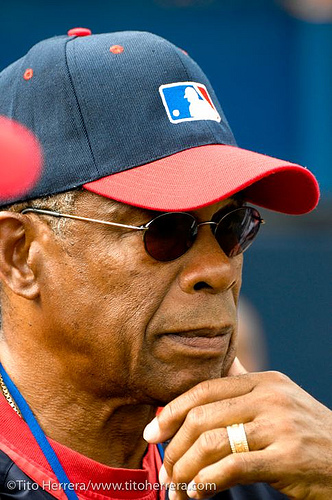 If you are trying to create something special that will be on the wall (and liked) 20 years from now, you need to be careful and plan every detail. You DO want to show the model's personality and who they are - so sometimes hats come into play. Just be sure you NEED it to tell the story.

BTW - in case you aren't aware, the reason for caution is that a hat has the capacity to draw the viewer's eye away from the face and that is the ultimate bad thing.

If you are shooting a professional baseball player - can you imagine telling their story without a baseball cap?

How about a rodeo cowboy? Can you really tell the story of who they are without a cowboy hat? They wear a hat ALL the time. 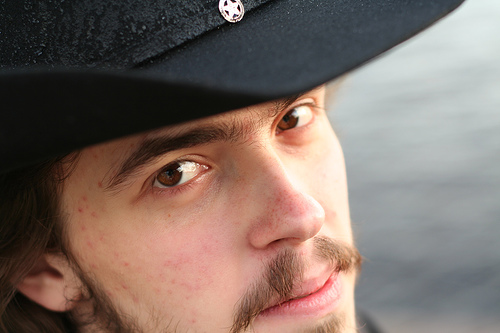 Aside from the hats' ability to disguise the radical difference between their tanned cheeks and fish belly white forehead - it is a natural part of this subject. They would look like something is missing if you shot them without their hat.

Now that I think of it that could be our rule. Would they look like something is missing without the hat?

I've written quite a few articles where I continuously harp on the fact that you should never include something that will draw the viewer's eye off the face…but hats can be an exception to that rule. 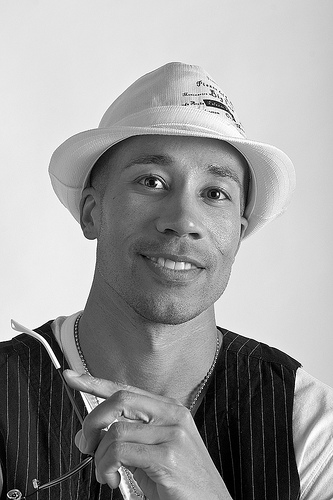 What about the young girl who NEVER wears a hat, but is having a bad hair day! You guessed it - no hat. Find a way to fix her hair or even postpone the shoot. No matter how "cute" she looks, that portrait is not going to make it to the wall. It's just not her.

There IS one time when you SHOULD shoot the model in a hat, even if that's the only hat they have ever put on!

It's the mortarboard that graduating seniors wear. THAT one is a must! (And it will make it to the wall - no question.) As I write this it is graduation time - that's why I thought of what may be the only exception to the hat problem.

By the way, do you know how wearing the mortarboard originated? It's kind of a fascinating story. 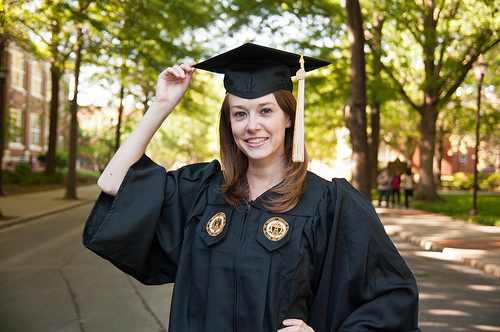 Back in the day - (the renaissance era), the only two ways for an artist to make any money was to be commissioned by the church or a very wealthy patron.

If they were doing a religious painting for the church, the most important and most holy person in the photo was emphasized by putting them in the center and putting a gold, circular shape behind their head - indicating a halo. It was a solid shape, not the ring shape we now associate with a halo.

This immediately separated them from the crowd and defined them as a very important person.

When the rich dudes came along and wanted a portrait. They wanted a halo too! Egos of wealthy people were every bit as over the top then (or even more so) as they are now. They wanted to be the center of attention and "important" too!

Unfortunately, putting a halo on a non-holy subject was considered sacrilegious. The rich folks had the cash and power to avoid problems, but the starving artists had a way of getting burned at the stake. (Or tortured and killed in some other gruesome fashion.)

The problem was resolved by using a solid circular shape for holy figures and a solid square shape for the rich and famous. If you look at one of the paintings, it appears that they are wearing a gold colored mortarboard!

And that is how it came about. The mortarboard is a symbol indicating the importance of the day and the graduate!

In portrait photography, avoid a hat unless it is truly needed to "tell the story."  But if it is part of their personality - put it in there even though it may technically be against the rules. Take care when setting up your lighting and you are good to go. Photo tips are guidelines and should be broken from time to time.

Article Source: http://www.articlesbase.com/photography-articles/this-photo-tip-breaks-the-portrait-photography-rules-5994042.html
About the Author


To learn more and enroll in a FREE "photo tips" course, go to: http://OnTargetPhotoTraining.com

Bonus...You will also get YOUR free copy of "7 Secrets To Stunning Photos!" AND you'll get a FREE daily photo tips newsletter! Check it out!

Dan Eitreim has been a professional photographer in Southern California for over 20 years - his data base exceeds 6000 past clients, and he says that learning photography is easy, if you know a few tried and true strategies.