When taking photos in busy places such as cities, it is a good idea to be aware of your rights as a photographer. Do you have the legal right to photograph strangers on the streets, or impressive buildings in the business district?

The law varies between different countries, but most countries have reasonably similar laws. The advice given in this article is not legal advice, and you would be advised to check the laws of the specific country you are photographing in. 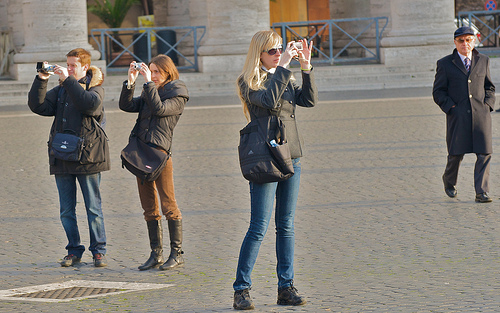 In most countries, it is legal to take photos in a public place. So anyone or anything that you can see from the street is okay to photograph, unless that person has a reasonable expectation of privacy.

If you are photographing a family eating dinner on a table outside a restaurant, the family has no expectation of privacy as they are in a public place. But if you took a photograph looking through the front window of their house, showing them eating their dinner in their front room, that could be considered a breach of privacy.

The other things that you can't photograph from a public place are certain government facilities. This usually includes military bases and nuclear power stations.

On private property it is up to the owner or manager as to whether you can take photos. With places that are open to the public, it is usually safe to assume that photography is okay unless you see a notice or are told otherwise. 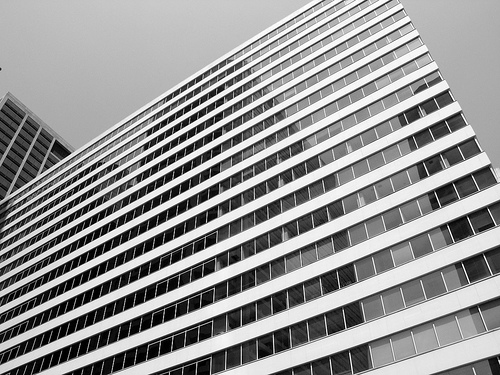 Taking photos of private property from a public space is perfectly legal, though security guards may try and convince you otherwise. Be sure that you are in a public place though. Many office buildings have walkways through the grounds that are open to the public, but the land is actually private.

Often there will be a line marked in the ground around the edge of the property (usually marked with brass studs) to show where the public land ends and the private land begins. If a security guard insists that you are on private property, ask them to show you where the boundary is. 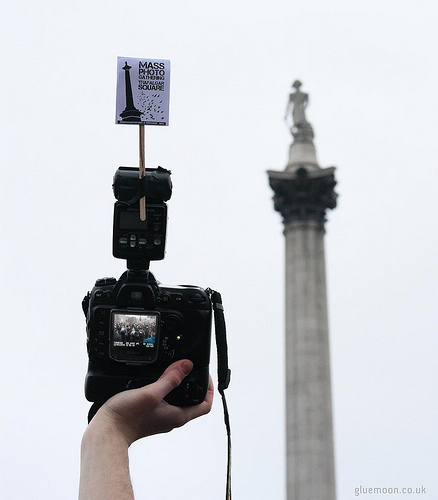 If you are asked to show your photos, it is easiest and quickest to comply with the request, whether the officer has any reason to suspect you are committing a crime or not.

You may want to uphold your legal rights by refusing the request. But this will usually result in having to wait around for a long time while the officer calls in more officers, and you may eventually end up being put under arrest. After spending the night in a cell, and once the police have viewed your images, you will likely be released without charge. 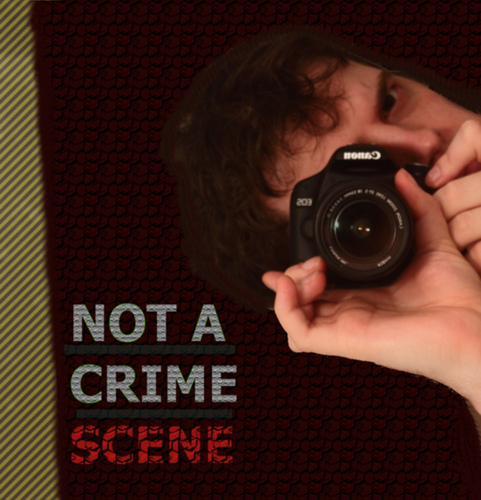 When photographing people in public places, it is important to be respectful. If someone doesn't want their photo taken, you don't legally have to stop taking photos of them. But it is much friendlier, and easier to apologize and comply with any requests. Likewise if anyone asks you to delete a photo of them that you have taken.

If a security guard asks you to delete photos of a building I wouldn't be so keen to comply though. Buildings don't have feelings, and the fact is that architects normally design buildings to look good. So preventing taking photos of the architect's good work is just silly. 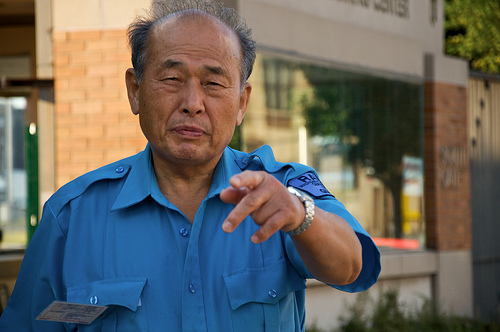 If you are asked to delete your images by police, then unless the images aren't important, it is better to stand your ground. They will need a court order to force you to delete the images.

Carrying a copy of a photographer's rights document can be a good idea. Then you can show it to the police to show that you know your rights. It will also inform the officers of what your rights are. (You can't expect the police to memorize every single law there is). Look online and you can probably find a copy of photographer's rights document for your country. 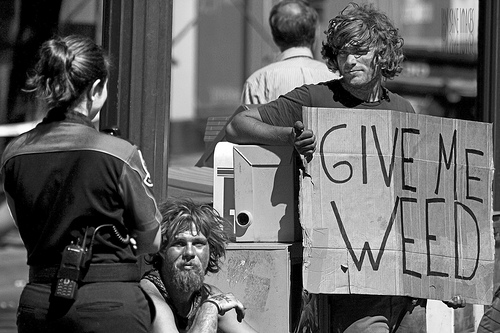 Use your common sense when photographing people. You can photograph them from close-up, but don't ram a camera in front of their face. A low angle shot that shows up someone's skirt of kilt would be an invasion of privacy, and you could be prosecuted.

With regards to selling images of strangers, you can normally sell the photos for non-commercial work, e.g. for use in a Newspaper article. But you can't sell them for commercial work e.g. use in an advert. If you want to use the image in commercial work, you need to ask the subject to sign a model release form. Just do an internet search and you can find a variety of websites offering these for free. 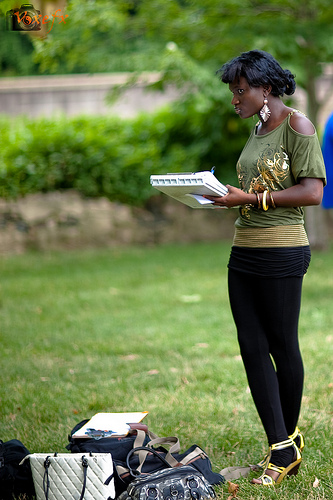 For buildings you may need a property release form signed to be able to use the images commercially. This is generally considered best practice and will protect you just in case.

To sum up, be polite and respectful. If the police stop you, work with them rather than against them. If you're not sure whether someone will mind having their photo taken, you can always ask them. The worst that will happen is they'll say no.

How much image editing is acceptable? 5 Landscape Photography Tips And Techniques