How to use lines and shapes for better photos

You can find lines in almost any scene, but it's how you compose your photo to make use of the lines that is important. Try to compose the shot so that the line(s) lead into the image. 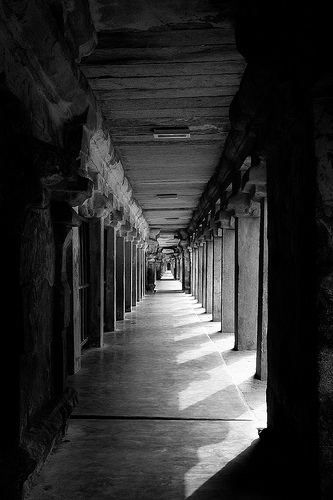 By doing this, you ensure that the leading lines lead the viewer's eye into the image instead of out of it. The line should ideally start near a bottom corner of the scene, and then lead into the scene until it reaches your main subject.

If a line isn't leading where you want, you can often change the apparent direction of a line by moving or changing the camera angle. You can also create lines by arranging elements in the photo so that they form a relationship with one another.

A line doesn't need to be a continuous single line, but if it has gaps in it, then the gaps should be fairly uniform. If one gap is too large, it will break the line, and it won't work so well as a leading line.

Converging lines also work very well to convey a sense of depth to an image. We know that parallel lines appear to converge together as they get further away in the distance, and so by using this technique we can perceive the same effect in a 2D photo. 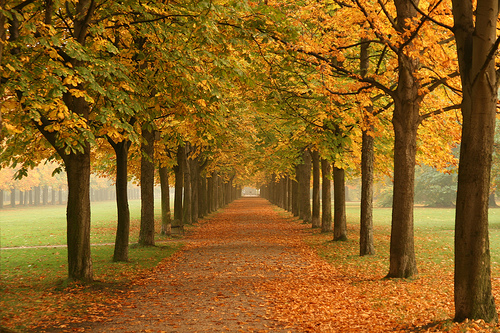 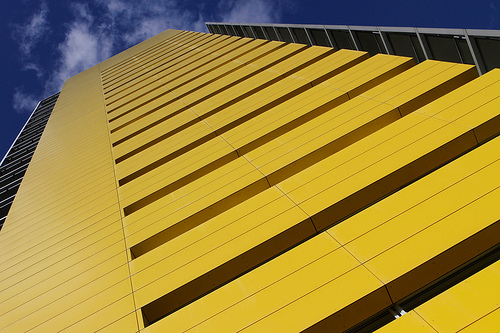 Curved lines can give a feeling of gracefulness and smoothness to an image. 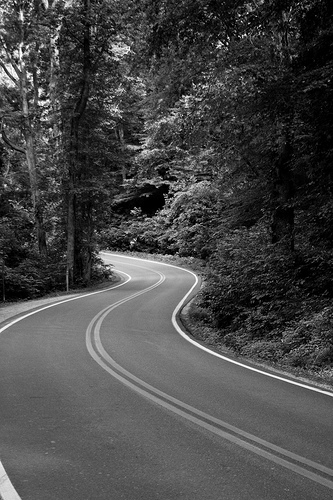 Vertical lines can convey strength and rigidity, imposing on the surrounding area. 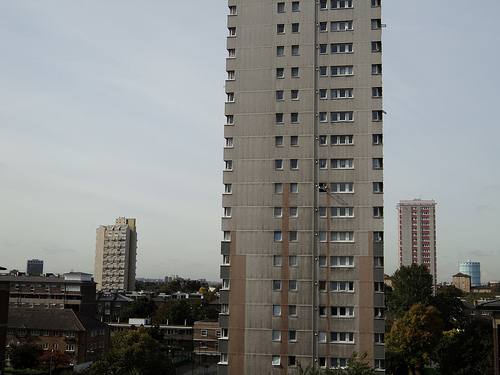 Horizontal lines can have a similar effect to smooth curved lines, giving a feeling of tranquility and peacefulness. 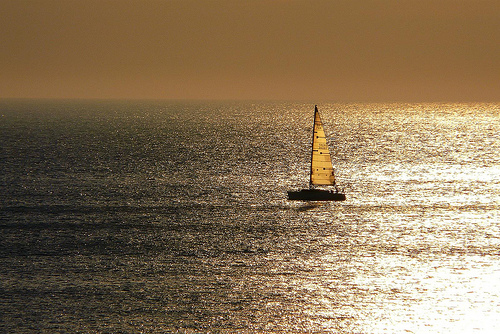 Shapes are also important, giving structure to your image and allowing (or not allowing) the viewer to identify objects in the photograph. 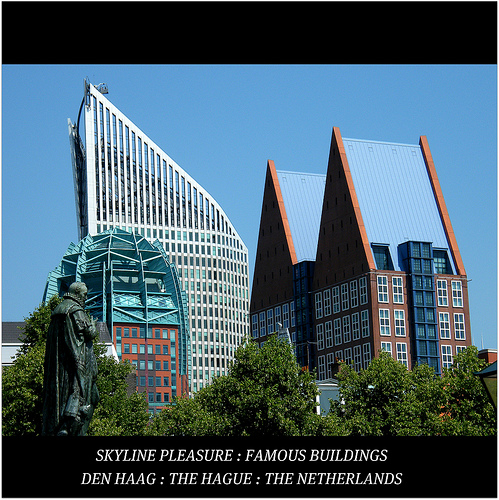 Think of the shape as being the outline of an object. A silhouette shows only the shape of the object. Then 3D form can be brought to the shape by the way that light hits the object, creating highlights and shadows, which reveal depth.

A shape can be emphasized by placing it against a plain or contrasting background. In the image above, the shape of the buildings is quite visible as they contrast against the sky. This is probably what you will notice at first.

The statue however, is less visible, and draws less attention to itself. This is because it does not contrast against the background so much, it is a similar tone and color to the trees behind it.

By composing your photo so that it does not contain easily recognizable shapes, you can create an abstract photo. Shapes and lines are very important in abstract photography, but it is not meant to depict an actual object or event. 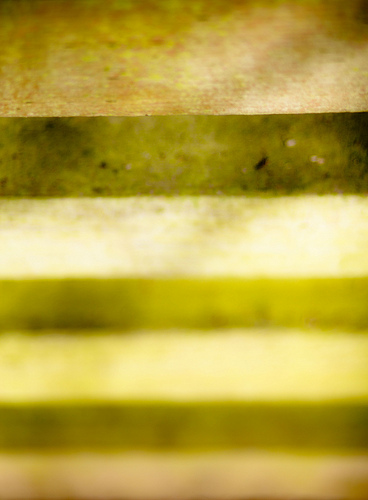 So make sure you pay attention to both shapes and lines in your images. Using paths, roads, fences, sides of buildings etc. to create a leading line is an effective and easy to use tool when composing your photos.